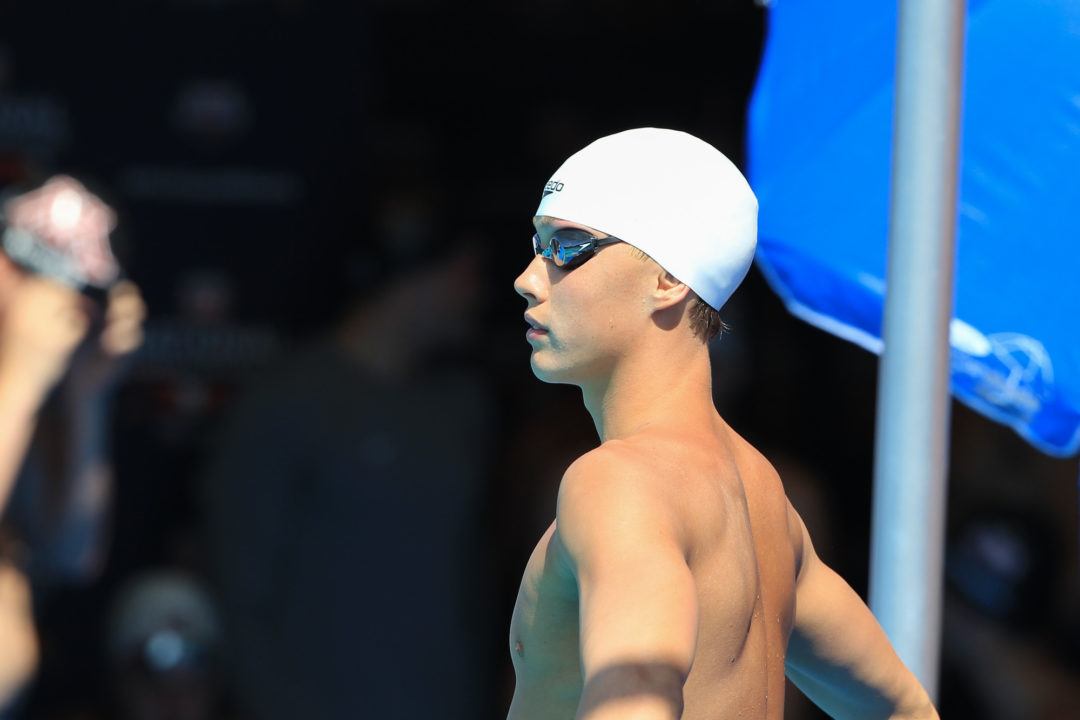 Just as I opened a window to write about Gianluca Urlando, who after his 200 IM on Sunday morning was the 3rd-fastest 15-16 in history, Carson Foster of the Mason Manta Rays swooped in from heat 11 and stole the headline. Foster swam a 1:59.71, which put him 9th in the heats and through to the B-Final, and breaks the 15-16 National Age Group Record in the event.

Foster ages up on October 26th of this year, while Urlando doesn’t turn 17 until March 16th of next year. Foster entered the  meet with a best time of 2:00.72 from Columbus, while Urlando’s previous best, also done earlier this month, was 2:03.58.

Fostesr was fairly aggressive on his race, opening up in a 56.06, but gave back significant time to most of the modern IM’ers in this race on the breaststroke. His closing kick of 28.03, however, was almost Phelpsian, and in fact was the third-best closing split of the entire field on Sunday behind only Seliskar (27.97) and another age group phenom, Destin Lasco (27.73).

Foster trains with the Mason Manta Rays in suburban Cincinnati and is verbally committed to attend Texas beginning in the fall of 2020.

He is also close to Ryan Murphy’s 200 back record. Glad he will still be 16 when he swims Jr Pan Pacs.

I haven’t seen an age group male like him since MA a few years ago. Hopefully Carson can follow a similar trajectory of the amazing one Andrew is on.

wow Phelps was terrible at breaststroke when he was younger

Love the split comparisons, thank you