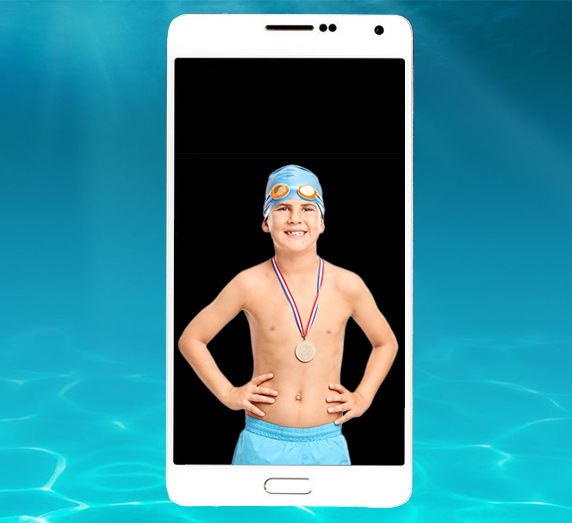 As a parent, you go to a swim meet and see swimmers doing all kinds of things, many involving phones; either listening to music or playing video games Current photo via Take Your Mark Sports

Sharpen up those pencils and get to work on the latest SwimSwam Crossword Challenge. Past and present swim knowledge will be put to the test.

As a parent, you go to a swim meet and see swimmers doing all kinds of things, many involving phones; either listening to music or playing video games. The kids have to spend their time doing something right? But does playing video games help, hurt, or make any difference in swimming performance? And if they help, which games work best?

While there’s not a lot of data out there to prove that video games actually enhance swimming performance, there is strong evidence to support the theory that playing certain games does improve performance among other sports. Logically, if video games help other athletes, they could help swimmers.

In a New York Times article, professional athletes from a range of sports said that video games improve their physical and mental skills, in part because the quality of the sports games has become incredibly accurate.

Conor Chin, a professional soccer player, says he plays FIFA Soccer about an hour a day and claims they help him tune his mind to the sport. When hockey player Rob Schremp was injured, video games helped him stay sharp and focused. Joey Lagano, a NASCAR driver, uses iRacing.com, which has accurate simulations of tracks. Lagano uses these simulations to test out an unknown race location.

Athletes and Video Games: What Does Science Say?

While there is still a lot to learn, there are a few interesting studies that relate to video games and athletic performance. One study from a German university found that Wii Bowling, a game that uses motion sensors, can improve the performance of competitors. By using the game, which simulates the motion of rolling a bowling ball, the researchers found that people who train with the game had higher scores than those who did not. While previous studies have shown that video games can improve strategic thinking (such as soccer and hockey strategy), this study found that motion-based games can improve the physical performance as well.

Over multiple experiments comparing individuals playing different types of games such as strategy games vs. action games, those playing the action video games outperformed those playing strategy games when tested for visuomotor coordination. Playing these games requires reacting quickly and accurately to events that happen on the screen and improves coordination in other tasks as well, according to the study.

Caveats to video use include becoming addicted to games to a point that it reduces necessary sleep before meets as well as getting in the way of being productive to other areas in your life, such as schoolwork and relationships.

How Does All This Apply to Swimmers?

While it hasn’t flat-out proven that video games are beneficial for swimming, the evidence is there for other sports. Perhaps this form of entertainment really can improve swimmer’s performance. Swimming doesn’t have the complex team strategy of soccer or hockey, and the pools don’t really change like the racetracks of a NASCAR circuit. So how can swimmers take advantage of video games?

You can start by choosing video games that are best suited to help swimmers get their swimmer brain started before or during a meet. For iPhones, younger kids could choose games like Swim Meet: Finger Racing and Stick Man Swimming Light.

If it’s true that action games enhance coordination (as the Psychological Science study claims), then popular franchises like Call of Duty or Assassin’s Creed would certainly be a good choices. Hand-eye coordination in swimming comes into play during the start and turns and general coordination through the body’s motor movements. While training for the 2016 Olympics Michael Phelps said he played over 500 games of Call of Duty. Of course always consider the swimmer’s age and maturity level before allowing them to play action games.

While you can’t find many games that will improve your physical strength and conditioning, using action video games to get kids “heads in the game” as well as improving hand-eye and general coordination is certainly possible!

About Take Your Mark Sports LLC

Take Your Mark Sports™ LLC specializes in the development, manufacture, and marketing of body marking products for athletes. SportSafe™ markers were born out of the need for young swimmers to safely mark their event, heat  and lane numbers on their bodies for swim meets. Since then, innovative new marking products have been developed for a variety of sports including triathlons, obstacle races, swim meets, running events, CrossFit competitions, open water swimming, roller derby, wrestling meets, volleyball tournaments, football camps, lacrosse camps, and more. All SportSafe™ inks and tattoos are made in the USA with FDA compliant cosmetic ingredients.

I have to, in part, disagree. My experience is that video games (and cell phones) distract swimmers away from the swim meet. This COULD be good for the ones who gets too excited (nervous), affecting their performance. For these kids the cell phone COULD help taking away some of the pressure they feel during a meet. But for the majority of the swimmers I have had, it takes away their focus on the meet, and affect negatively on their performance. Kids stay on their cell phones (playing games, social media, and texting to their parents and friends) and cannot focus back on their races when they need. Plus they don’t see other kids racing, losing a great opportunity to learn… Read more »

Ridiculous. It might get you “tuned” to the sport but literally, kids are on their phones so much the only effect they have would be negative. They can event cause kids to kiss races