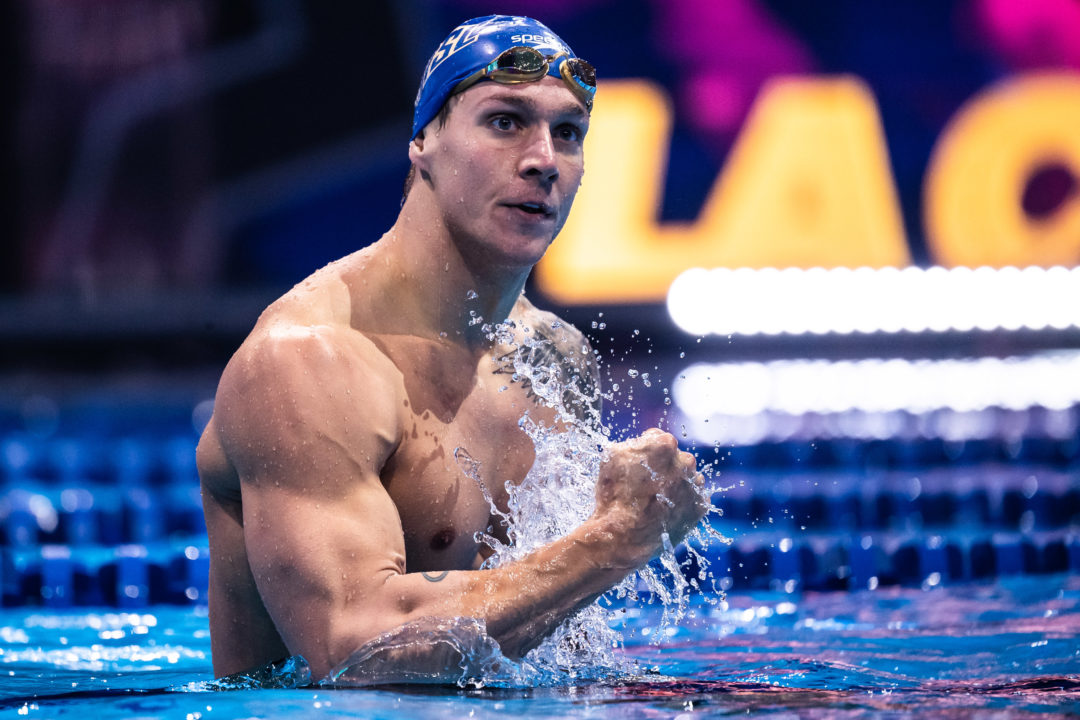 Caeleb Dressel set his second world record inside 40 minutes in the men's 50 freestyle, clocking 20.16 to erase his mark of 20.24 set in 2019. Current photo via Mike Lewis/Ola Vista Photography

Coming off of a earth-shattering world record performance in the 100 butterfly, Cali Condors swimmer Caeleb Dressel set his second all-time mark within 40 minutes during the ISL Grand Final.

Dressel swam to a time of 20.16 in the men’s 50 freestyle, breaking the world record he set during last season’s ISL final of 20.24. Prior to that, the fastest swim of all-time belonged to France’s Florent Manaudou, who held the mark for five years in 20.26.

The 24-year-old Dressel narrowly missed resetting the record during this season’s semi-finals as well, clocking 20.28. He now owns three of the five-fastest swims of all-time.

Manaudou, who competes for Energy Standard, was the runner-up in the race in a time of 20.60, while LA Current member Kristian Gkolomeev was third in 20.75 to lower his Greek Record by .05.

How much rest did he even get after the 100? Incredible double