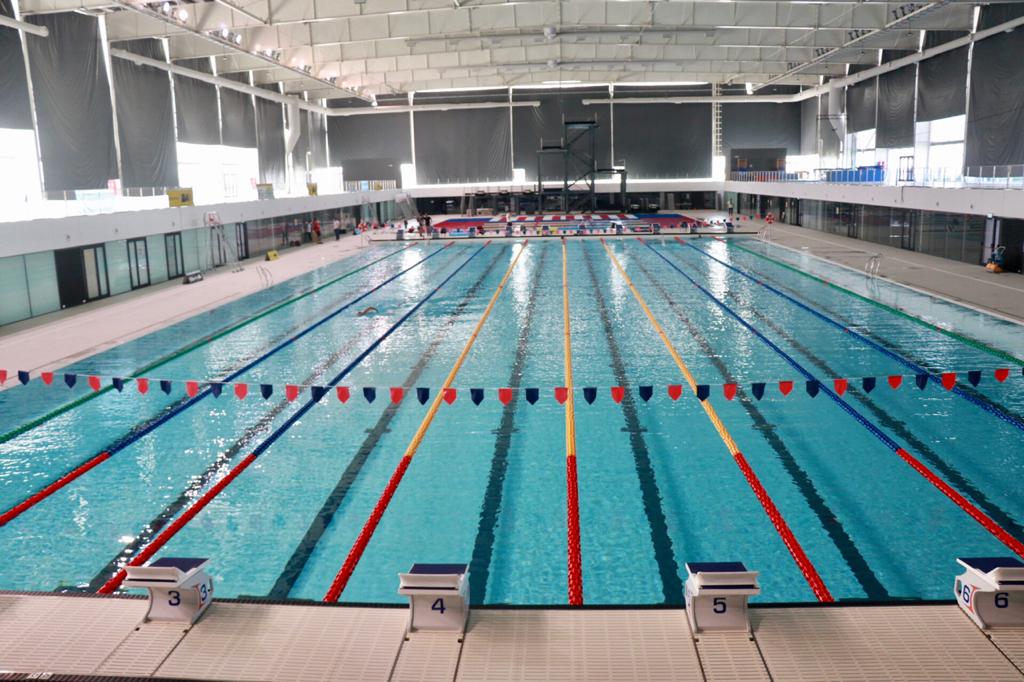 The venue was slated to host this year's Olympic-qualifier South American Championships, which wound up being canceled due to the COVID-19 outbreak. Stock photo via Ciudad de Buenos Aires

The newest swimming complex in Argentina and one of the most modern in all of South America reopened this week following a six-month shutdown as a result of the confinement in response to the coronavirus outbreak that still affects most of the country.

The Olympic-sized swimming pool, which hosted the swimming events during the 2018 Buenos Aires Youth Olympic Games, was ready to host the South American Championship earlier this year, slated to run between March 25 and the 29, but the tournament wound up being canceled just shy of its start date due to the irruption of COVID-19. As a result, the entire Olympic Park site has been closed throughout these past few months.

Argentina’s national team, for one, had designated a 24-strong squad to compete at home in an international competition, but the national quarantine declared on March 20 forced the group to dissipate, leaving swimmers pool-less for nearly three months, until the long-awaited return became a reality for some of their elites, such as Delfina Pignatiello, who resumed her pool training in early June.

However, that was not the case for all national team members, as only those who had already qualified for the postponed Tokyo 2020 Olympic Games were allowed to train. Beyond Pignatiello, the other Argentines in that condition do not reside in the country –Santiago Grassi resides in the United States where he attends college at Auburn in the state of Alabama, while Julia Sebastian lives in Brazil. Both recently signed with LA Current for the International Swimming League’s (ISL) forthcoming second season.

Other Argentinian swimmers who notched FINA qualifying standards for Tokyo in the months leading to the Games were able to join the training group. Although, some found difficulty as they navigated through their return, such as Agustin Hernandez, who did not find a usable pool until just recently.

In Buenos Aires, most national team members will continue to train at the National High-Performance Center (CeNARD), located north of the nation’s capital. For now, the Olympic Park pool will house athletes pertaining to the junior national team, as well as other federated swimmers from the metropolitan area.

“The swimming complex will open from Monday to Friday from 8 a.m. to 6 p.m. Its operation will be under strict protocols, including limiting the number of swimmers per lane to no more than one per shift, by establishing an appointment-based reservation system where each session lasts an hour and a half,” the statement issued by Buenos Aires authorities reads.

The venue houses the two pools that hosted the swimming events during 2018 the Youth Olympic Games when Argentine ace Delfina Pignatiello claimed Youth Olympic silvers in the 400 and 800-meter freestyle.

Following the reopening, it is expected that the venue will host the South American Championships as a lead-in to the Olympics, although no official statement has been issued in that regard as of yet.

This pool is not close to city of BA. It is beautiful but not sure how many competitive swimmers use it.?

Well, the pool is inside the city of BA. Yet I am not sure how many competitive swimmers use it.

Great facility. Didn’t really dig walking thru the abandoned amusement park to get to the pool, though, especially at night. #scoobydoo