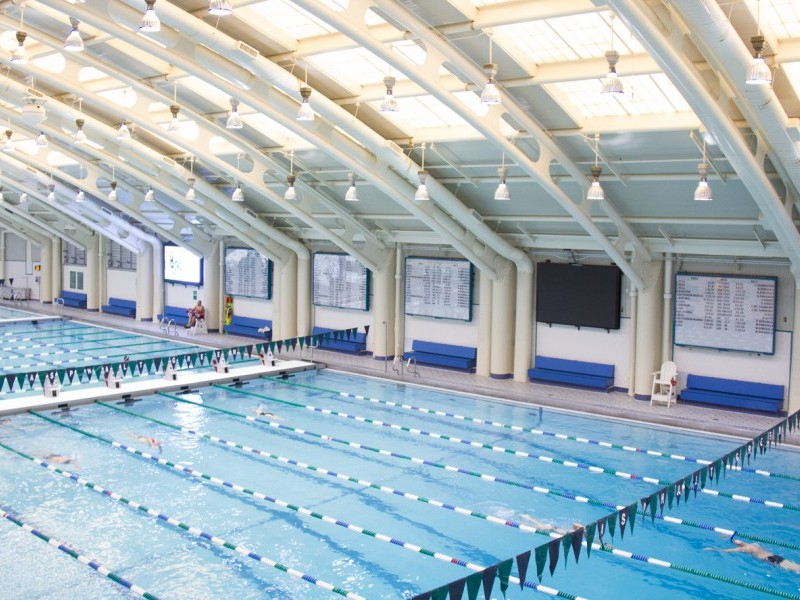 This week's Team of the Week is Asphalt Green Unified Aquatics (AGUA), a unique program nestled in the heart of New York City. Current photo via Courtesy: Asphalt Green

While swimming around the still looks a lot different than normal due to the effects of COVID-19, we’re still highlighting and celebrating swim teams from across the country. This week’s Team of the Week is Asphalt Green Unified Aquatics (AGUA), a unique program nestled in the heart of New York City.

AGUA is a  USA Swimming Club that has roughly 300 athletes from across New York as well. Over the last few years, AGUA athletes have gone on to compete for some of the top universities in the country. The club is also known for its unique water proofing program, in which senior athletes provide over 3,000 free swim lessons to second graders in all five boroughs of New York City.

We caught up with head coach David Rodriguez to get his take on what makes AGUA special, as well as some of his thoughts on coaching in general. Rodriguez describes his coaching philosophy simply as…

My coaching philosophy embraces creating opportunity to fail in training. When athletes understand that failure is part of the journey, they ultimately compete with less trepidation in both practices and meets.

Every great team has something that unites the team in a particular way, and Rodriguez pointed to the team’s outstanding leadership from the swimmers as something that’s stood out to him.

We have had great leadership from our last few graduating classes. When the same athletes who are standing atop national and international podiums are also the hardest-working swimmers in training, it sets an elite tone throughout the entire team. One of our top priorities is preparing athletes to be successful at the collegiate level and beyond. We put a premium on relays and competing as a team including mid-season meets where we arrive to win. The athletes get excited about trying to succeed as a team, and we use that common goal as a motivator to work together.

We also love asking coaches about their team’s “iconic” team set — the one that the swimmers know and love, or at least tolerate and that coaches have found particularly effective.

We have a few sets that come to mind. With the success we have had in the IMs and 200s of stroke over the last few years, a classic set we do long course is 3×200 IM and 4x50s of stroke at a given pace. We do this set every few months and it can vary from two rounds all the way to five rounds. I’ll manipulate the intervals and intensities throughout the season on the 200 IMs. The 50s will vary in rest depending on the time of year. Early in the season, the focus is on stroke count and we become pickier on the actual paces as the year progresses.

No matter how big or small the team, every coach finds some aspect of coaching to be a struggle, and it’s always great to hear from coaches what they identify their primary struggle as, but also how they’ve learned to overcome it.

Complacency. I think that leaks into your athletes and things can get stale. I don’t know if I have completely figured out the answer to this. When you are leading an aquatics department and program the size and scope of ours at Asphalt Green, you end up getting pulled in many directions. It is easy to stop asking “why” if something works. I think our staff and athletes drive one another towards our common goals. I am lucky to be surrounded by people that are inquisitive and push me in the same way I do them.

Coaching at a place like Asphalt Green leads to plenty of great memories, and Rodriguez shared just a few of his:

I think as a coach you have so many great memories because each one of your athletes has a unique journey to accomplish whatever it is that they set out to do. With that said, I would first have to say Isabel Gormley’s silver medal performance at the 2019 World Junior Championship in Budapest. Two weeks prior, we had Dylan Rhee win the 200 Breaststroke at Long Course Junior Nationals in Palo Alto. Gormley’s swim was a huge drop from 4:45.0 down to 4:39.1 in the 400 IM. While the moment was unforgettable the journey we had as coach and athlete came full circle in this moment. As luck would have it, I had the pleasure of being her primary coach from ages nine to 18. Rhee’s performance was a great story in resiliency as only six days earlier he had missed his opportunity to make the World Junior team by .17. It was a long road for those six days but being able to watch him dig down on that last 50 and make the adjustment on his finish to win was incredible.

Asphalt Green Unified Aquatics is one of 3,000 swim clubs in the United States. How can we grow that number and promote the sport?

About how many meets does Agua go to a season?

This is where Lia Neal grew up training yeah?