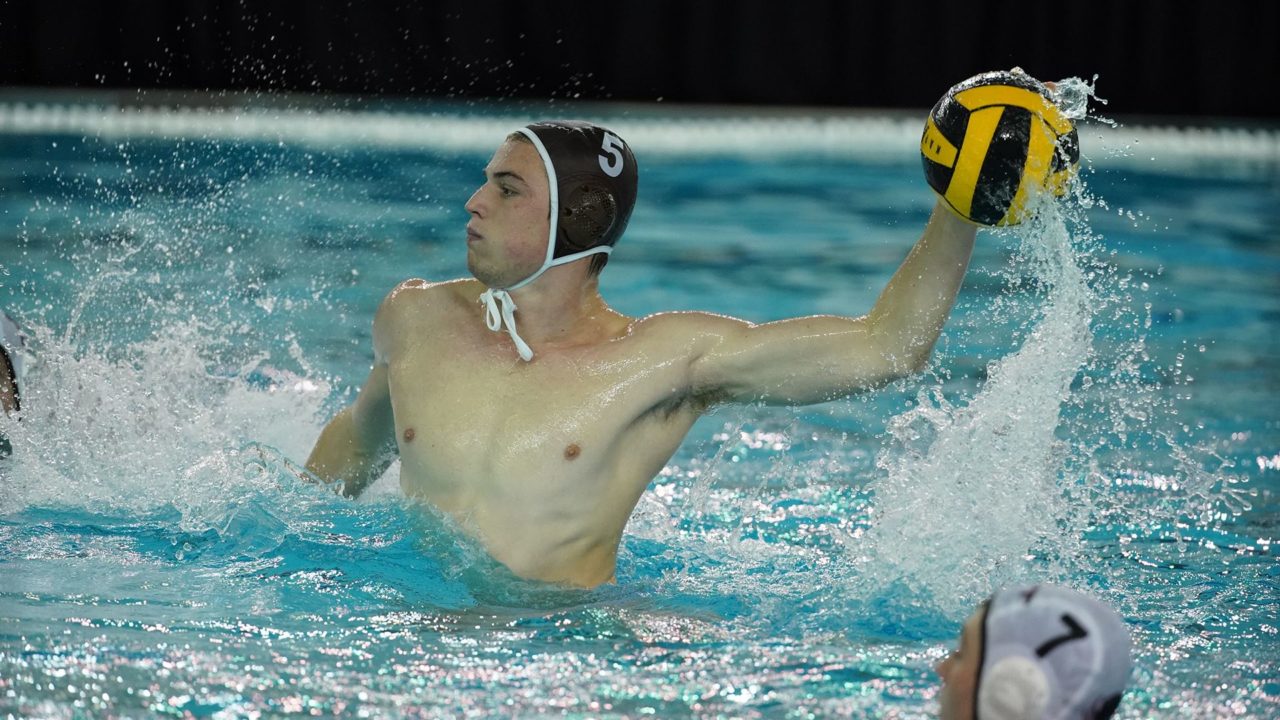 Loyola Marymount’s Blazo Mitrovic was one of three men to turn in eight goal performances on Week 7 of collegiate water polo and he parlayed the effort into a Western Water Polo Association Player of the Week nod.

Other standout performances by conference are listed below.

Defensive Player of the Week: Max Sandberg, Navy – Posted a career-high 11 saves and two steals in the Midshipmen’s 15-12 upset win over #16 Fordham

Rookie of the Week: Adam Hudson, Salem – Registered seven goals in three games for the Tigers; tallied two goals, an assist and a steal in a 16-8 win over Connecticut College; notched a goal, an assist, two steals and a drawn ejection in a 20-14 loss to McKendree; went 4-for-4 in the Tigers’ 24-13 win over Washington & Jefferson.

Player of the Week: Matt Olimski, Penn State Behrend – Racked up 53 saves and two steals in three games; turned in a conference leading 24 stops in a 12-11 win over Iona, which was PSUB’s first win over a Division I team; added 24 saves in a 13-11 overtime loss to Mercyhurst; tacked on five stops while splitting time in the cage in a 19-7 loss vs. Gannon.

Newcomer of the Week: Tommy Gruwell, UCLA – Put in three goals, while adding two drawn exclusions, three steals, two assists and a field block across three games; notched two goals, two exclusions and a steal in 14-10 win over #3 Pacific; turned in two assists and a steal in a 12-6 win over #20 Cal Baptist; registered a goal, a steal and two field blocks in a 10-8 win over Whittier.

Player of the Week: James Thygesen, Brown – Notched 11 goals and three assists in four contests; put in four goals in the team’s 10-9 win over Wagner and in a 12-9 victory over LaSalle; added a hat trick in a 16-10 upset win over #15 George Washington.

Rookie of the Week: Cole Atwell, Brown – Registered 11 goals, four assists, four steals and four ejections as the Bears went 4-0; notched a hat trick in 10-6 upset win over #17 Pomona-Pitzer; put in two goals and added two steals in a 12-9 win over La Salle; dished out three assists in a 10-9 win over Wagner.

Offensive Player of the Week: Dylan Elliott, Pomona-Pitzer – Scored 11 goals on the week, while adding an assist and a steal as the Sagehens went 3-2; put in two goals and added an assist and a steal in a 15-9 win over Chapman; scored once in a 10-6 loss vs. RV Brown; recorded five goals in a 17-16 overtime loss to #9 Harvard; notched two goals in a 10-4 win over La Salle; tacked on one goal in a 10-4 win over MIT.

Player of the Week: Blazo Mitrovic, Loyola Marymount – Scored 10 goals in a pair of conference wins; notched two goals and three assists in a 15-9 victory over RV Santa Clara; netted eight goals and added nine assists in a 16-14 win over Air Force.