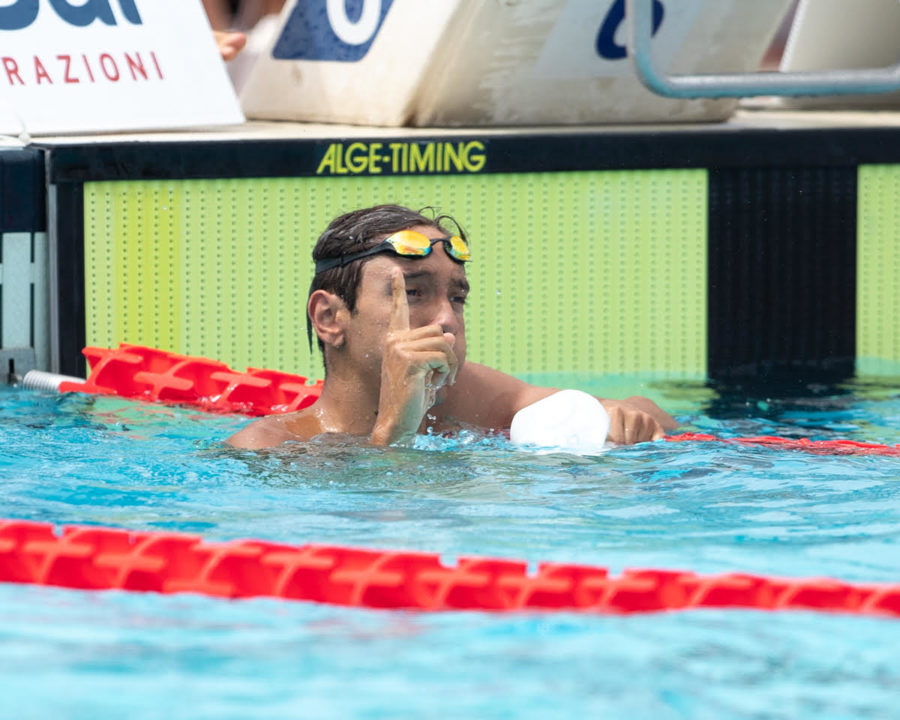 Correia's previous best was a 1:47.26, which was done at the 2019 Worlds prelims where he was just a couple of tenths from making the semifinals.  Archive photo via “Rafael/Domeyko Photography”

21-year-old Brazilian sprinter Breno Correia went a lifetime best over the weekend in the 200 free, posting a 1:46.6. His swim was reported by Brazilian journalist Alex Pussieldi, whose tweet can be seen below.

This is a significant swim, both for Correia and for Brazil as Tokyo draws nearer. Correia’s previous best was a 1:47.26, which was done at the 2019 Worlds prelims where he was just a couple of tenths from making the semifinals.

Looking at the big picture, this was a great sign for him just six weeks out of the 2020 Seletiva Olímpica (FKA Maria Lenk Trophy), where the 2020 Brazilian Olympic team will be assembled. This is a one-meet qualification process, which strays from Brazil’s seven-meet process in 2012 and the two-meet process in 2016.

Correia continues to stand out as a fixture on the Brazilian team; in 2018, he anchored Brazil to a surprise gold medal and new World Record in the 4×200 free relay at the 2018 FINA Short Course World Champs, splitting a field-best 1:40.98. He also split a 1:46.03 anchoring Brazil’s relay at long course Worlds prelims in 2019 as they set the South American record, though they gained time and touched in seventh in finals.

Individually, Correia looks like a clear favorite for an individual Olympic spot on the Brazilian team in this event, alongside Fernando Scheffer. Scheffer holds the Brazilian record at 1:45.55 from the 2018 Brazil Open. Correia’s time leaps Scheffer’s 1:47.31 season-best from December, putting Correia into the top ten.

As far as relays go, Brazil’s 4×200 performance at Worlds last year qualified them for the Olympics, where they’ll try to make a play for a medal and build off of their recent record-breaking successes in this event. Correia and Scheffer are Brazil’s two big guns for this relay.