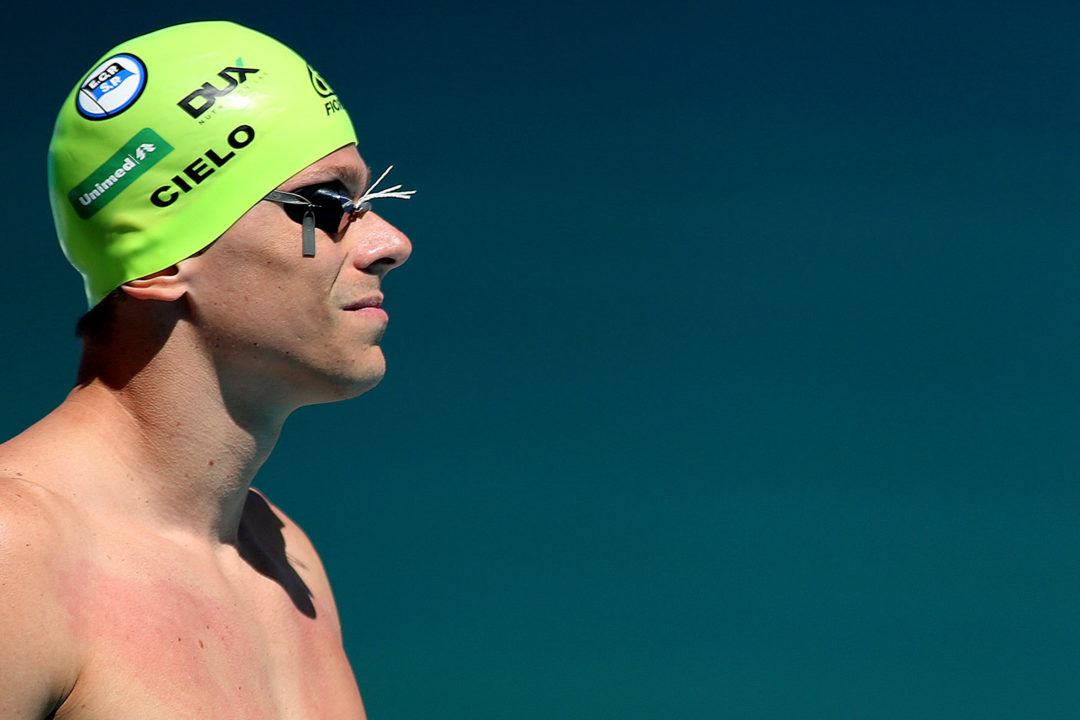 The Brazilian men broke the South American Record in the 400 free relay in both prelims and finals. Archive photo via Satiro Sodre/SS Press

The Brazilian men lowered the South American Record in the 400 free relay twice on day 1 of the 2018 Short Course World Championships in Hangzhou, culminating in a bronze medal victory in the final.

The team of Matheus Santana, Marcelo Chierighini, Breno Correia and Cesar Cielo had gone 3:05.70 in the preliminaries, a time that qualified them 2nd for the final and also snuck under the old Continental Record of 3:05.74 from the 2010 Championships. Correia’s split of 45.32 was the fastest in the field. Both Cielo and Chierighini were apart of that 2010 team as well.

In the final, they switched the order around a bit, putting Cielo third and Correia on the anchor, and they dropped the record down to 3:05.15 to win bronze. The U.S. team won in a new world record time of 3:03.03, and the Russians were 2nd in a European Record of 3:03.11.

Below, check out a split comparison between the old and new South American Records:

The biggest difference in the final came from Santana, who was nearly six-tenths quicker than than the morning on the lead-off leg.

If I am not mistaken, Santana did a PB. Cielo is clearly in his last days in swimming. His last dive in the pool at SC Worlds(2014), was the last leg of the medley relay where he split the fastest split ever(44.67).