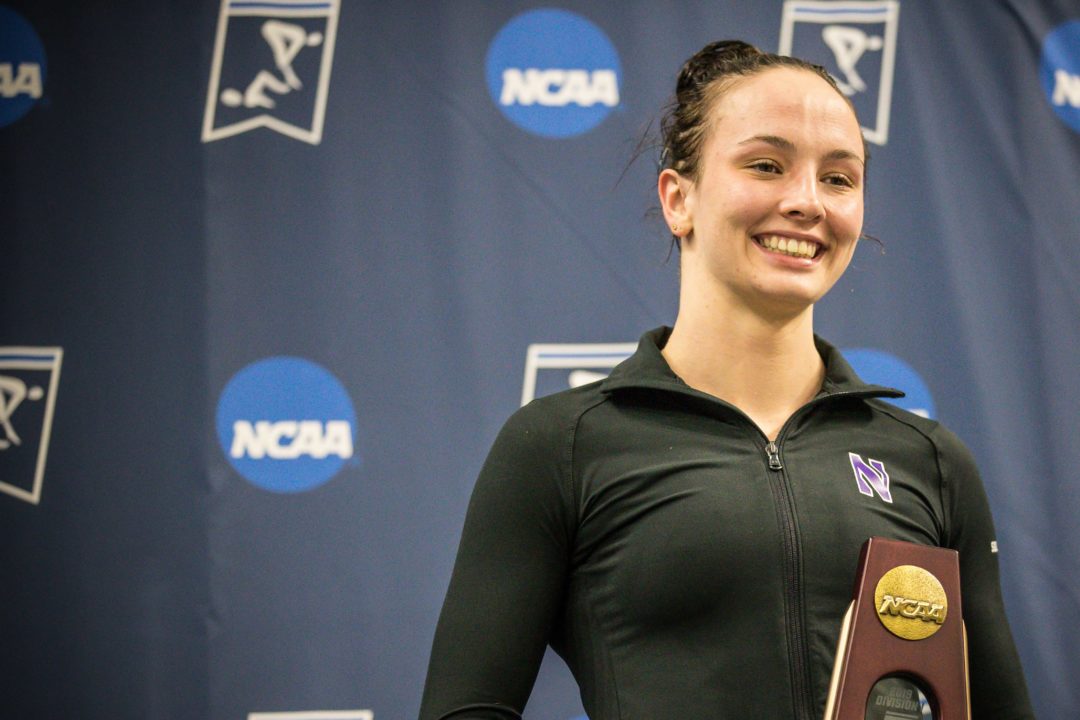 The versatile talent is returning to Northwestern for next season after spending almost a year in her native Australia during the pandemic. Archive photo via Jack Spitser/Spitser Photography

Two-time Big Ten Champion and NCAA All-American Calypso Sheridan is returning to Northwestern for next season after spending around a year in her native Australia during the pandemic. She was scheduled to compete in 2020-21 for her senior season but stayed home as life in Australia is much closer to ‘normalcy’ than in many other countries.

Sheridan confirmed with SwimSwam that she’ll be back next season.

“I’m still in Australia at the moment just because it’s doing so well with [COVID-19] and it’s pretty much normal in terms of restrictions,” she explained. “We have a strict quarantine policy here when you come back from overseas, and I didn’t want to get stuck in a country without family or a place to go if I got sick. It’s been great following my teammates as they break heaps of school records!”

Sheridan’s return is exciting for the NU program, which has continued to develop under the leadership of first-year head coach Katie Robinson. She holds program records in the 200 IM, 400 IM, 200 breast, and 100 back– she was also the 50 free school record-holder until 2021 Big Tens, when senior Maddie Smith popped a 21.94 to snag the record.

At 2020 Big Tens, Sheridan scored 92 individual points and was a key relay swimmer for the Wildcats, including splitting sub-24 leading off their 200 medley relay. Only Beata Nelson and Maggie MacNeil (96 apiece) scored more individually at that meet. The Wildcats came roughly 60 points shy of Indiana for third place in 2020 and were about 70 points off in 2021, without Sheridan, so her return has big implications for the 2022 Big Ten team race.

Next season, Sheridan will be back with the Wildcats alongside incoming freshmen Ashley Strouse, Kenisha Gupta, Justine Murdock and Emily Park.

NU will claim third next year at B1G. You heard it here first.