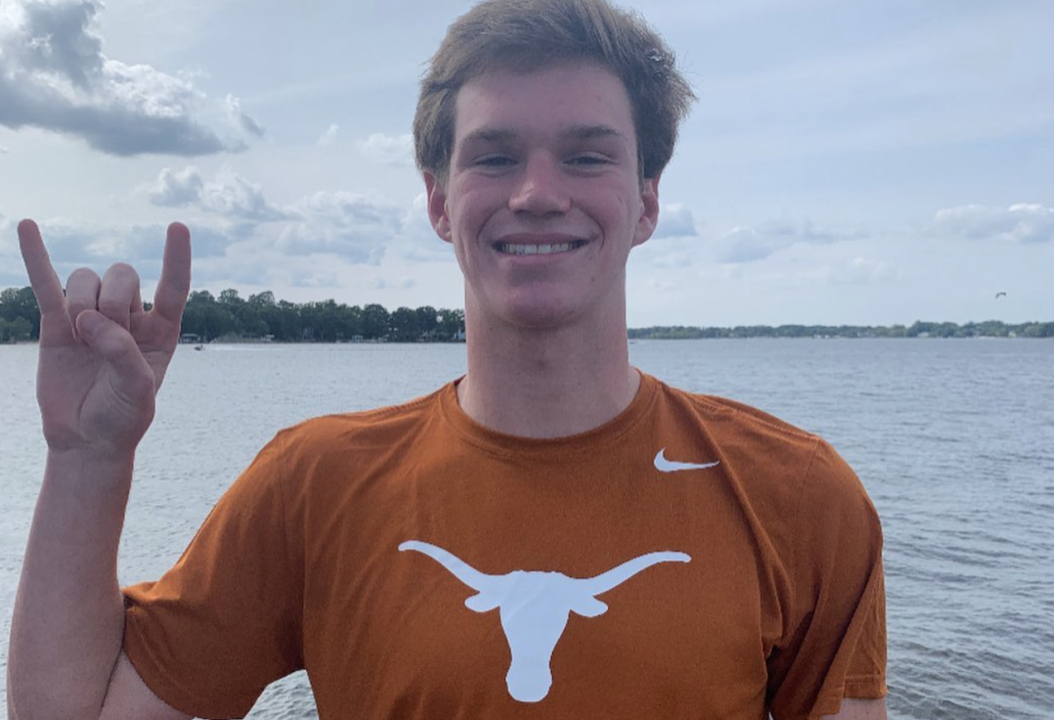 University of Texas swimmer Tim Connery, the 2022 Big 12 Champion in the 100 yard fly as a freshman, has entered the NCAA Transfer Portal. Archive photo via Tim Connery

University of Texas swimmer Tim Connery has entered the NCAA Transfer Portal after one season in Austin.

Connery, who was the #8 recruit in the high school class of 2021, originally verbally committed to Michigan before changing his mind and committing to Texas. He is a native of Davidson, North Carolina, and pre-college trained with superclub SwimMAC Carolina.

Connery came to Texas as one of the more versatile high school recruits that we’ve seen – part of a leading edge of increasingly-versatile swimmers coming into the college ranks.

As a freshman, he focused mostly on the freestyle, butterfly, and IM events, and didn’t swim the breaststroke races, which were arguably as good as any events on his resume coming into college.

Texas qualified more student-athletes than they were allowed to take to each of the last two NCAA Championship meets. The Longhorns have a good class coming in – including the #12, #16, and an honorable mention recruit so far – but not so good of a class that a swimmer like Connery might fear being pushed off the NCAA roster by incoming freshmen.

Entering the NCAA Transfer Portal does not mean that an athlete has to transfer; rather, it gives them more flexibility to discuss the possibility of transferring with other colleges. Because he initiated his entry into the portal after May 1, he would have to apply for an NCAA waiver to be eligible in the 2022-2023 season. Among the reasons the NCAA grants waivers include a head coaching change or a canceled athletic scholarship after May 1 but before July 1.

I guess Eddie is retiring again this summer

Weird is timing. After May 1.

On to Florida my friend. The water is nice.

I think he will be staying south for sure, he has hinted on Instagram to the team of yellow and black. Why not come to the great state of Missouri,

Could be relocating to somewhere else in Texas. Dallas has huge opportunities both inside and out of the pool. SMU would be a great fit.

What is with these SMU commenters?