Beyond the Pancakes: The Lesson I Learned as the Sports Science Guy for USA Swimming 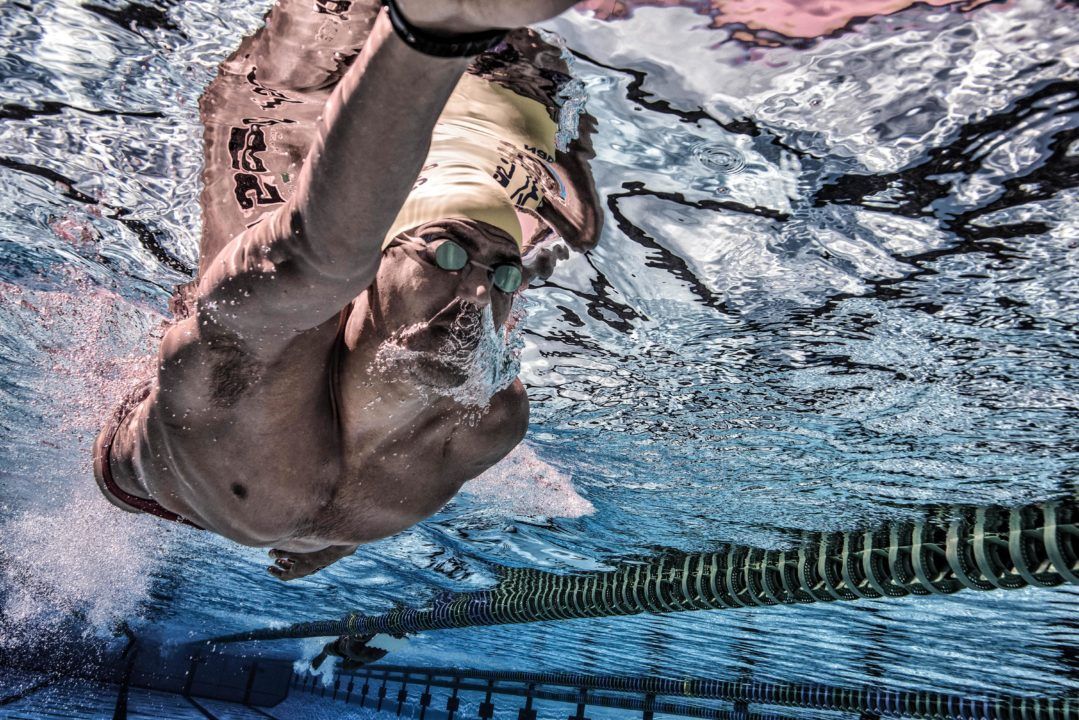 In this episode, Skinner explains how to use a neuroscience approach to teach someone a new technique Current photo via Mike Lewis/Ola Vista Photography

In Practice + Pancakes, SwimSwam takes you across the country and through a practice day in the life of swimming’s best athletes. It breaks down training sessions, sub sets, and what every team is doing to be at their best. But why are they doing things that way? What’s the philosophy behind these decisions, and who’s driving this pain train? In Beyond the Pancakes, we dive inside the minds of coaches and athletes, getting a first hand look at why they do the things they do, and where their minds are pointed on the compass of evolution as a swimmer.

Jonty Skinner has been changing how we see swimming for decades at this point. Not even 3 weeks after Jim Montgomery became the first man to break 50 seconds in the 100m freestyle on July 25, 1976 (49.99), Skinner took a huge chunk off of that world record, blasting a 49.46, a record that would last almost 5 years until Rowdy Gaines broke it in April of 1981. After his swimming career, Jonty coached for many years, including a stint coaching the residential USA national team in Colorado Springs from 1994-2000. This evolved to Jonty becoming USA Swimming’s Director of Performance Science and Technology, and where his journey into the world of neuroscience began.

In the last episode of Beyond the Pancakes, Skinner explained the technique of freestyle he calls “hydro freestyle”, and why he thinks it’s effective. In this episode, Skinner explains how to use a neuroscience approach to teach someone a new technique (in this case the hydro freestyle, but applicable to any change). He explains that you must discuss the change with an athlete outside of the pool, and give their brain a completely new set of neural pathways that the brain can then latch onto and explore. Once you have mastered that, then you can begin to add it into your freestyle.

Skinner also explains that he calls it “hydro freestyle” because it works similarly to a hydrofoil, floating on top of the water instead of trying to move through the water. This concept was inspired by french sprinter Fred Bousquet. At the 2010 European Championships, in the semi final of the 50 free, Bousquet had such a lead at the 35-meter mark that he actually backed down slightly the last 15 meters. Skinner recalls that this was the most beautiful piece of swimming he had even seen to that point; to his eyes, it was effortless power and speed. You can watch that race (though not in great quality) below:

As an example of how hydro freestyle has developed at Alabama, see Robert Howard‘s 100 freestyle victory at the 2019 SEC Championships. His technique is noticeably different from 2nd place Kyle DeCoursey of Tennessee, as Howard (Lane 4) does seem to be floating on top of the water where DeCoursey (Lane 2) has a more traditional, seemingly power-based technique.

Bousquet’s body position may be high, but the slow-motion footage in that clip shows that the bow wave is flowing entirely over his head. In that sense, he’s swimming downhill more than he is hydroplaning.

I like these Beyond the Pancakes videos. Please keep them coming.

The 2019 SEC Championships video would have been good had the camera stayed in focus.

To me, they both look like they are swimming shoulder driven freestyle. I also thought DeCoursey was the faster swimmer but lost the race off the walls.