Beyond the Pancakes: Jonty Skinner On “Hydro” Freestyle Technique 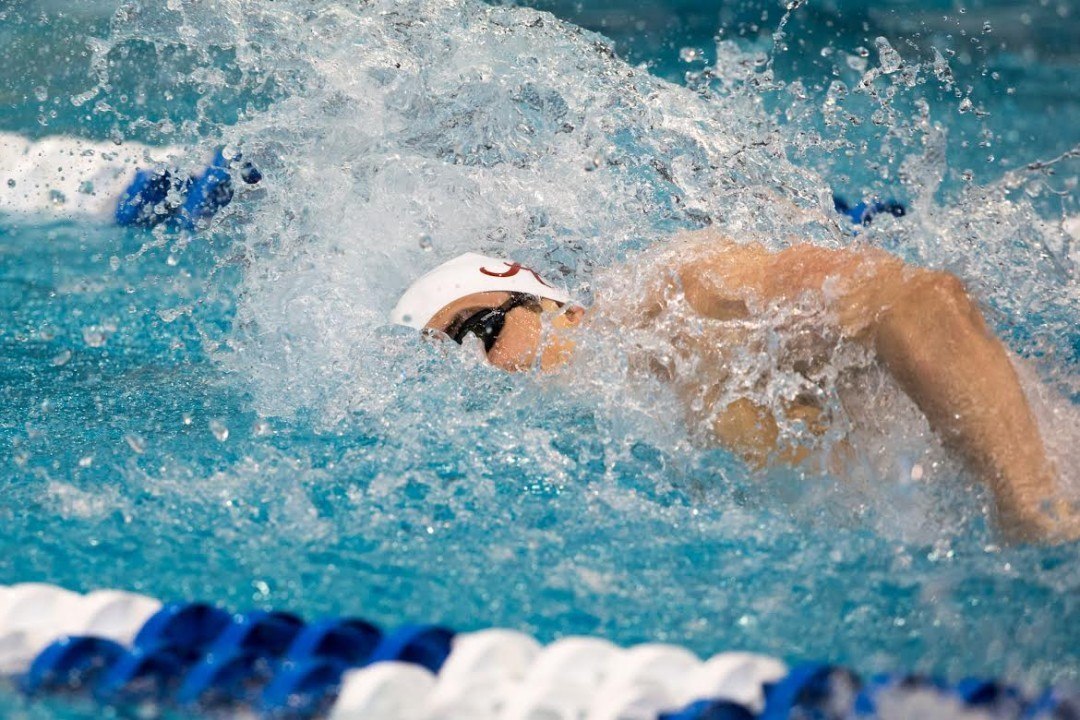 Skinner calls the ideal freestyle technique "hydro freestyle", and it is based on the idea of vaulting yourself over the water rather than pulling yourself through it Current photo via Tim Binning/TheSwimPictures.com

In Practice + Pancakes, SwimSwam takes you across the country and through a practice day in the life of swimming’s best athletes. It breaks down training sessions, sub sets, and what every team is doing to be at their best. But why are they doing things that way? What’s the philosophy behind these decisions, and who’s driving this pain train? In Beyond the Pancakes, we dive inside the minds of coaches and athletes, getting a first hand look at why they do the things they do, and where their minds are pointed on the compass of evolution as a swimmer.

While in Tuscaloosa for a dose of double pancakes (morning practice and afternoon practice), we sat down with legendary coach, swimming scientist, and second man ever to break 50 seconds in the 100m freestyle (first man under 49.5), Jonty Skinner. Jonty is currently in his 3rd stint as a staff member of the crimson tide, having taken on roles in between such as USA Resident National Team Head Coach and Director of Performance Science and Technology for USA Swimming and British Swimming. He also won Alabama’s first ever national title in 1975 in his signature race, the 100 free, and ended his collegiate career with 19 All-America honors.

He calls the ideal freestyle technique “hydro freestyle”, and it is based on the idea of vaulting yourself over the water rather than pulling yourself through it. Skinner uses all sorts of toys and tools to teach this freestyle to his athletes and help them “feel” the technique.

Amazing how good this guy was. 49.44 in 1976! Rowdy Gaines won the Olympics 8 years later in a slower time.
They all looked older than they were, maybe it’s just the mustache. At the time, your swimming career was over at around 25.

Jonty was a champion ocean swimmer (surf lifesaver) before setting world records in the pool. http://swimhistory.co.za/index.php/champions/1961-1991/jonty-skinner

I’m inclined to agree with a ‘vault-like’ analogy, even though I’m not very sure how to coach it that way. I’ve never found the phrase ‘push the water back’ very accurate. We don’t want the water to go backwards. We want the swimmer to move forwards. I would never paddle a canoe and think “I’m pushing the lake backwards.” What makes swimming so challenging is we’re trying to establish a grip within a very uncooperative, slippery medium in order to leverage our bodies forward.

Reminds me of trying to walk on ice when I was a kid in sneakers. The firm traction assumed on other surfaces isn’t there. Step too aggressively and you don’t advance; you slip. Tread too… Read more »

I think Serena in her prime would have given the 70’s men a run for their money in tennis. In fact, she could probably body slam most of them.

Serena and Venus thought they could beat anyone ranked at around 200, so they challenged at guy who was rank 203. He beat Serena 6-1 and Venus 6-2. Before that match he played a round of golf and had a couple of shandies beforehand. After the match Serena and Venus wanted to play another man who was ranked around 350. After the mach the guy told a reporter that he was about to lose a lot of points and his ranking was going to fall to about 350.

The example you cited was 1998. The guy wasn’t an early 70’s man (he had actually been a top 40 ranked player, just was 203 at that moment), and Serena was 17, certainly not in her prime. So basically you’re comparing 25 years later from what I said, and 10 years too early for her prime. But whatever. The top early other guys (Ashe, Laver, Rosewell, etc.) would have had trouble.

Does Serena have to use a tiny steel racket, too?

What’s amazing about this to me is his technique was high turnover (49 strokes coming back on the 100) and practically no kick compared to today’s swimmers. And the pool was shallow —- waist deep. Everyone should watch the video just to see how far commentary has come since then. “And John Naber is out of it!” 4 body lengths behind with 15 meters to go.

There are so many great things happening in this video: no goggles, lots of mustaches, only briefs, getting up on the blocks as your name is called, pre whistle starts off the blocks… we’re doing it all wrong nowadays

taking a stroke before the flags off the turn too! just throwing a cap on top of those manes I bet would give him a 48 high

That record time would get you an Olympic medal at the 1992 Olympics, 16 years later!

I had never seen that 100 free WR – Impressive + what a beautiful freestyle stroke he had .

Perhaps I am wrong, but my recollection is that Jim Montgomery was the first man under 50, going 49.9 to win the 100 free at the 1976 Olympic Games (Jonty was not permitted to participate in these Olympics due to his South African citizenship). A week or two later at a US Open type meet Jonty went 49.4 resetting the World Record, a remarkable performance dropping the record by over a half second and doing so in a very shallow pool!

You are 100 percent right. I watched both swims on tv as a 12 year old. Montgomery’s world record heading into the Olympics was 50.59, which he broke twice in Montreal. Skinner’s 49.44 was actually more than a second faster than the existing world record only 3 weeks prior to his swim.

Thank you for the correction, article is edited to reflect!

That’s not Coleman’s fault, it’s mine. I told Coleman that, and I should know better. I’ve literally been emailing with Jim back and forth since the weekend. So, big brain fart on my part. Side note, I was 8 years old back in 1976, and a very serious 8 year swimmer. I knew back then all of the big stars and milestones in the sport, and Jim and Jonty loomed large in my mind.

Last time you told me that you had possessed such an encyclopedic knowledge about swimming and swimmers since you were 10. 😀 😀