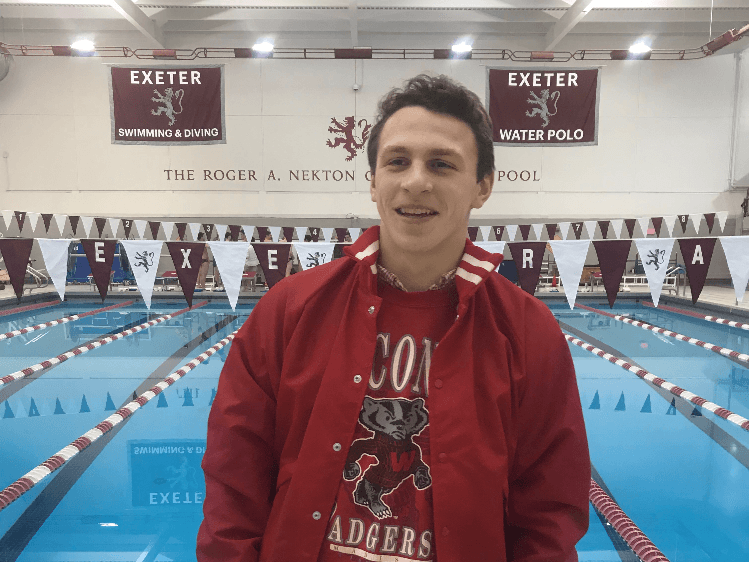 The Wisconsin men look like they've assembled their best team in a while as they picked up the win today against Northwestern. Current photo via Andrew Benson

The Wisconsin men look like they’ve assembled their best team in a while as they picked up the win today against Northwestern.

Wisconsin’s freshmen have been very impressive this season, and today was no exception: Andrew Benson put down several statement swims, including sweeps of the sprint free events. He was 19.77 in the 50 free, a lifetime best by .08, and followed up with a 43.23 lifetime best in the 100 free (by .20). On relays, Benson was huge– though Wisconsin touched second in the 400 medley relay, he was 52.05 on the breast leg, which is much faster than his flat-start best of 53.61 from December 2019.

In the 200 free relay, Benson led off in another best, blasting a 19.55 as Wisconsin put down a winning time of 1:19.53. With two dual meets done, Benson has gone a lifetime best in every flat-start race he’s swum this season. Jacob Newmark, another of Wisconsin’s star freshmen, contributed a big win in the 200 free with a 1:36.11, just .40 off of his season and lifetime best.

Northwestern had several big swims today, including the opening 400 medley relay win. Taking the victory by a hair over Wisconsin, 3:09.07 to 3:09.23, they were buoyed by their front half. Junior Manu Bacarizo dropped a 46.74 on the back leg, and sophomore Kevin Houseman delivered a major 51.26 breast leg. Connor LaMastra (47.29) was the fly leg, and sophomore Aleksa Bobar anchored (43.78).

LaMastra, a senior and Dartmouth transfer, was the other winner for the Wildcats. He led a 1-2 in the 200 fly with sophomore Ben Miller, as they went 1:44.35 and 1:45.17, respectively. Both swims were season-bests.

On the diving boards, Tazman Abramowicz swept for Wisconsin.

If this is what Benson and Newmark are doing as freshmen, I’m really excited to see the next four years. With these guys at the helm Wisconsin is gonna be scary for a long time to come.

The only class I think I could possibly compare this year’s freshmen to at this point is that 2013 class Whitney had with Hutchins/Pinfold/Clifton but these guys look like they are already far outperforming that at this point in their careers.

Wisconsin should definitely move up in the rankings, they put together some impressive swims today. Yuri and his team are really working in Madison

Dang that looks like a fun fast meet. Take diving out and that was pretty much neck and neck the whole way!! B1G 10 battle between Wisconsin and Northwestern could be a fun watch for 4th

Look like the wisco men should be on the “honorable mentioned” list now eh? Minnesota will probably just move up because of this tho smh.

Wow Wisconsin swam so well Minnesota might just move up in the NCAA rankings!