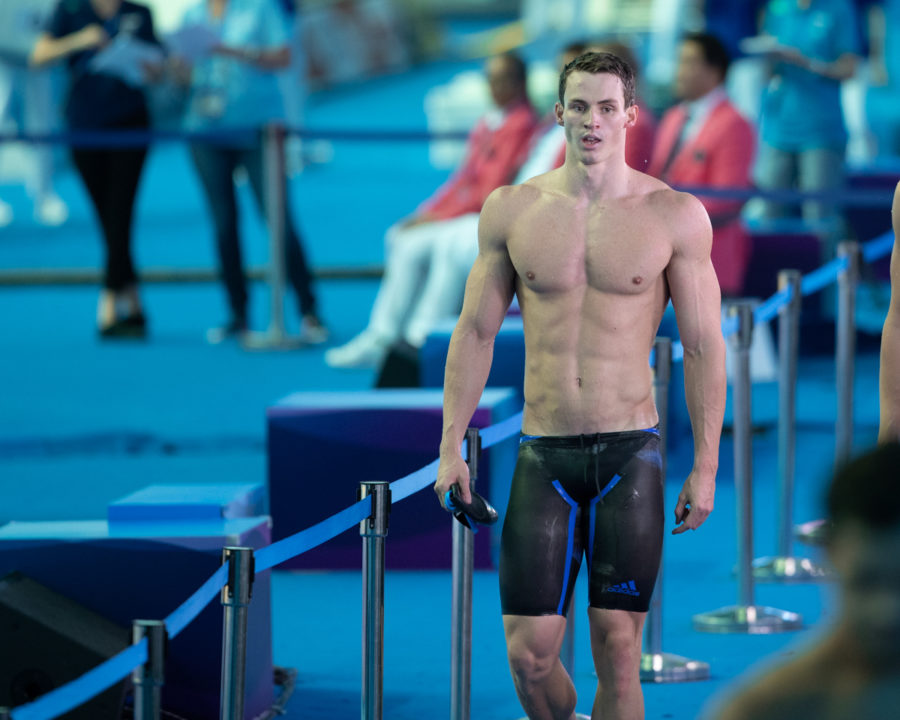 After ripping a statement-making 50m free victory of 20.40 for a new British national record yesterday, Ben Proud hit a lifetime best in the 50m fly. Archive photo via “Rafael/Domeyko Photography”

After ripping a statement-making 50m free victory of 20.40 for a new British national record yesterday in Eindhoven Ben Proud hit a lifetime best in the 50m fly.

On night 2 of the ISL season 3 finale, 27-year-old Proud touched the wall in a time of 22.18 to capture the top spot and 10 points for his Energy Standard squad. His time ties the British national record he set himself nearly 4 years ago at the 2017 European Short Course Championships in Copenhagen, Denmark.

Proud’s effort rendered him the champion against the likes of runner-up Tom Shields of LA Current (22.27) and Dylan Carter of London Roar (22.36).

Proud remains the 18th fastest performer of all time in the event.

The man from Malaysia averaged just 3.66 points per match last season but his aforementioned 50m free from last night and his 50m fly today punched 22 points together.

what happened to his nipple piercing tho lol