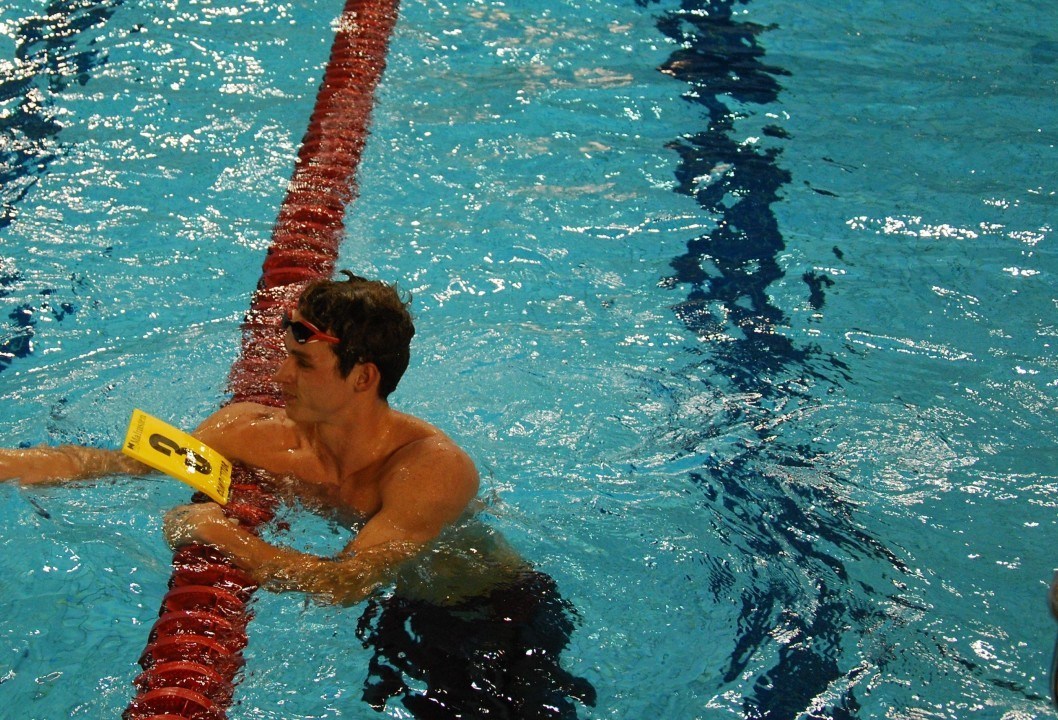 Proud demolished the field by nearly a full second, touching the wall in 21.32. Archive photo via Danny Kapser

On night 5 of the 2017 British Swimming Championships, Ben Proud popped off a new British Record to win gold in the 50 free. Proud demolished the field by nearly a full second, touching the wall in 21.32. That took 2 tenths off his own former British Record, which stood as a 21.54 from the 2016 Rio Olympics.

Proud now sits atop the 2017 world rankings in this event. He’s moved ahead of Russia’s Vlad Morozov (21.44), who formerly stood on top of the rankings after breaking the Russian National Record at their national meet a week ago.

Here’s a quote from his post-race interview:

“It’s impressive for this time in the season. I’m still looking to move that on as well. To be honest I’m not happy with how I swam it and I think I could have gone faster but it is what it is.”

Check out the full post-race interview below, courtesy of British Swimming’s YouTube channel.

That’s a nice time. What else does he swim? I could not find his name in any other event.

Not sure if they are up for it, but GB could put together a pretty good 400 free relay….Guy, Proud, Scott, and someone else….Proud? Not so sure if these guys have the desire to swim it.

Unless they put all their top four sprinters swimming their best in the prelims, GBR would not even advance to final.

Remember how Brazil had Cielo and all those sprinters and never advanced to finals in all those years?

Tend to agree with John. you’re putting forward a notional case but selectors need to make decisions based on how they are performing now and aside from Scott’s sub 48, there is only one other current sub49.

Even in this best case scenario, this 4X100 is marginal as regards making the final. You then have to take into account what other swims these guys are going to have during the meet (individual & other relays) and the cost/benefit analysis just doesn’t come out on the right side.

This time next year or the year after and they have 4 or more sub 49men, then its a different matter

Teach Peaty to swim freestyle. Clearly he’s got the fast twitch ability and the metabolic conditioning to finish a 100, just fix his sprint free technique and he might be able to put up some decent times.

Just for perspective:
This makes him the tied for the second fastest man ever in textile, along with Cielo. It is also the second fastest time ever swum in textile, only behind Manaudous 21.19 from 2015. Just like the 2 people people I just mentioned, he seems to be a pure sprinter with lots of raw speed but little endurance.

Surprised the article doesn’t make a bigger deal of that. If you didn’t know times, you may not think it’s that special of a time.

Excellent swim and time! It is alot harder to repeat that with people of equal speed making waves, etc. Ben had a huge lead from the get go and clean water the whole way. Still a great swim!

On the 50 I think that’s only a factor if you get behind off the start. If the competition is roughly even with you, then by the time their waves have gotten over to your lane, you’ve moved on.