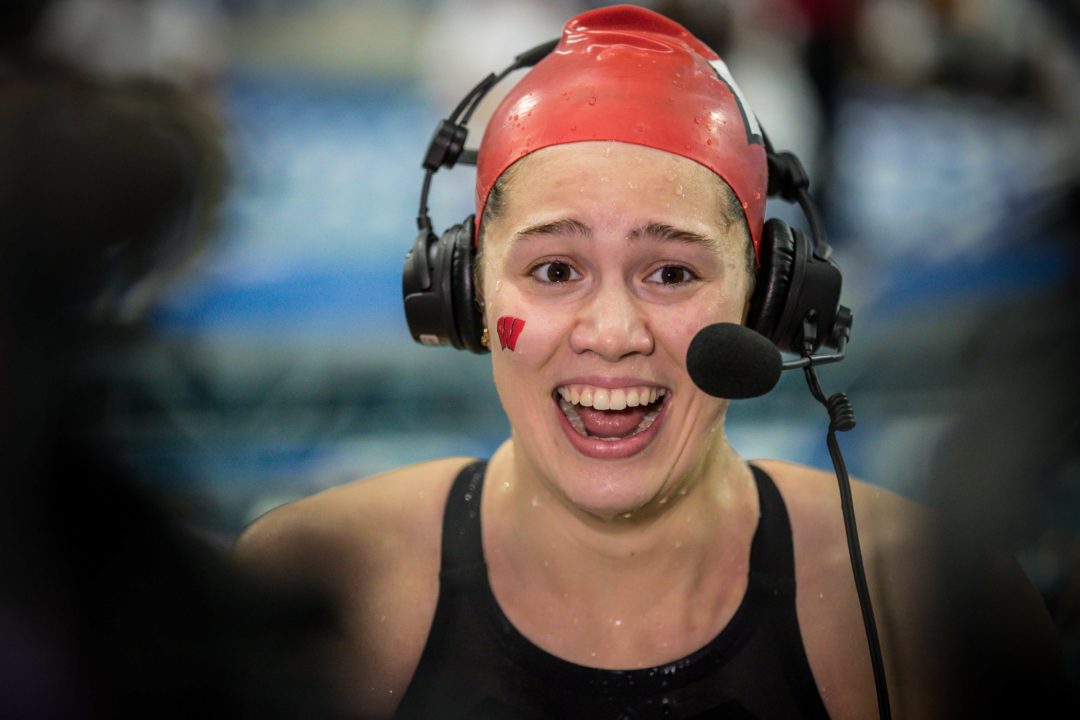 4 of the best 'new pros' from the 2020 NCAA senior class have announced their decision to sign with the Cali Condors of the ISL. Archive photo via Jack Spitser/Spitser Photography

Members of the Cali Condors, one of 10 teams in the International Swimming League, have begun announcing their signings on Instagram.

While the league itself has been radio-silent for months as to plans or timing of announcements, several teams have piece-mealed out portions of their rosters through various social media platforms.

Coleman Stewart, Veronica Burchill, Beata Nelson, and Erika Brown have all announced their intent to race for the Condors in the 2020 ISL season. The group has a lot in common, notably that all 3 swimmers are first-year pros, with Burchill having completed her career at Georgia, Stewart at NC State, and Brown at Tennessee.

That group includes 3 of the top 4 swimmers on SwimSwam’s “seniors ready to make the jump to the ISL” list published in March of this year.

All 4 missed what was scheduled to be the last collegiate meets of their careers, the 2020 NCAA Championships, after those events were canceled due to the burgeoning global coronavirus pandemic.

All 4 have shown much more success in short course than long course so far in their careers, which matches the short course preference of the ISL format. Stewart and Brown, especially, though, have demonstrated substantial improvements in the long course events that put them in the conversation for next year’s US Olympic Team.

The group all have potential to perform well in the ‘skins’ races, where swimmers have to swim 3 rounds of a 50 meter event of a given stroke, with huge bonuses going to the winner. Last season, the Condors had the ultimate skins swimmer, Caeleb Dressel, on their roster as well. As compared to other races, the ‘skins’ events disproportionately tip the balance of a meet, so grabbing swimmers that can perform in those races can dramatically change a team’s outlook.

The Condors finished 3rd at the 2019 ISL finale in Las Vegas.

While Stewart doesn’t have any official experience in a 25 meter pool, the official distance of the ISL,

I am absolutely pumped to finally announce that I’ve signed with the @calicondors_isl of the @iswimleague Huge thank you to @wolfpack_elite_swimming and @packswimdive for helping me get to this point!! I can’t wait to get the season underway and compete for the Condors!! #ISL #CaliCondors #GoDors #ProSwimmer

Brown, who wasn’t highly recruited out of high school, blossomed into one of the fastest sprinters in NCAA history while at Tennessee. As a senior, she led the NCAA in the 100 free and 200 free, while ranking 2nd in the country in the 50 free and 100 fly.

In the 50 free, 100 free, and 100 fly, she stands as one of the fastest-ever swimmers in yards in those events. Her ability to swim the 200 better than most with her 50 speed makes her a strong candidate for success in the ‘skins’ events, where swimmers have to swim 3 rounds of a 50 of a given stroke, with huge point bonuses going to the winners.

Brown does have some experience in short course meters internationally – she was on the American team at the 2018 World Short Course Championships, where she swam on the winning 200, 400, and 800 free relays, plus the 200 medley relay. She was on the finals relays for the 200 and 800, and swam prelims-only in the 400 free and 200 medley relays.

Super excited to announce that I have signed with the Cali Condors! Can’t wait to compete this upcoming ISL season!! Feeling very blessed to join such an amazing team🤩💙Go Dors!!🦅🦅 @calicondors_isl @iswimleague #ISL #goDors #calicondors

SwimSwam’s 2019 Female NCAA Swimmer of the Year winner Beata Nelson is perhaps more slanted toward short course than any other swimmer in this group. Using some of the best underwaters in the world, Nelson won NCAA titles in 2019 in the 100 back, 200 back, and 200 IM. She broke NCAA Records in both backstrokes and swam the 2nd-best time in the 200 IM, earning the SwimSwam Swammy Award for Female College Swimmer of the Year.

Beyond stoked to finally announce that I have signed with the Cali Condors!! So excited to get this season going & join an already stellar team of athletes!! Lesss Goo ‘Dors 🦅💙🦅 @calicondors_isl @iswimleague #ISL #GoDors #calicondors

Burchill’s credentials don’t quite rise to the level of the others on this list, but her versatility as a filler could pay off in the grueling ISL format. That’s especially true in the freestyles, where she can both contribute in a very meaningful way to the free relays, and also can slide into the 200 or 400 free if necessary – events that are sometimes hurt by the league’s lack of true distance events.

Burchill had her breakthrough season in 2018, when she swam lifetime-best after lifetime-best, including dipping to a 54.47 in the 100 long course freestyle.

So thrilled to finally announce that I’ve signed with the Cali Condors!! 🦅 I cannot wait to compete for the ‘Dors this upcoming season of the International Swim League! GO DORS! 🌟💙 #ISL #GoDors #CaliCondors @calicondors_isl @iswimleague

Those are HUGE gets for the Condors, especially Erika Brown, who can swim all the way up to the 200 and help a great deal in Skins races.

We need a draft. Scrap all the teams and start over so the events are somewhat close.

Huge gets. All versatile swimmers and the big key that was revealed last year by energy standard was strength in sprint depth and this group definitely adds to the condors sprint depth.

Did they get Weitzell though?