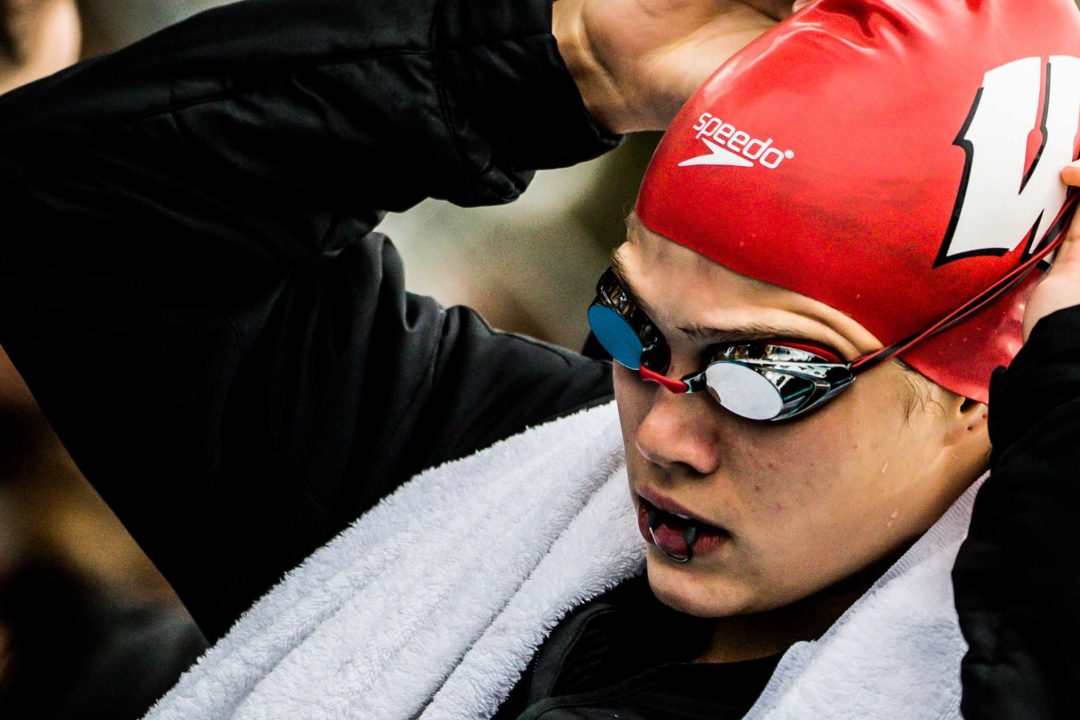 In a season with a lot of highlight performances from collegiate women, Wisconsin's Beata Nelson stood out above an impressive field of nominees. Archive photo via Jack Spitser/Spitser Photography

There were a ton of big name women who had big meets in the NCAA this year. Mallory Comerford and Lilly King finished their decorated collegiate careers with a pair of NCAA titles each, Cal’s Abbey Weitzeil broke the U.S. Open, NCAA, and American Records in the 50 yard free first at the NCAA Championships and then again 2 weeks ago at the Minnesota Invite, and Louise Hansson flew to the fastest times ever in the 100 yard fly and one of the fastest ever in the 200 yard fly.

And yet, above all of those accomplishments, stood Beata Nelson of the University of Wisconsin.

How did we split those hairs? It was not easy. But, the calculus basically goes like this: of all the swimmers mentioned above, Nelson was the only triple NCAA individual champion in 2019. Nelson broke NCAA Records in 2 races (100 backstroke and 200 backstroke). In Nelson’s 3rd event, the 200 IM, she swam the 2nd-best time ever of 1:50.79, and became only the 2nd woman in history under 1:51. Nobody else broke an NCAA Record in more than 1 individual event in 2019,

And those backstroke records that she broke were strong records. She cut half-a-second off the 100 backstroke record that had been set 12 days earlier by Regan Smith. Smith, who is not yet in college, as we know, went on to break the World Record in the 100 meter back a few months later at the World Championships. In the 200 back, she took out the NCAA Record previously held by Kathleen Baker, and nearly got another Regan Smith all-time best in an event where Smith, again, would go on to crush a World Record in long course a few months later.

Nelson hasn’t translated her swimming to long course as well as the other swimmers named above, and yet, on a list of swimmers above who could find themselves in the International Swimming Hall of Fame after they hang up their goggles, she’s the only one to have taken 3 individual NCAA event titles in a season. That’s pretty impressive.

I’m gonna guess Farris or Seliskar wins the men’s one.

Farris for sure, in my opinion. American record and 2 wins vs Seliskar’s 3 wins and no records. Although, Seli has a relay title as well…