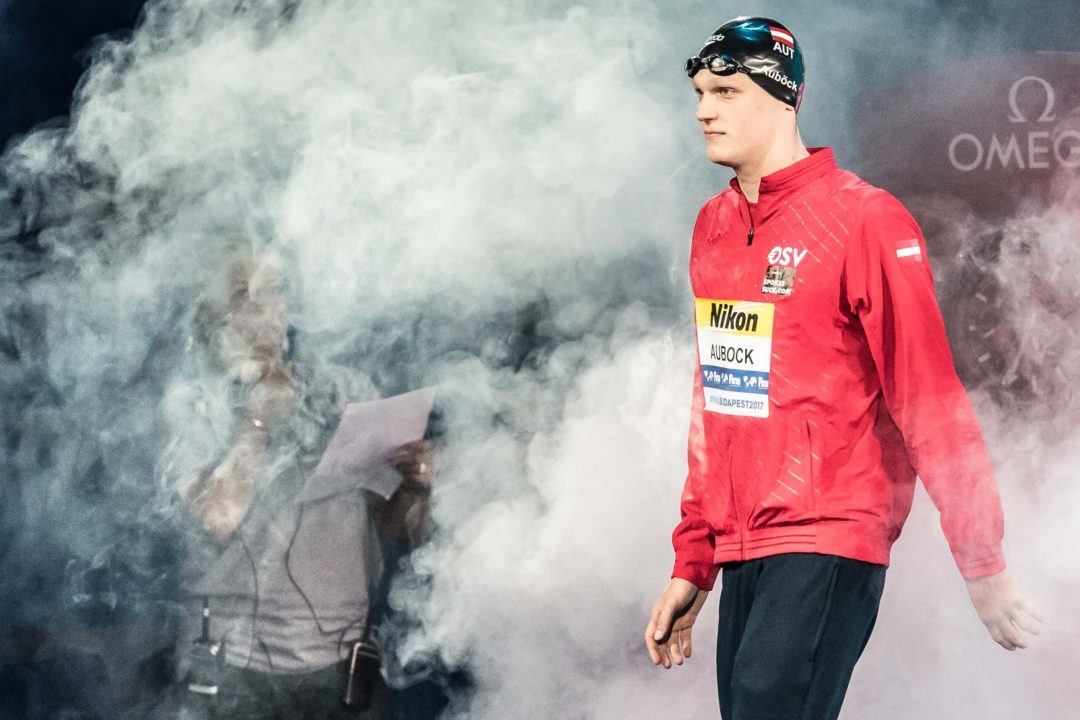 The Austrian Swimming Federation (OSV) will send ten women and nine men to the 2017 European SC Chamionships in Copenhagen (Denmark) in December.

One of Austria’s top swimmers, Felix Auboeck (photo), who studies and trains at the University of Michigan, won’t participate in Copenhagen: ““I am really very sorry. I would have liked to be in Copenhagen and expected some good results after my performances at the World Championships in Budapest. Unfortunately, my schedule is full of exams before Christmas. I don’t get the permission of the University and can’t attend the European SC Championships in Denmark.” Auböck ranked fifth in the final of the 400 m freestyle at the 2017 World Championships in Budapest and sixth in the 800 m freestyle.

Felix Auboeck quickly made an impact on the Wolverine swim team, earning Big Ten Freshman of the Year honors after his first conference championships. At his first NCAA Championships, Aubock picked up a silver and bronze medal. His bronze came in the 500 yard freestyle where he touched in 4:08.95, he won silver in the 1650 yard freestyle in  14:22.88.

The European SC Championships will take place in Copenhagen, Denmark, from 13th to 17th December.

It’s all good Felix don’t worry about it