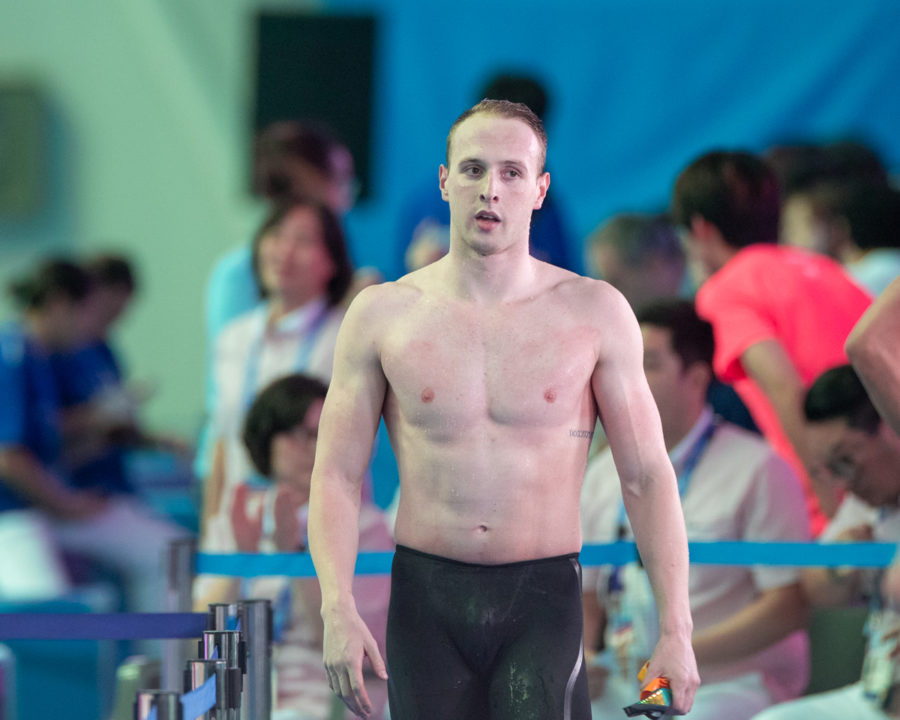 Kyle Chalmers and more are among Swimming Australia's elite taking to social media, mourning what could have been for Tokyo in July. Archive photo via “Rafael/Domeyko Photography”

We reported how today, March 23rd, the Australian Olympic Committee stated that an Australian Team could not be assembled in the changing circumstances at home and abroad, should the 2020 Olympic Games Games stay on course for July.

Swimming Australia echoed support of this move, with chief Leigh Russell stating, “Swimming Australia has welcomed the acknowledgment by the AOC that an Australian Olympic team could not be assembled in 2020 considering current global circumstances.”

“Given the current situation worldwide, it has become evident that it is not safe for the Games to be staged in its current time frame,” Russell said.

“Although it’s a devastating prospect for the Games to be postponed, it is the correct decision, as we must focus on our families and our communities at this challenging time.”

Shortly after Russell’s statement of support, elite Australian swimmers took to social media to reveal their thoughts on this groundbreaking decision.

Backstroking ace Emily Seebhom said on Instagram, “Waving goodbye to the pool for now but the dream still lives on. #covid_19 #tokyotogether #lockdown”

World Championships medalist Matt Wilson said, “Pressing pause on the dream for a while…. will be back bigger and stronger 💪🏻❤️ #tokyotogether”

Kristiina you are my spirit animal