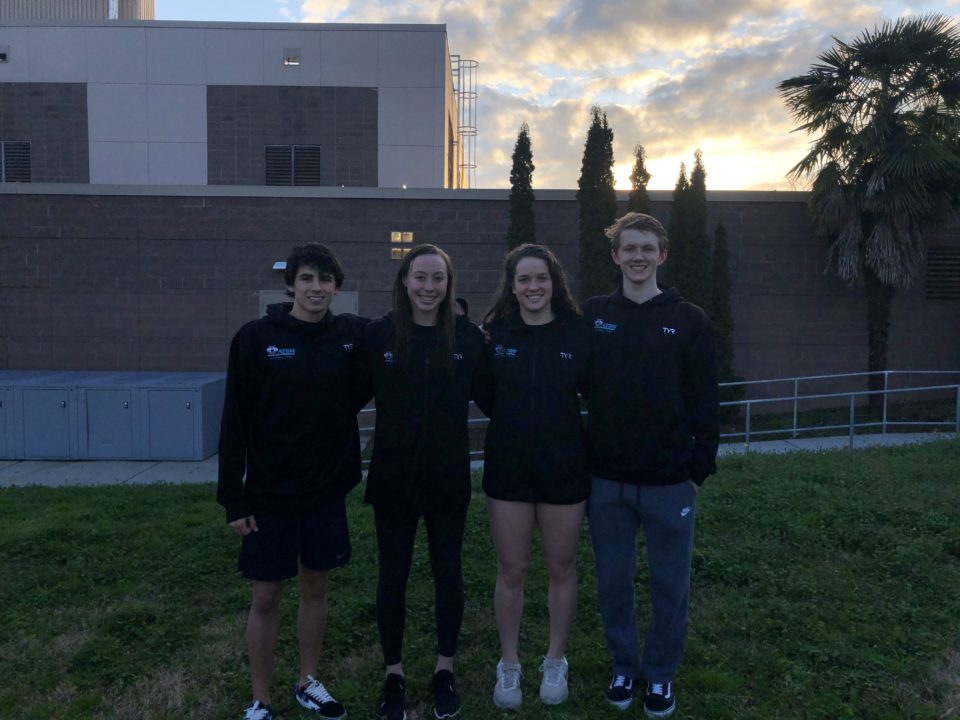 Tonight’s final of the men’s 50m backstroke at the 2022 European Championships saw two national records bite the dust when all was said and done.

The Aquatic Team of Mecklenburg (ATOM) in Charlotte, North Carolina has broken their 3rd National Age Group Record in a mixed relay in 2 days.

This time, it was the 17-18 400 mixed free relay that took down a record. The team of Garrett Boone, Lindsay Flynn, Liza Whitmire, and Jack Meehan combined for a time of 3:09.97. That team won the race by more than 8 seconds as part of a 1-2-3-4 ATOM finish in the event at the Frosty Invitational.

The relay was led off by Flynn, whose split was within 4-tenths of a second of her personal best from Winter Juniors a month ago where she finished in 2nd place. Further showing off the team’s depth, Austin Lockhart split a 45.10 on the team’s B relay. He’s only 16, so with him the relay wouldn’t have been eligible for the 17-18 record, but they would have broken the 15-18 record.

USA Swimming has no previous recognized 17-18 record in this event, with the fastest time in the database being a 3:14.41 done by the Suburban Seahawks Club at the 2018 NCAP Invitational. USA Swimming has also not recognized a 15-18 record, but an NCAP relay of 15-16s at the 2019 NCAP Invitational swam 3:09.79, a couple of tenths better than ATOM’s relay swam on Sunday.