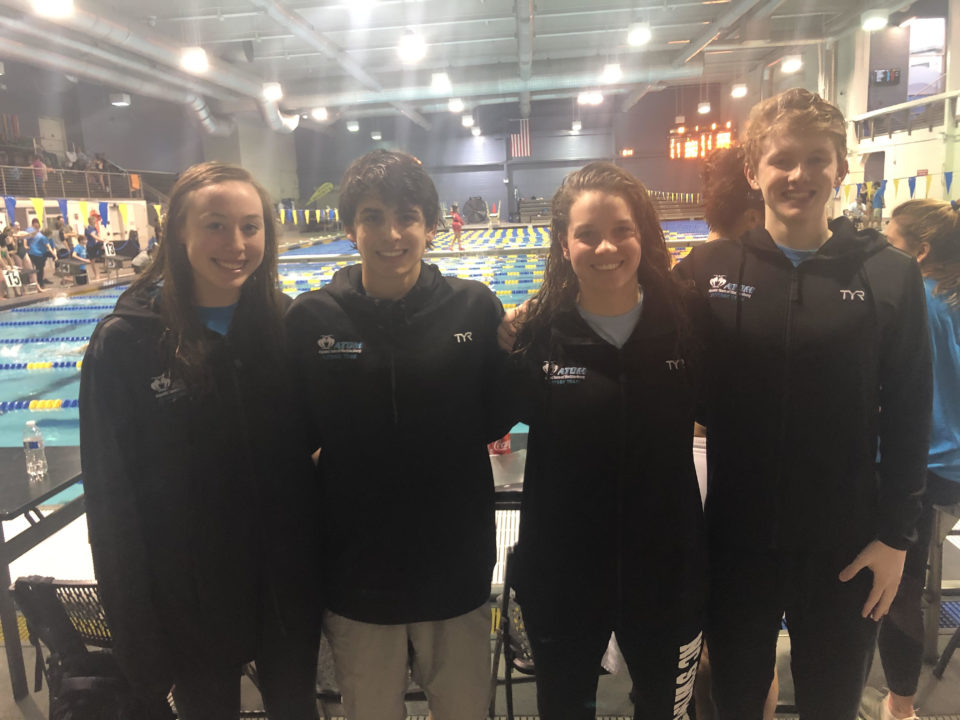 The Aquatic Team of Mecklenburg, aka “ATOM”, took down two mixed relay National Group Records at their Frosty Invite today.

First, the ATOM relay of Garrett Boone, Jack Meehan, Liza Whitmire, and Lindsay Flynn combined for a 3:30.21 to knock a whopping five seconds off the existing 17-18 age group 400 yard mixed medley record of 3:35.34, previously held by the Suburban Seahawks.

Official results do confirm that the quartet went 3:30.21, but those splits are hand-clocked times given to us by the ATOM coaching staff, as the splits didn’t show up correctly.

Later in the session, the team of Teresa Ivan, Sam Reiger, Austin Lockhart, and Rowan Bartis set a new NAG in the 15-16 age group 200 yard free mixed relay as well.