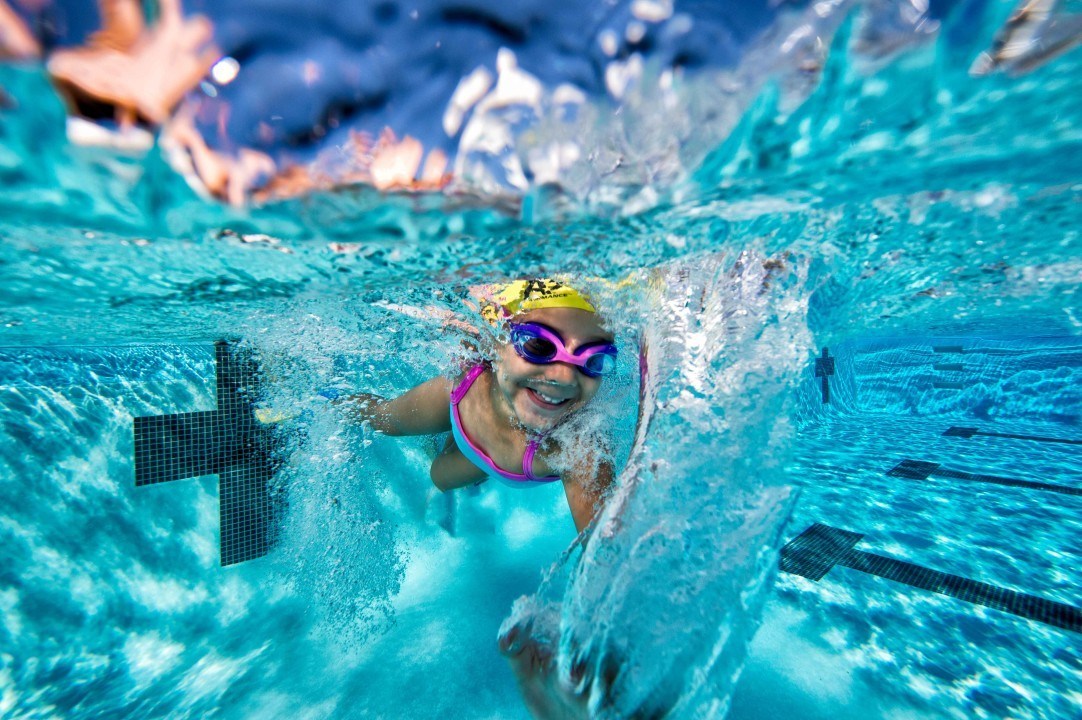 Our daughter likes the new team because many of her friends from school are on it, but at the same time she is frustrated and disappointed with not achieving her goals. Current photo via Mike Lewis/Ola Vista Photography

I received an email from a dad who was second guessing his decision to move his daughter to a new team. They switched teams to benefit the entire family’s schedule. Here’s the email and my response:

I was wondering if you could help me with a conundrum my family is having. My daughter is about to turn 11 and she has been swimming for five years. A little over two years ago she switched swim teams with our encouragement because the new team’s pool was 10 minutes from our house compared to 45 minutes for our previous team. We have three other younger children and the 90 minute round-trip was becoming a strain on the family.

Since we have made the team switch, she had made little progress. To put this in perspective at 8 years old when we left our old team, she had a couple of BB times for the 9-10 age group and all B times in her other events. But in the last two years, she never made an “A” time for 9-10. She has grown five inches in this time, attends practice regularly and has had no health issues. The previous team was more yardage and race focused while the new team is far more technique-oriented. I know plateaus are common for teenage swimmers, but she is still growing.

Our daughter likes the new team because many of her friends from school are on it, but at the same time she is frustrated and disappointed with not achieving her goals. As a father, I feel guilty that my encouraging her to switch teams may be limiting her ability to reach her potential. I don’t care about college scholarships or any of that, I just want her to see that if she works hard that effort will pay off so that this life lesson will stay with her. But so far on this team, her effort has not paid off.

Thus, as a family we are all conflicted on whether we should go back to her old team knowing she was successful there but that it will throw a wrench in our family’s schedule. Do you have any thoughts?

I do agree with your decision to switch teams to a pool that is more convenient for the entire family. Also, in my own family, my daughter hit a plateau at about the same age as your daughter. She joined the team at age five and was totally committed and passionate about swimming. I believe she didn’t drop in time in her 100 free for about two years. Her goal was to break 1:00 on the 100 free and she couldn’t do it. Then all of a sudden (after two years and at about age 11 or 12) she swam a :57! Her coach asked, “What happened to :59 and :58?” She said, “They are highly over-rated.” We laughed and were relieved to see her improve after such a long time.

If your daughter is growing so much, it’s an adjustment period as well. Kids have to get used to their new length and bodies. Their strokes will change as they grow.

I would give the new team more time unless you see something seriously wrong with the coaches or team. Ask the coach if your daughter can swim some off events at meets. Sometimes kids will improve in events they don’t swim very often and it’s a nice change from swimming the same events all the time and not seeing progress. If she’s with her friends and happy with the team, her times will come eventually.

Teams have different objectives and some coaches are better than others. Some teams focus on fun while others are more competitive. At age 11, it’s important that your daughter has fun and is enjoying swimming. If she isn’t having fun, it’s not likely she’ll stay in the pool.

What advice do you have for Concerned Swim Dad?

If you have questions you’d like me to answer in a future article, please email me at [email protected]

Our team focuses largely on technique, has less than 75 swimmers, and has produced countless top swimmers, scholarships, and an Olympian. Our facilities could be better but our coaching is top notch. Trust the coaching and the small improvements. Without technique as a baseline a swimmer will eventually fall behind those who swim more efficiently. Best of luck!

For younger swimmers I feel that building a strong foundation of technique is very important. This will serve the swimmer more over the years in the sport than concentrating on yardage and races at a young age. Learning proper technique will prevent many injuries in the future. Also by letting your child have fun they will stick with the sport. I feel that focusing on yardage and meets is the short path to burn out at a young age. That is not to say that swimmers of all ages need to see progress, they do. But not all progress is in dropping times of primary events. Looking at off events and progress made on technique are also important. Swimming is… Read more »