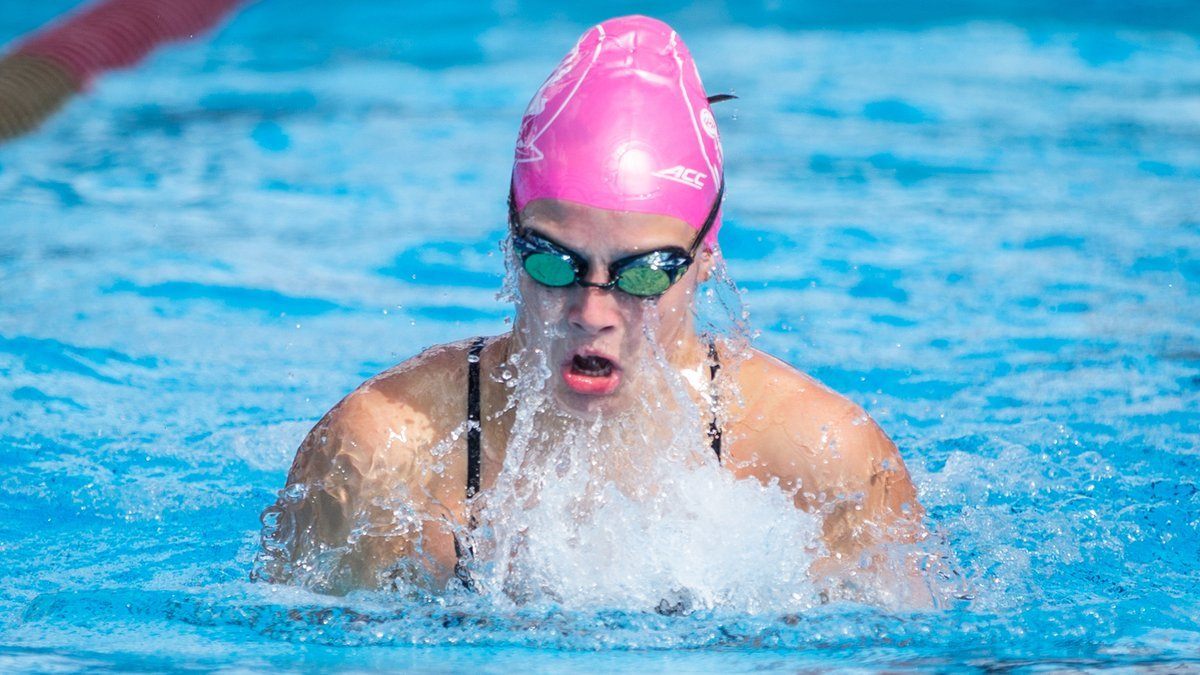 The Seminoles are set to battle Florida on Friday before playing host to Florida Southern, West Florida and North Florida. Current photo via Florida State Athletics

TALLAHASSEE, Fla. –  The nationally-ranked (No. 21/21) Florida State swimming and diving teams are set for another top 25 battle, welcoming (No.10/3) Florida for the annual Fresh From Florida Sunshine Showdown which will take place at the Morcom Aquatics Center at 2 p.m. on Friday.

“It’s great to have Florida here at home this year,” FSU head coach Neal Studd said. “They are a very good team. They recently went through some changes and split their programs. They’re very similar to us on the women’s side, in that they have very good freshmen. It’s rivalry week and what better place to have this meet than here at Morcom.”

The Seminoles will also host Florida Southern, West Florida and North Florida on Saturday at 1 p.m.

The Last Time Out:

The women’s team continued to be led by its freshmen class as Nina Kucheran won both breaststroke events behind season best swims of 1:01.44 in the 100 and 2:12.71 in the 200. Her 200 ranks fourth in school history and is currently the seventh fastest swim in the nation.

On the boards, junior Ayla Bonniwell was dominant as she won both events, first taking 3-meter with a score of 349.05, edging out her classmate Molly Carlson (343.80) for the win. Bonniwell then won 1-meter by three points, scoring 303.30.

The 4-0 record marks the first time since the 2012-13 season that the women’s team has carried a perfect record into November.

The seniors have led the No. 21 men’s team this season. Despite falling to the Sun Devils Kanoa Kaleoaloha posted a season best in the 100 fly, posting a time of 47.38 for the win, clocking the sixth fastest time in the NCAA this year.

He is also one of 11 swimmers to go under the 20-second barrier this season in the 50 free, tying as the seventh best performance in the country at 19.94.

The men are powered by freshmen who have captured three SEC Freshmen of the Week honors. Kacper Stokowski swam the 100-back in 47.76 seconds last week, ranking as the second fastest time in the NCAA this season. Trey Freeman has won two SEC Freshman of the Week honors for his performances in the 500 and 1000 free.

The women are led by freshman Vanessa Pearl who has earned three SEC Freshmen of the Week honors behind 11 event victories.  Her 400 IM time of 4:13.02 is the second fastest time in the NCAA this season. Sophomore Taylor Ault returns to the Gators after earning second team All-SEC honors last season.

On the boards, the women return two-time All-American Brooke Madden who has earned honorable mention honors in the springboard events.

Following Friday’s showdown, the Seminoles will host a quad meet featuring Florida Southern, West Florida and North Florida. Florida Southern will field both a men’s and women’s team, while UWF and UNF will compete in the women’s meet.