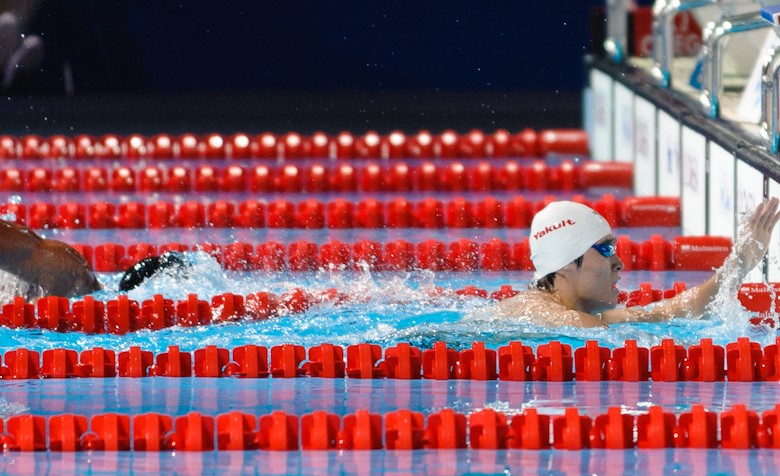 Records fall at all points in the meet; from big final swims like Katie Ledecky (1500m FR), non-pressure semi finals like Ruta Meilutyte (100m BR) and sometimes even in the preliminary heats. They are set by names that have been around for awhile, and rookies, from dominant swimming countries, to some sending their first swimmer to an international competition.

While day 3 overall was a bit sluggish for the swimmers out of Asia, three new national records were set here in day 3 in Barcelona. Including:

China and Japan are the powerhouses of Asian swimming. It seems like these two countries are falling a bit flat; they aren’t really showing up when it is time to race, especially when it counts in the finals. Here are some quick notes from the night from these two countries.