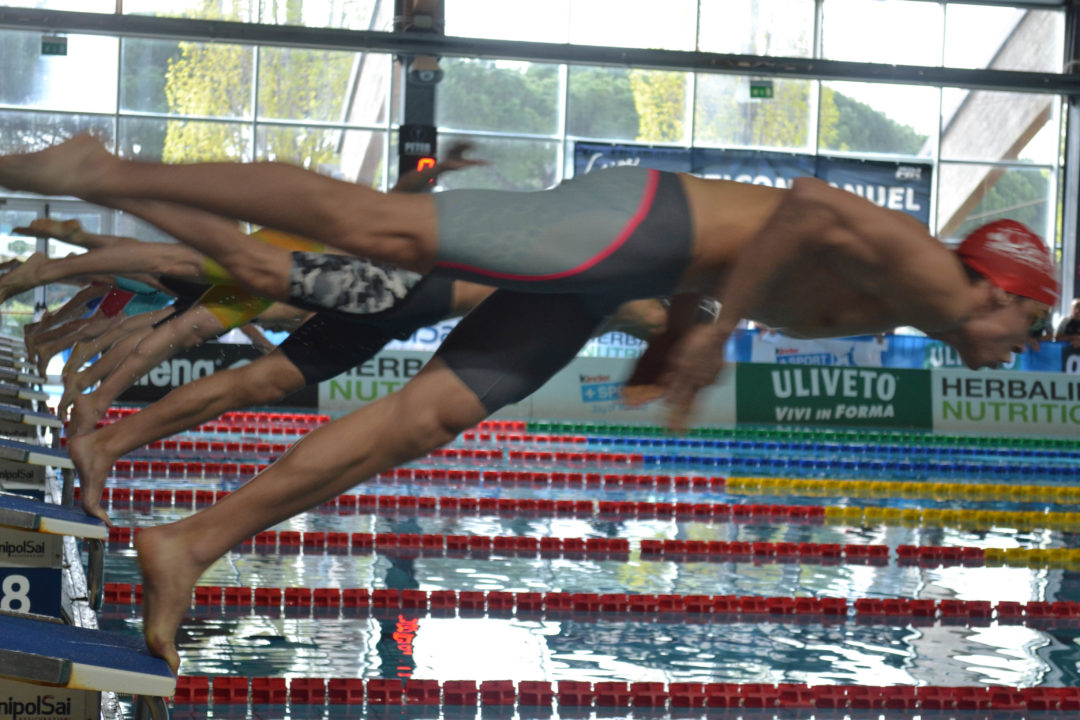 Arjan Knipping nearly took down the long-standing Dutch National Record in the men's 400m IM tonight in Eindhoven, settling instead for a tie of the 4:15.38 mark set way back in 1997. Stock photo via Giusy Cisale/Swimswam.com

Arjan Knipping nearly took down the long-standing Dutch National Record in the men’s 400m IM tonight in Eindhoven, settling instead for a tie of the 4:15.38 mark set way back in 1997.

While competing on night 2 of the 2019 The Swim Cup – Eindhoven, the 24-year-old Knipping produced a winning 400m IM mark of 4:15.38 en route to standing atop the podium, smashing his lifetime best of 4:16.78 he threw down just last weekend at The Hague.

His time ties the same 4:15.38 that now-National Training Centre Eindhoven Head Coach Marcel Wouda registered all the way back at the 1997 European Championships when he won gold.

Knipping’s effort kicks Japanese Olympic champion Kosuke Hagino out of the top 10 performers in the world this season with tonight’s swim.