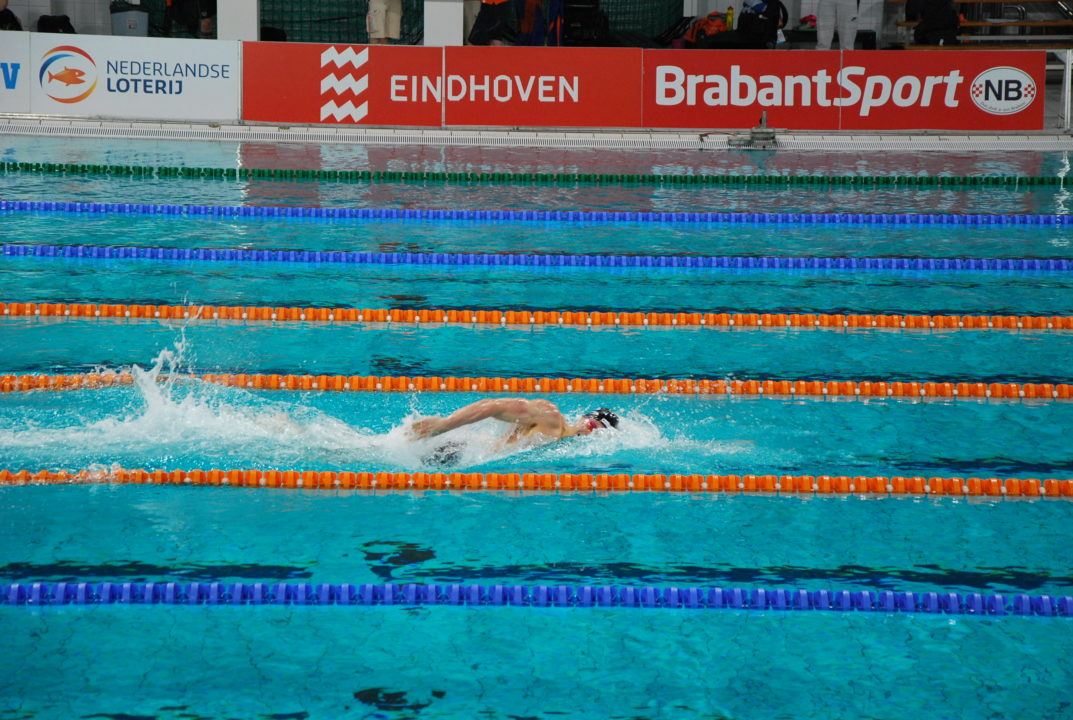 Dutch swimmer Kyle Stolk came oh-so-close to qualifying for this summer’s World Championships with his morning 100m free mark of 48.53. His prelims effort from day 2 here in Eindhoven crushed his previous personal best in the event, which was represented by the 48.86 he put up just last week in The Hague.

Stolk’s time sits the Dutchman just outside the top 10 performers in the world on the season and sets the 22-year-old racer up nicely to attack the Worlds QT come tonight’s final.

2016’s Short Course World Champion in the 50m free, Jesse Puts, sits as the 2nd seeded swimmer in 49.05, while NC State’s Nyls Korstanje is positioned as 3rd seeded for tonight in 49.36, the 4th fastest time of his young career.

Of note, visiting swimmer Santo Condorelli of Italy is also in the mix, holding a morning mark of 49.42.

Italian young gun Thomas Ceccon clinched the top seed in the 50m back in 25.66, while Netherlands national record holder Kira Toussaint bounced back from her double DQ yesterday with a #1 seeded effort of 27.91 in the 50m back this morning.

My mind made the jump on its own that he is now competing for the Dutch.