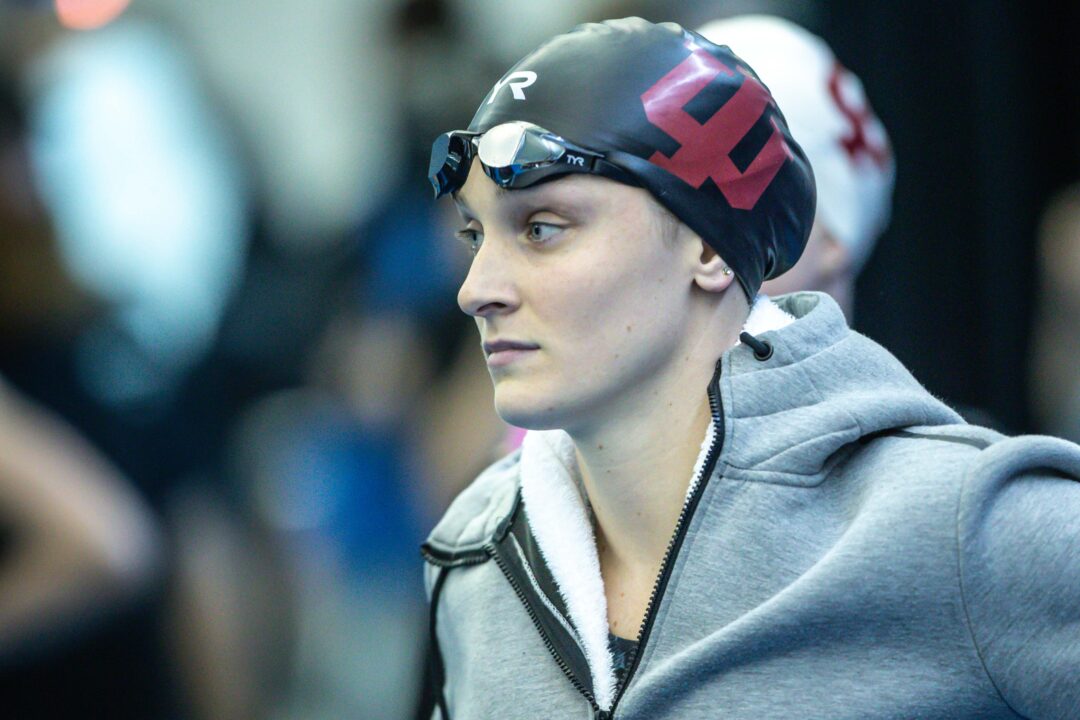 USA Swimming has deemed Lazor eligible to swim the 50 breast at Worlds after her split in the 100 breast final was under the FINA 'A' cut. Current photo via Jack Spitser/Spitser Photography

The US Center for Safe Sport, and by extension USA Swimming, have issued a temporary suspension for a former York YMCA lifeguard and former NCAA swimmer.

The vacant spot on the U.S. World Championship roster in the women’s 50 breaststroke has been filled.

Annie Lazor, who qualified for the team by virtue of her second-place finish in the 100 breast last week in Greensboro, has accepted the invitation to swim the 50 in Budapest, USA Swimming told SwimSwam Thursday.

Initially, it appeared as though Lilly King, Lazor’s training partner at Indiana, would be the lone American entrant in the event, having won the race at trials (#1 priority) and placed first in the corresponding 100-meter event (#2 priority). The next priority to fill the vacant spot would then go to the fastest swimmer already on the roster in the race, provided they’d achieved the FINA ‘A’ cut.

Lazor, who achieved the FINA ‘A’ cut of 31.22 with her opening 50 split of 31.04 in the 100 breast final, had yet to accept the invite when USA Swimming initially announced the stroke 50 additions to the roster without a second swimmer in the women’s 50 breast.

Here’s an updated look at the swimmers representing the U.S. in the stroke 50 events at the World Championships:

Can you imagine explaining this to a non swimmer?

So you made the team!?

No, they only take two.

I don’t think it’s that hard to explain. “You can enter up to two people per race as long as both meet the time standard, but the total size of the team is capped so you can’t enter two swimmers in every event unless some people swim multiple events. Certain events are less prestigious than others so for those only the winner gets entered and the second entrant is whoever else on the team has the best time in that event”. That was two sentences and pretty simple.

I will take this as sarcasm. Well done.

I want to see someone break a 50 breast and 100 breast record in the same race.

It’s important to trust the process.

That process being, “uhh well loogit that we got someone else actually eligible welp guess they can do it.”

That settles that issue.

At least they did the right thing and added her.

The rules are screwed up. The right thing to do would be to add the second-place finisher at trials, Kaitlyn Dobler, who went 30.54. Plenty of room for more swimmers on the team, which would mean a bigger cheering section at Worlds. Spread the riches, rather than hoard the wealth.

Anyone who says, “Deal with it,” or, “Rules are rules,” are always the most fun people. You must be a blast to hang with.

Imagine if people took that tone with other moments of unfairness.

no sunglasses for you

I’m not a big fan of the stroke 50s, but I would not be opposed to adding second place into one of the lower priorities. If there is room, they get to go to worlds, but otherwise it reverts back to how it is now.

Wait really but i thought no one else made it under the cut?

Dobler made it under the cut but she didn’t win the event. Only the winner of the stroke 50s get added to the team. The second swimmer in the stroke 50s have to already have made the team in another event. Technically King is the only one on the team with an A cut in the actual event, but since Lazor’s first half of her 100 was faster than the 50 A cut they are using that to qualify her. Which totally makes sense because I believe FINA recognises opening splits as potential records.