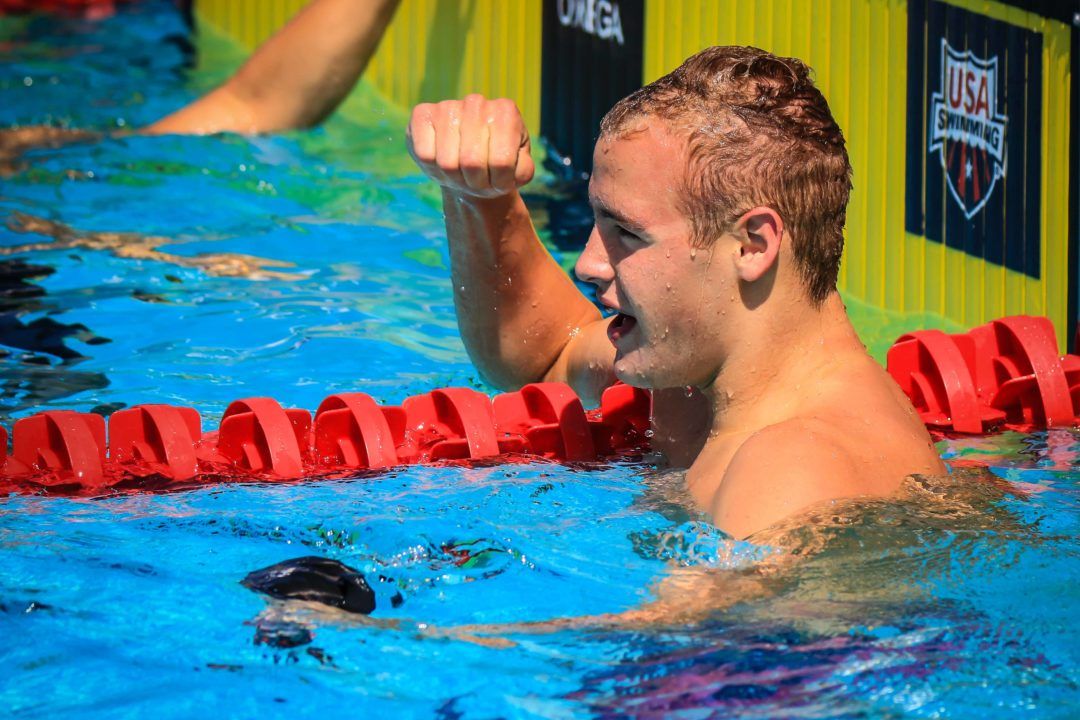 Joshua Matheny (above) split 59.3 on the breaststroke leg of the American mixed medley as they won gold and broke the World Junior Record. Archive photo via Jack Spitser/Spitser Photography

To top off a tremendous night of swimming in Budapest, the United States mixed 4x100m medley relay team cranked out a new Championships Record, World Junior Record, and gold medal-garnering swim in Budapest.

The combination of Will Grant, Josh Matheny, Torri Huske and Gretchen Walsh collectively clocked a winning time of 3:44.84 to hack just over a second off of the previous meet and WJR mark of 3:45.85 set by Russia back at the 2015 edition of these World Junior Championships in Singapore.

For perspective on the swims individually, Grant’s 53.89 lead-off scorched his individual swim of 54.46 that rendered the 18-year-old 5th in the men’s 100m back event earlier in this same session.

Matheny had already logged a new National Age Group Record for American 15-16-year-olds with his individual 100m breast effort of 1:00.17 that gave him silver and he registered a sub-minute swim here of 59.31 for his leg.

For the women, both Huske and Walsh contested the women’s 100m free semi-final earlier this session as well, with Huske clocking 54.52 and Walsh 54.25 to take the 2nd and 1st seeds, respectively. Walsh closed the relay tonight in a spicy 53.60, rendering the teen as the only sub-54 second anchor of the entire field.

Split comparisons between the previous and new records include:

For perspective, the Americans’ time tonight would have rendered them 7th place at this year’s FINA World Championships in Gwangju.

some guys like Cordes , Miller better be watchful , this guy is on the rise l

What a nice crop of great swimmers coming up