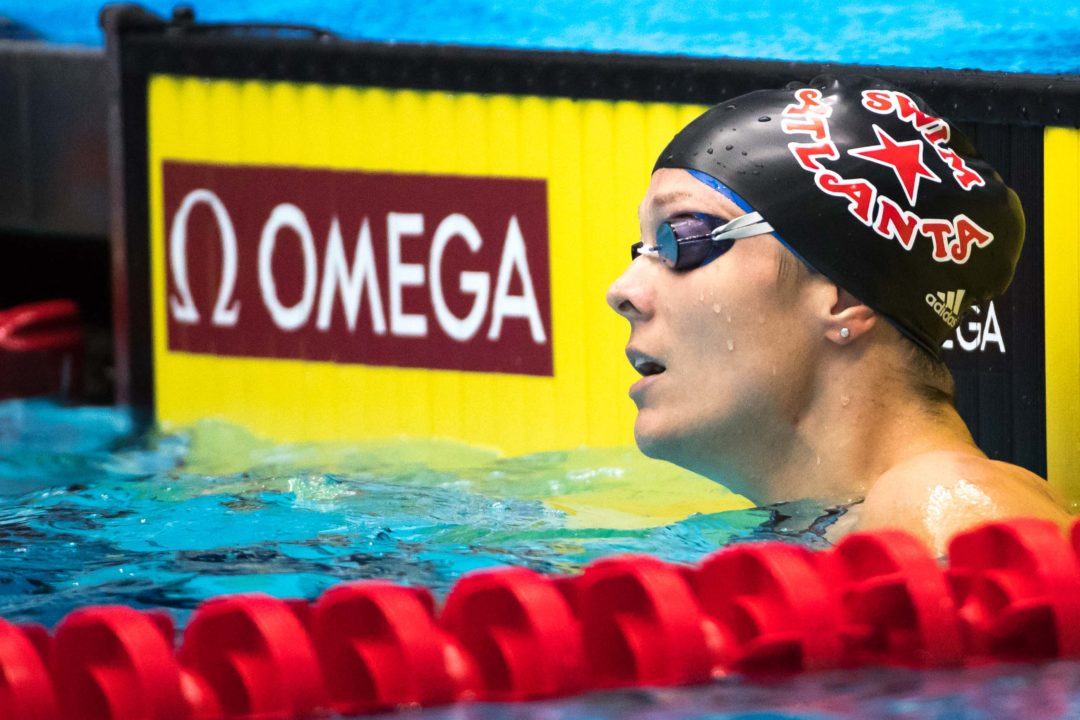 Weir posted on Instagram just prior to her surgery, letting fans know about the disc replacement but also making clear her intent to keep training and competing in the sport.

Weir underwent the surgery midday Monday, and her younger brother Caleb says the surgery was successful, with doctors recommending about three weeks of recovery time before Weir can start swimming again.

According to Caleb, Amanda Weir started noticing shoulder pain this spring, accompanied by a loss of power towards the end of her stroke. Amanda kept competing, hoping for the best at U.S. World Championship Trials, but the pain didn’t subside and her performance slipped as the injury got worse. Shortly after World Champ Trials, Weir got the herniated disc prognosis.

“USA Swimming flew her out to Colorado Springs to check out what was wrong,” Caleb said. Weir had an MRI in Colorado Springs, and after getting several opinions, elected to have the neck surgery this week.

The injury and surgery are very similar to the what NFL quarterback Peyton Manning famously underwent in 2011, Caleb says.

The 31-year-old Weir, who won silver medals in Athens (4×100 free and 4×100 medley relay) and Rio (4×100 free relay) along with bronze in London (4×100 free relay), plans to resume competing this fall, when she’s fully recovered. Even with her neck issues, Weir was the 7th-fastest American 100 freestyler this season with her 54.59 from the Atlanta Pro Swim Series in May.

Argh I wonder how she did that. Hope for a fast recovery!

Best wishes for a speedy return to the pool, Amanda!