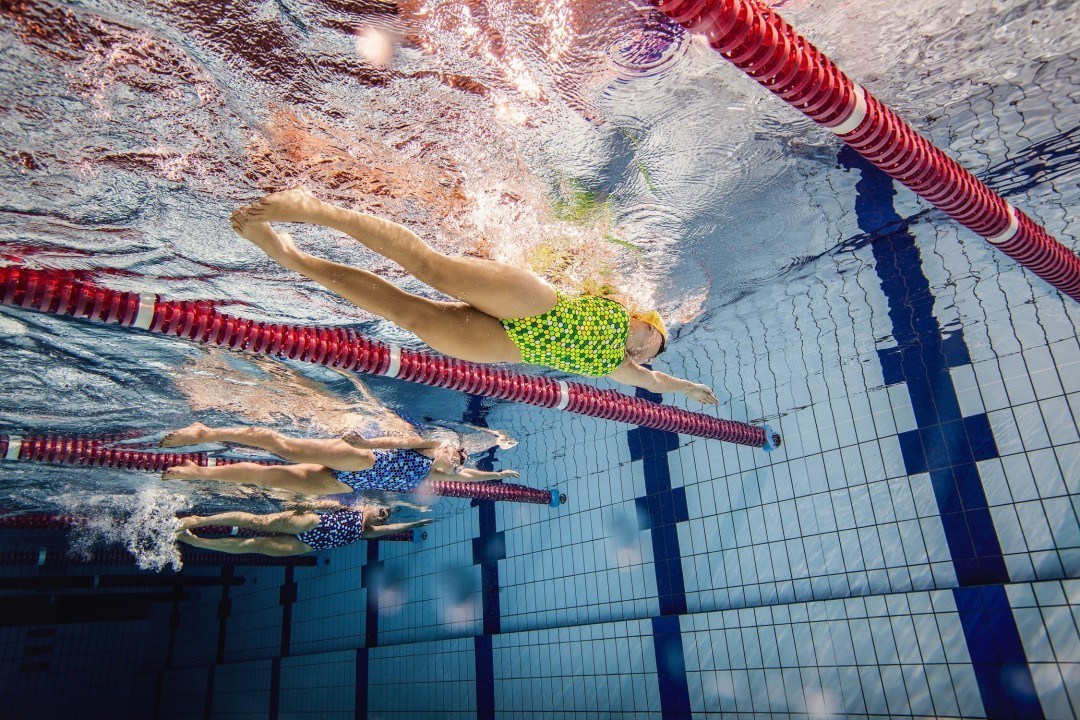 Amanda Nunan swam 4:46.31 in the 500 free to take down a New Jersey high school state meet record from 1988. Current photo via Funky Trunks

Ocean City sophomore Amanda Nunan took down a 28-year-old New Jersey Meet of Champions record in the 500 freestyle this weekend, swimming 4:46.31 to outdo Paulette Russell’s 4:46.86 from 1988. Her win came nearly six seconds ahead of the field. She scored double wins in the mid-distance free events, also taking the 200 free in 1:48.26, over three seconds ahead of second place. To finish off her stellar weekend, Nunan teamed up with Aly Chain, Amber Glenn, and Ryann Styer to win the 200 free relay, coming in with 1:35.50.

Nunan wasn’t the only one to swim a record this weekend, though. The Scotch Plains-Fanwood team of Erika Frazier, Rachel Maizes, Stephanie Judge, and Sarah Davis won the 200 medley in 1:45.36, taking down Westfield’s 2014 mark of 1:45.59.

Princeton’s Abbey Berloco swept the sprint free events, winning the 50 free in 23.20 and the 100 free in 50.30. She also was a member of the winning 400 free relay, where she played the anchor leg alongside Brianna Romaine, Madeleine Deardorff, and Melinda Tang to swim 3:28.60.

Bishop Ahr freshman Sarah Hardy won the 200 IM in 2:02.44, outswimming the defending champion Megan Bull of Hillsborough, who finished in 2:03.16.

The 100 fly went to Bull’s teammate Julieyanna Parker in 55.30, after a close fight with Monika Burzynska of Colonia, who finished in 55.56.

To round out the individual champions, Haddonfield’s Yale commit Sophie Fontaine won the 100 back in 54.61 and Charlotte O’Leary of Montclair took the 100 breast in 1:02.28.