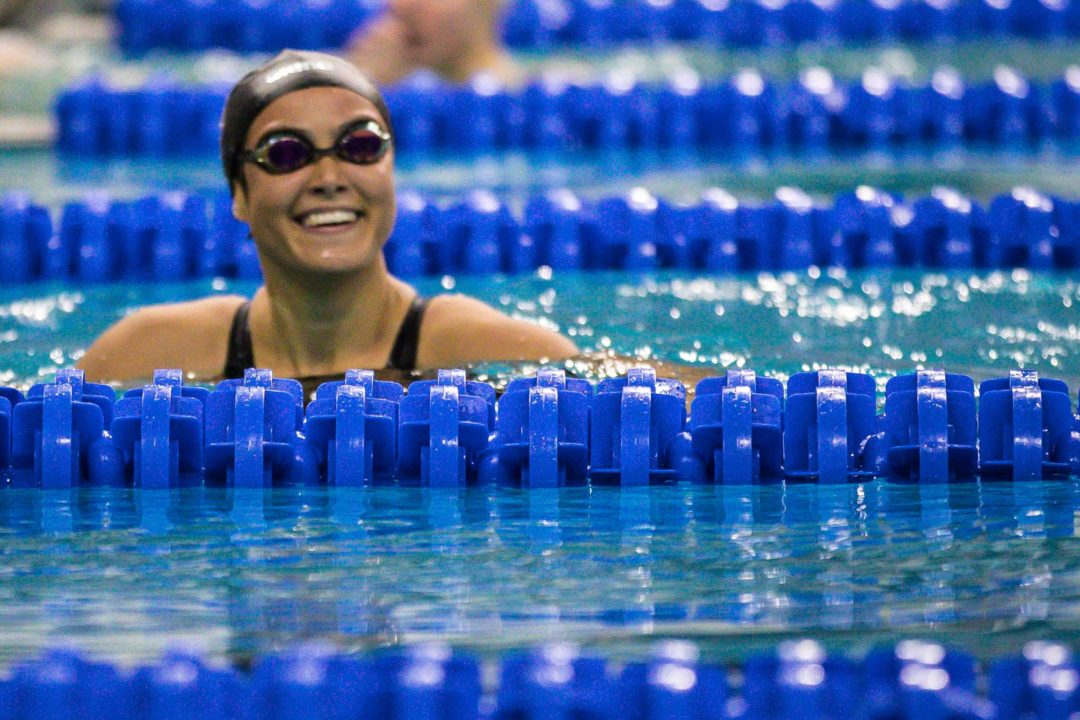 Fackenthal, a sophomore known primarily as a sprint freestyler and butterflier, ripped a lifetime best 52.83 to win the 100 back tonight against WSU. Current photo via Jack Spitser/Spitser Photography

One of the highlights of the meet for Stanford’s win over Washington State was a huge best time for sophomore Amalie Fackenthal in the 100 back.

Coming into the Stanford team last year as a sprint freestyler and butterflier, Fackenthal was 54.42 in the 100 back in high school, not quite on the same level as her free and fly. Nonetheless, she won the 100 back tonight with a time of 52.83, splitting 25.55/27.28 and moving her to the #3 time in the country this season. Stanford has two NCAA scoring-level backstrokers on the roster in Erin Voss and Lucie Nordmann, but it’ll be interesting if Fackenthal is finding new speed in the backstroke going forward.

Junior Katie Glavinovich scorched the field with a 4:12.87 in the 400 IM, the #3 time in the country right now. That’s her fourth-best performance, ever, in the event, and not far from her lifetime best of 4:09.26.

Freshman Alexandra Crisera shaved five seconds off of her old best in the 500 free (4:51.32) to take second behind teammate Voss (4:49.93). Crisera also touched second in the 100 back but had a soft touch and the time wasn’t accurately recorded.