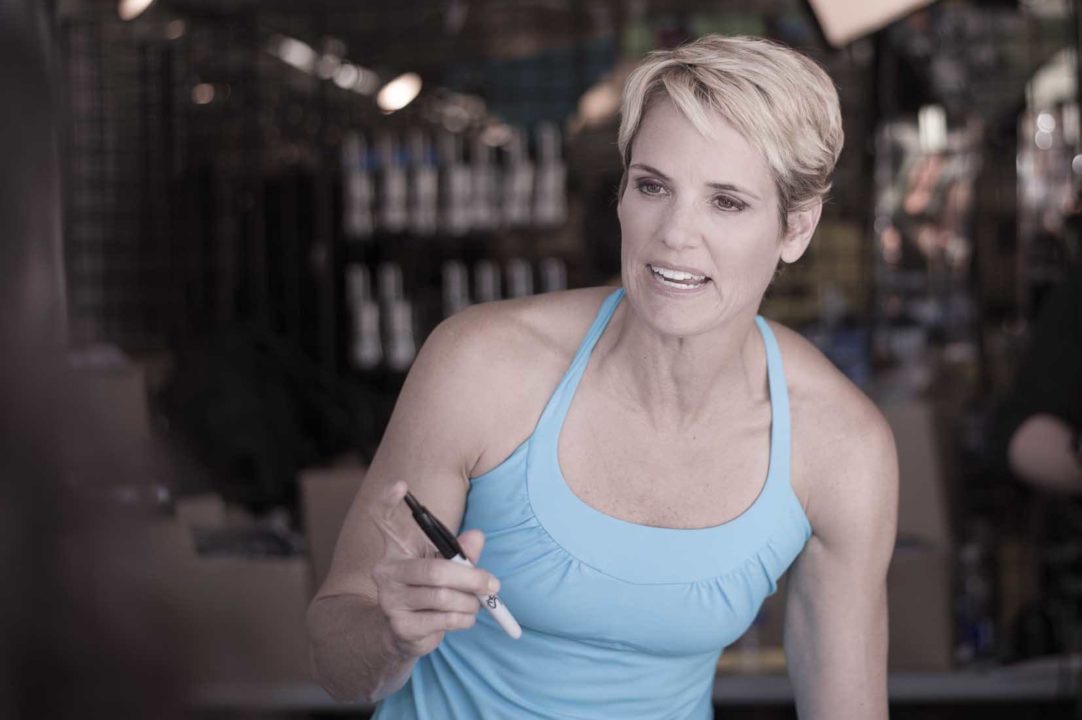 Dara Torres is a legend in the pool, and that has made her very marketable to brands looking to capitalize on her resume. Archive photo via Mike Lewis/Ola Vista Photography

US Olympic legend and twelve-time medallist Dara Torres (48) is facing a legal battle over the fine print of two of her corporate endorsement deals.

Torres shot to mainstream fame at age 41 as a member of the US Olympic team winning three medals at the 2008 Beijing Olympic Games despite being an average of 10 – 15 years older than her competitors, and a mum. This, coupled with her wholesome model-like looks and public relations skills, has afforded Dara an impressive portfolio of business opportunities post-swimming. Torres, now 48, has endorsed everything from anti-aging creams to ear-phones, she has appeared on various US television networks and even appeared  in the coveted Sports Illustrated Swimsuit Issue –  the first female elite athlete to do so. Torres’ image screams health and vitality through middle age and she has built herself into a highly marketable commodity. Dara is also an accomplished motivational speaker.

In a complaint lodged in federal court in Boston this week, Torres alleges that compression sleeve apparel-maker Tommie Copper Inc. have wrongfully terminated her 5 year and $1.5 million deal to promote their products, due to a supposed breach of an exclusivity clause, which prohibits Dara from promoting any other “sports performance or apparel products, including performance drugs”. The ex-athlete does currently have another endorsement contract with Vestiage Inc. who make a range of anti-aging creams and supplements. Tommie Copper contend that Dara’s endorsement of the Vestiage products, which they consider to be “performance drugs” is a breach of their agreement and are withholding the remaining $900,000 of the contract, plus legal fees. Torres, however argues that these products (which include facial creams, libido boosters for women and testosterone supplements for men) are consumer products and not “performance drugs” at all. Torres also states in her complaint that her relationship with Vestiage Inc. was public knowledge from July 2013 and she didn’t enter into the contract with Tommie Copper Inc. until September 2013.

To rub salt into the wound further (and despite terminating her contract via a letter dated July 13), a video featuring Torres endorsing the Tommi Copper copper-laced compression technology sleeves was still appearing on Tommie Copper Inc.’s website as of Friday and Dara is still listed as an Ambassador.

Torres has not made herself available for comment but on the same day that she lodged the complaint she did tweet a bikini-clad pic of herself relaxing in a hammock wearing her Koss ear-phones (another product she endorses). Sending the message that she is one cool customer and will not be bullied by the corporate world.

Let’s be clear. This is simple business where Tommie Copper wants out of it’s contract with Dara and they believe they’ve found a way. I hope she gets her money.

Reviews indicate their products are overpriced and poorly made, and there’s no scientific evidence or clinical studies that indicate copper apparel has any benefit. Pretty much a scam, so it’s not surprising that they’d behave this way. Probably a shrewd move to boost publicity without paying for marketing. No sympathy when shady endorsements like this one go bad.

Anyone else find it interesting that she is endorsing testosterone supplements…but not as performance enhancers of course? I’m sorry, but with her having achieved such swimming success at a relatively advanced age, I would have advised not endorsing any testosterone products!

See what comes up on a Google search for Vestiage, Inc. Nothing but stock information and a non-functioning company website. No product information. No reviews. Just money.

Don’t believe she was endorsing all their products but specifically the anti aging creams.

I’m fine with it.

Testosterone supplements are needed as you age and your natural production goes down. She is no longer competing, but does represent people in their 40’s and 50’s who could use it.

Needed as you age? You just said that our testosterone production naturally decreases, so why is that something that needs to be “fixed”?

I read an article about an advanced age weightlifter who dominates his category by taking enormous prescribed doses of testosterone in order to maintain a normal level—yeah, “normal” for an 18 year old! It’s ridiculous that these guys are competing without any restriction.

I’m not advocating using it while you compete, but on average your T-levels decline about 1.5% per year. As a result, yes to promote good health you should to maintain a satisfactory level. It’s hard for you to understand I’m sure, but go do some research on the matter.

Rick Mears… winning the hearts and minds of nobody.

Just because something occurs naturally doesn’t mean its always good for you.