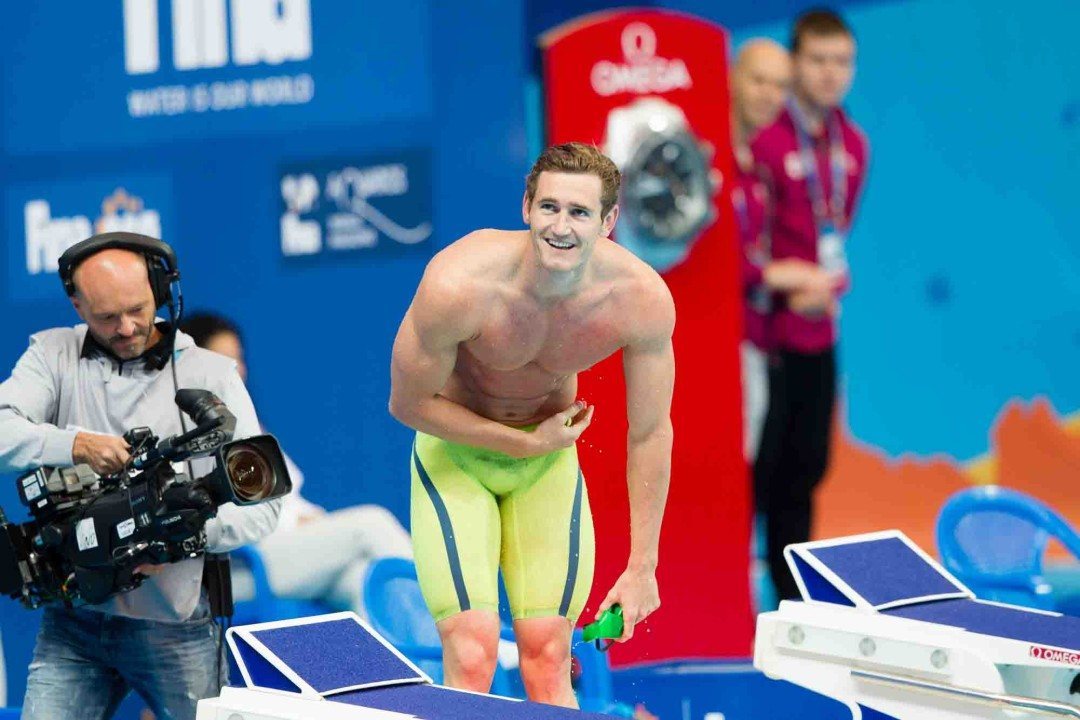 Cameron Van Der Burgh broke his official 50m breaststroke world record during day three prelims with a time of 26.62 in order to take the top seed heading into finals.

The South African showed sizzling speed to equal the yet to be ratified record set by Adam Peaty of Great Britain set at last summer’s European Championships. Peaty’s record is reported to have not yet been officially accepted by FINA, the world governing body for swimming and swimming records, due to an administrative error involving blood testing.

With Peaty’s record still unofficial, the stated world record heading into the meet was Van Der Burgh’s own 26.67 mark from the 2009 World Championships.

Although Van Der Burgh managed to put his name upon that world record one way or another, he’s got some stiff competition ahead of him heading into tonight’s semifinals.

Peaty swam a 26.68 during his heat whilst behemoth Slovenian Damir Dugonjic was also within reach posting a 26.70.

Peaty is likely Van Der Burgh’s biggest challenger in the event after beating him in the 100m breaststroke on day two. There, Peaty won by just seven one-hundredths of a second in a race that was much closer than many would have anticipated.

Although Peaty has the upper hand in the 100, Van Der Burgh’s superior start in the 50 will give him an early advantage in finals before Peaty tries to use his lightning-quick turnover to play catch-up. Van Der Burgh already has two 50m breaststroke world titles under his belt and is the defending world champion from 2013.

RACE VIDEO Race starts at 2 minutes in the video
https://www.youtube.com/watch?v=R6bbE58eSqo

why/when does the record become official?