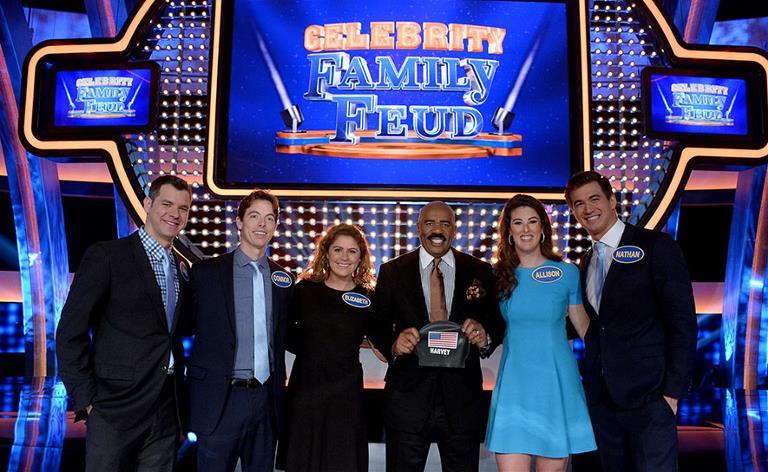 The team won the head-to-head battle by a landslide, 475-85, and advanced to the Fast Money round. Adrian and Schmitt were selected, each answering five rapid fire questions. If they combined for a total of 200 points, they would earn an additional $25,000 for the foundation. They executed well, with Adrian compiling 109 and Schmitt 129 for a total of 238 points. You can watch the Fast Money round, via Family Feud on Youtube, below.

Adrian is the lone member of the team who is fully committed to the 2020 Olympics, coming off a strong four medal performance at the World Championships in August. Beisel was also on that World Championship team, and will continue to swim until her Speedo contract expires later this year, but anything beyond that is up in the air.

Jaeger and Plummer both retired after Rio, and Schmitt took a break without making anything official. She has yet to compete since the Olympics, but has hinted that a run at 2020 may be in the cards.

They did swimmingly… as one might guess! ?@USASwimming #CelebrityFamilyFeud pic.twitter.com/8RHJ5gXFyI

I liked them next to the Gymnastics group. Its like they were next to me since I’m only 5’4″. I have not watched family feud in years, its cool that they won.

Now, I thought a male gigglo would want to charge a 1,000 dollars but I think that I would not get the number one answer for the other questions.

$50 was a fantastic answer.

WELL, ACTUALLY: If the gymnasts had gotten the final response (oh god I can’t remember what it was) they would’ve won. That’s just how the Feud goes, babaaaay.

I saw the show. The swimmers were very entertaining and it was a fun show to watch…

You had Beisel and Schmitt on the show. That’s like a two person game show on it’s own! ?