Is Allison Schmitt Making a Run at Tokyo 2020? 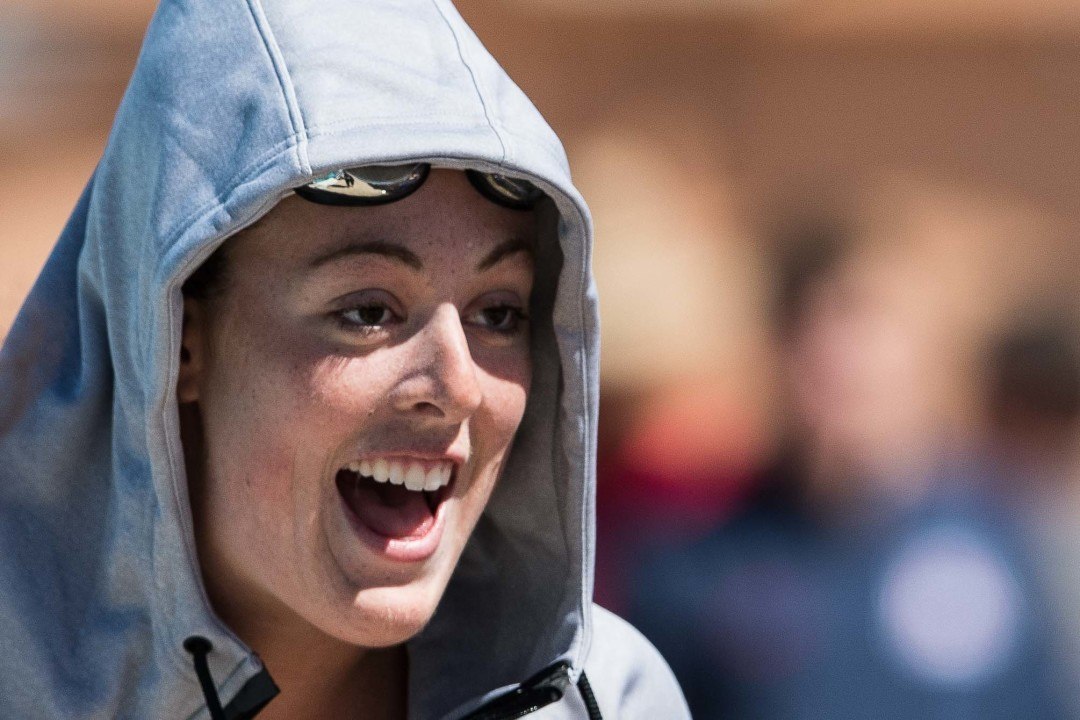 The jury is still out, her coach says, in spite of recent Instagram posts by her long-time training partner and friend Michael Phelps. Archive photo via Mike Lewis/Ola Vista Photography

We’ve been peppered with emails, comments, and Tweets today asking about a string of posts to Michael Phelps’ social media accounts that have coyly hinted that his long-time training partner and 8-time Olympic medalist Allison Schmitt might not be done swimming just yet.

After taking relay gold and silver (800 free relay, 400 free relay) in Rio, Schmitt hasn’t raced in an official meet since. In spite of not racing, however, Schmitt never left the USADA drug-testing pool: the one thing a swimmer can do to officially retire. In fact, in 2017 she’s been tested in the 1st, 2nd, and 3rd quarters of the year, meaning that she could still swim a meet at any time without having to sit out the mandatory waiting period to return to competition.

We asked her long-time coach, Bob Bowman, whether or not she was making a comeback, and while he didn’t say it was definitely not happening, he said that it was “hard to say” and that she wasn’t “seriously training” right now.

Even if she’s not swimming hard laps, Schmitt has kept plenty busy. Schmitt has become an outspoken advocate for matters of mental health – using her personal battle with depression as a platform to help others. Now, she’s taking her mission to the next leevel and going back to school to earn her Master of Social Work.

She’ll also do some racing this weekend in Houston. Not against Olympians, though – she’ll take part in a Hurricane Harvey relief fundraiser with Cammile Adams that will include, in part, her racing some of Houston’s best age groupers in a series of all-out 25s. USRPT anyone?

We reached out to Schmitt to see if  she had any more definite details about her plans for the future, but as of posting time haven’t heard back.

1
0
Reply
Caeleb Dressel WILL get 7 golds in Tokyo

The Goat has cup marks on him. ?

He looks fit a year out, so obviously hitting it in the dryland (as he said he would — wanted to get “jacked.” Definitely not going Marco Koch on us.

If olympic gold was the start of a depression streak why keep going back? Just walk away Renee .

You understand very little about depression

I wonder how long Phelps is gonna stay relevant in the social media world.

He’s still coming back… For the right $$, why not??
And having massive impact on Team USA!! An athlete like Phelps can’t stay away from the competition and he’s clearly in shape…

Considering all our social media worlds are a little different, for you probably a good while considering you on a swimming website commenting on this.

It is a valid question, one I’m curious to see play out – hopefully he keeps his name out there, without too many shark jumps err races. Most swimmers media presence fades too quickly, unfortunately.

This is the second recent photo I’ve seen of Phelps where he has cup marks. If he isn’t seriously training then why would his body need cupping to help recover so much?

Regular people use cupping as well, not just high level athletes. He may just have shoulder issues from all the years of swimming and goes and gets cupping done to help.

Your rational and logical thinking is not helping those of us who are trying to predict a 2020 comeback scenario.

He’s obviously fit and maybe he’s training with Smitty to help her out.

I love her. She was the brightest spot on the female team at the London 2012 Olympics. She will have to do some serious training to make the team for Tokyo 2020 though.