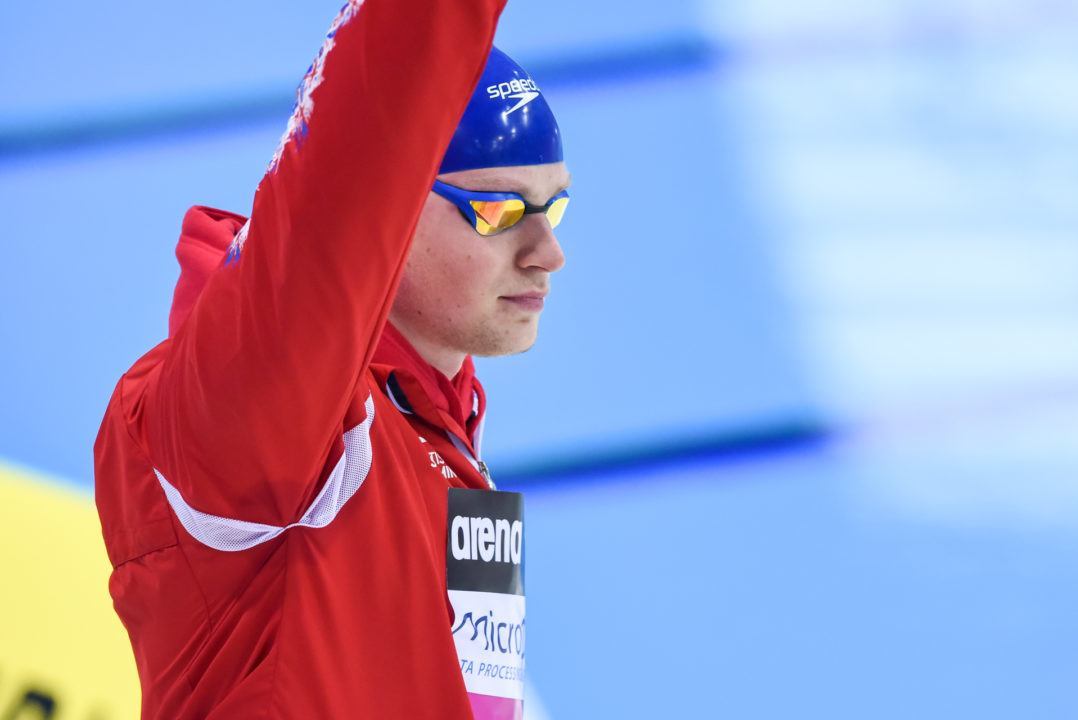 After he and the other swimmers from the second semi-final of the men’s 50 breast had to wait a few minutes for the results to show up on the board, Adam Peaty finally saw his time: 26.66. That is Peaty’s third fastest swimmer ever, and ties for the 4th fastest of all-time. It just misses his championship record of 26.62 when he set the world record in the semi-final. He went onto win gold.

The 2015 World Championships were the first meeting between Peaty and van der Burgh after Peaty stole van der Burgh’s 100m world record away, and it was a show. The two went head-to-head in both the 50 and 100, with Peaty ultimately emerging victorious in both. Five of the eight fastest times were recorded at that meet.

Peaty was the only one in the semis to crack 27 seconds, with countryman Ross Murdoch qualifying 2nd overall in 27.25 and Slovenian Peter John Stevens 3rd in 27.29. Peaty and Murdoch went 1-2 in the 100, and Murdoch also won the 200 in a very close battle with defending world champion Marco Koch.

Peaty will look to defend his European title in the final tomorrow night. He launches into 1st in the world since the 2015 World Championships, overtaking van der Burgh’s time of 26.74 from the Paris stop of the 2015 World Cup.

I hope his start doesn’t end up costing him Olympic gold!

With the right start, he could go 26 flat.