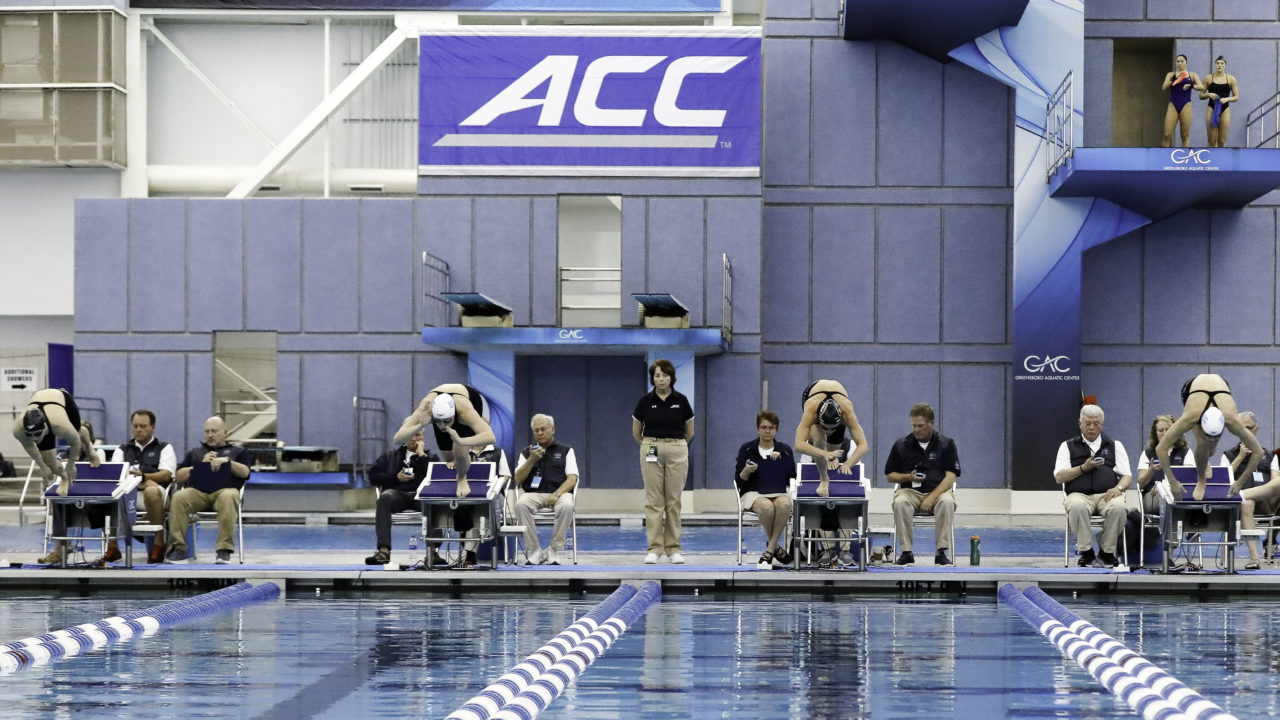 The ACC, unlike several other Power 5 conferences, will allow non-conference competition at each individual institution's discretion. Stock photo via Jeremy Esbrandt/FSU Sports Information

The ACC, which is one of the five NCAA conferences that make up the “Power 5” conferences, has announced that all 7 ACC sponsored fall sports will begin play during the week of September 7-12. This pushes back by about a week their previous competitive moratorium that was through “at least August.”

The Big 12 has not yet announced plans for fall sports.

Competition in fall sports is allowed to begin Thursday, September 10, and teams will play a conference schedule that meets the NCAA minimum amount of games: field hockey (6), women’s soccer (6), men’s soccer (6) and volleyball (10). Schools may then schedule additional conference and non-conference competitions at their own discretion, though all opponents must meet the ACC’s medical standards.

In cross country, schools may continue to schedule at their discretion.

The conference is still on a ‘wait and see’ plan for Winter and Spring Olympic sports, allowing them to continue to practice at this point. For swimming & diving, which is a winter sport in the NCAA, competition is not allowed to start until at least September 10. While most swimming & diving competition typically begins in the last week of September or the first week of October, there are occasional meets earlier in the month. Last season, for example, Alabama (not an ACC team) swam Delta State on September 13, and many schools schedule intrasquad or alumni events in early September.

So, in effect, that September 10 date won’t have any real impact on teams’ swimming & diving plans.

Other sports, however, have traditionally begun competition in August. This year’s first intra-conference ACC football game was scheduled for Wednesday, September 2, between NC State and Louisville, so this will continue to impact teams’ schedules.

The exception is that fall competition in men’s and women’s golf, men’s and women’s tennis, rowing, men’s and women’s lacrosse, softball, and baseball have been canceled. The fall seasons of those sports are typically an exhibition season, with their formal NCAA seasons coming later in the year. Golf and tennis student-athletes will be allowed to compete unattached in the fall.

“As we look ahead to the fall, the safety of our students, staff and overall campus community continues to be our top priority,” said Kent Syverud, Chancellor of Syracuse University and the Chair of the ACC Board of Directors. “Today’s announcement outlines a specific path for ACC fall sports to return to intercollegiate athletic competition using comprehensive protocols put forward by our ACC Medical Advisory Group. As a league, we understand the need to stay flexible and be prepared to adjust as medical information evolves in conjunction with local and state health guidelines.”

“Today’s decision was made after months of thoughtful planning by numerous individuals throughout the conference,” said ACC Commissioner John Swofford. “The Board’s decision presents a path, if public health guidance allows, to move forward with competition. Our institutions are committed to taking the necessary measures to facilitate the return in a safe and responsible manner. We recognize that we may need to be nimble and make adjustments in the future. We will be as prepared as possible should that need arise.”