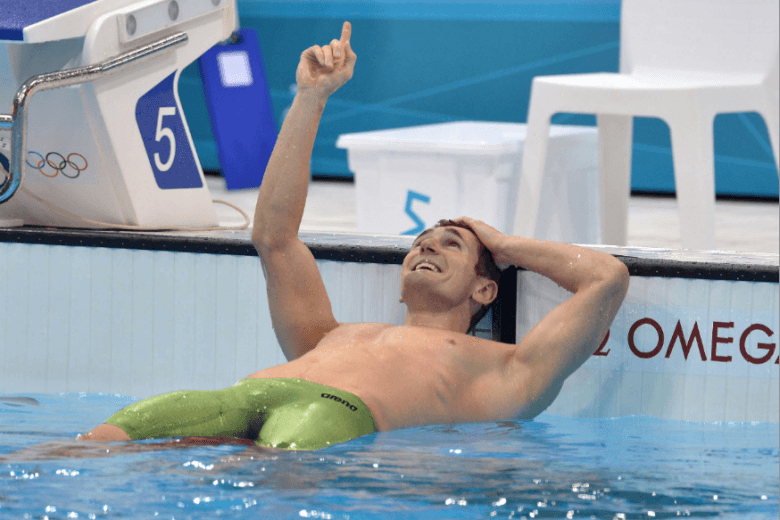 With the next Summer Olympic Games postponed until 2021, let's revisit our list of medalists from Rio who are most likely leaving a void in their events. Archive photo via Fabio Ferrari, LaPresse

In March of 2018, I took a look at the men’s and women’s swimming medalists from the 2016 Olympic Games in Rio, gauging who had, at that point, announced retirement, suffered a career-altering injury, or were otherwise no longer in the running for a podium repeat come Tokyo 2020.

Let’s revisit the men’s list, taking a look at whose status has changed from two years ago.

We listed Japan’s Masato Sakai as questionable back in 2018. With American Olympic icon Michael Phelps having won the men’s 200m fly at the 2016 Olympic Games, marking his 3rd gold in the event over his 5 Olympic appearances, it’s easy to forget by just how slim of a margin the GOAT actually took home that gold in Rio.

Phelps topped the podium in a time of 1:53.36, but touching only .04 outside of the top prize was runner-up Masato Sakai of Japan. The then-21-year-old Waseda University swimmer stopped the clock at 1:53.40 to snag silver, making him Japan’s 2nd fastest performer ever at the time.

Since that magical swim, however, Sakai has been training and competing somewhat under the radar. He underwent surgery to address a Ganglion cyst affecting one of his shoulders in August 2018, with his rehabilitation rendering the man off of that year’s Pan Pacific Championships and Asian Games rosters. He also missed the 2019 World Championships roster, finishing 4th in the 200m fly in Japan’s Trials.

But there was a spark of a return to form for Sakai at the FINA Champions Series meet in Budapest in May of 2019. The man punched a 2fly time of 1:55.40 to capture silver behind Kristof Milak of Hungary, the swimmer who eventually set a new world record later that summer. Sakai’s time there in Budapest marked his fastest since the 2017 World Championships where the man threw down a time of 1:55.04 for 6th place in the final.

Florent Manaudou of France, the silver medalist in the men’s splash n’ dash in Rio, took some time off from the high speed life of an aquatic sprinter. In September 2016 he said, “I have decided to take a break from my triple daily workouts (2 sessions of swimming and 1 session of weights), yet still remain an active swimmer who will compete in a few meets this year.”

He dabbled in handball to keep in shape, competing for the Aix-en-Provence club before announcing his return to swimming in March 2019.  While competing at that year’s Sette Colli, the now-29-year-old clocked a swift 21.72 50m free to finish behind World Championships silver medalist Bruno Fratus.

Then, as a member of Team Energy Standard at the International Swimming League (ISL) Season 1 finals, Manaudou ripped a SCM 50 free time of 20.69 to finish behind American Caeleb Dressel. The Frenchman followed up with a solid 20.66 to once again snag silver, this time behind Russia’s Vlad Morozov at the 2019 European Short Course Championships.

As for American Conor Dwyer, the individual 200m freestyle bronze medalist from 2016’s Games had yet to compete when we devised our initial list of Rio medalists possibly not repeating in Tokyo. As of our previous article’s writing, Dwyer’s last time in the pool was represented by his appearance at 2017’s Energy for Swim charity event overseas.

Then, in October 2019, the United States Anti-Doping Agency (USADA) confirmed Dwyer had been suspended for 20 months after a panel found he “had testosterone pellets inserted in his body in violation of the rules.” The 20-month (one year and eight months) suspension was backdated to December 21 and expired on August 20, 2020.

That would have rendered Dwyer out of the 2020 Tokyo Olympics, had they gone on as scheduled. That the Games’ postponement opened a new opportunity to potentially qualify proved moot, as Dwyer subsequently announced his retirement.

Another new man on the list of Rio medalists most likely not repeating in Tokyo is Belgium’s Pieter Timmers, the man who took 100m free silver behind winner Kyle Chalmers.

The 32-year-old father of one said on April 16th, “The postponement of the Olympics thwarts my watertight plan, which had been mapped out years ago: to give everything once more at the Games, and then start a new chapter.”

“I will not participate in the postponed Olympic Games in Tokyo in 2021. It is a shame, but I am happy with it because I want to make my own choices and this was a well-considered decision.”

Timmers has continued to compete since he logged that 47.80 national record to snag 100m free silver in Rio. He missed out on the event’s final at the 2017 World Championships, settling for 16th while he suffered the same fate 2 years later at the 2019 World Championships in Gwangju.

In between, Timmers was hospitalized for meningitis, missing out on the 2018 European Championships.

Timmers plans on competing through the end of this calendar year.

Sun, 28, was found guilty of having tampered with the doping control process, despite his argument that testing personnel did not have proper credentials. “In particular, the panel found that the personnel in charge of the doping control complied with all applicable requirements as set out in the ISTI,” CAS said.

After the decision, Sun said that he will ‘definitely’ file an appeal to the Swiss Federal Tribune. According to the CAS website, an appeal is ‘allowed on a very limited number of grounds, such as lack of jurisdiction, violation of elementary procedural rules (e.g. violation of the right to a fair hearing) or incompatibility with public policy.­­­’

As it stands right now, Sun will be absent in Tokyo.

In December 2018 South African breaststroker Cameron van der Burgh announced his retirement from competitive swimming after winning the World Short Course Championship gold medal in the men’s 100m breaststroke. In his post-race press conference, the World Record holder said that the competition would represent the last of his career.

Van der Burgh had announced previously that he would retire after the 2020 Olympic Games, but after getting married in July of 2019 and accepting a new job at Andurand Capital Management, a large oil-focused hedge fund based in London, he shifted up his decision.

He and his wife recently welcomed their first child into the world.

As of July 2018, two-time world champion sprinter James Magnussen was “50-50” on retiring before the Tokyo Games.

He made the official decision in June of 2019, rendering him out of chances for a repeat as a member of Australia’s men’s 4x100m free relay. He, along with Chalmers, James Roberts and Cameron McEvoy earned bronze at the 2016 Olympic Games.

“I have taken the time to make the best decision for myself moving forward and to do that I wanted to make sure I was in the best space mentally and physically before announcing my retirement.

“At 28 years of age I feel I could have swum at another Olympic Games, but with the lofty standards I have held myself to over the years and the high expectations I have, I believe now is the right time to step away from the sport,” now-29-year-old Magnussen said.

Versatile former Florida Gator Dan Wallace announced his retirement after the 2018 Commonwealth Games, where he helped Scotland score 2 bronze medals. Prior to that, at the 2016 Olympic Games, Wallace was a member of Great Britain’s silver medal-winning 4x200m freestyle relay.

The backstroke specialist won silver in the 400 medley relay at the 2016 Games in Rio alongside teammates Adam Peaty, James Guy and Duncan Scott, and also placed 11th individually in the 100 back. Four years earlier in London, he made his Olympic debut on home soil as he placed 20th in the 100 and 22nd in the 200 back.