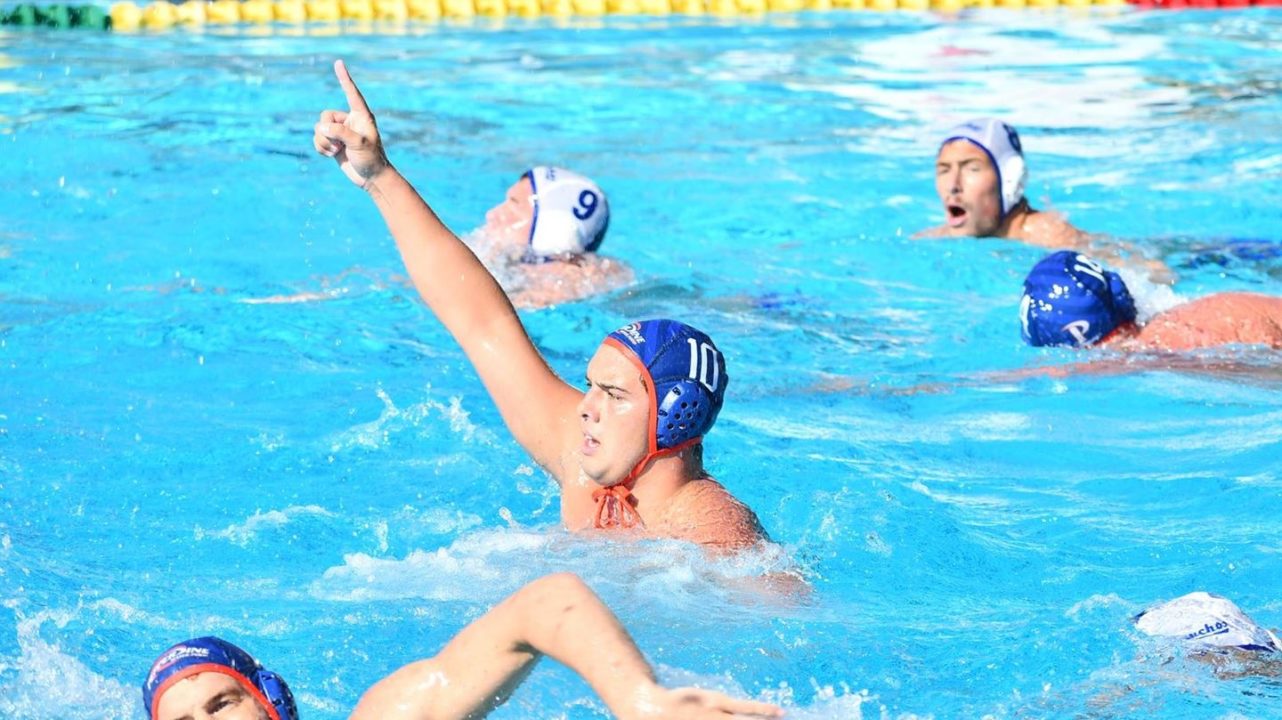 All six collegiate men’s water polo conferences crowned their respective tournament champions on Sunday. The winners, save that from the SCIAC, all earned an automatic berth to the NCAA Championships field, which will be announced late Sunday night.

A few milestones were reached on the weekend as Fordham’s Jake Miller-Tolt snapped the school season mark for goals, besting Ned Kelly’s record (112) from 1971 as the Rams lost to George Washington on Saturday.

Harvard head coach Ted Minnis notched his 200th career victory as the Crimson edged past rival Princeton for the Northeast Water Polo Conference Championship, a perfect 29-0 mark and a spot in the NCAA Championships.

#5 Pepperdine won the GCC tournament title and the league’s automatic bid to the NCAA Tournament with a 14-12 victory over #8 Long Beach State in the championship match.

The title marked the first GCC crown and automatic NCAA berth for the Waves since 1997.

The Waves had a bye to the semifinals as the #2 seed and squeaked past #6 UC Santa Barbara in 10-9 in overtime to make the title game.

Balazs Kosa put in four goals in the final as the Waves rallied from down 5-4 to go ahead 9-6 at the half. The 49ers outscored Pepperdine 6-4 in the second half, but came up short. Austin Stewart scored four times to pace Long Beach State.

On Sunday, the regular season champion and #1 seed, captured the title in front of its home crowd in Lewisburg, Pennsylvania behind a hat trick by Logan Schofield. The championship marks the first for the Bison since 2016 and earns the team is seventh NCAA Tournament berth.

Bucknell scored the first three goals of the game and led 4-1 at the half en route to an 8-2 advantage midway through the third quarter, before holding on for the win.

Logan Schofield paced the Bison with a hat trick, while Andras Levai put in three goals for GW.

#1 Stanford edged past #3 UCLA in 16-15 overtime on Saturday to earn a spot in the final against tournament host #7 Cal. Once in the championship match, the Cardinal won 17-11 as Tyler Abramson put in four goals and Quinn Woodhead notched a hat trick.

The title is Stanford’s second straight and seventh overall.

The Cardinal led 10-6 at the half with a balanced offensive attack. Down 13-6 in the third quarter, Cal rallied to within three (13-10), before coming up short.

#9 Harvard continued its perfect season (29-0), defeating St. Francis Brooklyn and #19 Princeton to claim the NWPC crown. The Crimson downed the Terriers 15-9 on Saturday before edging past rival Princeton 8-7 in Sunday’s title match.

The championship match win gave head coach Ted Minnis his 200th career victory and also earned Harvard a spot in the NCAA Championships. The title is the Crimson’s third in the last four years. Princeton topped Harvard 12-10 in the 2018 final. It also marked the first time the top seeded team had ever won the NWPC championship title.

On Sunday, Harvard trailed 4-2 but rallied with three goals, the last by Alexandru Bucur to boast a 5-4 halftime lead. Princeton regained the advantage at 6-5 and again at 7-6, but the Crimson scored the last two goals of the game. The game winner came on a penalty by Alex Tsotadze. Tsotadze and Jackson Enright led Harvard with two goals apiece, while Keller Maloney and Yurian Quinones notched two scores each to pace Princeton.

RV Whittier topped Redlands 12-7 in the semifinals before squeaking past Claremont-Mudd-Scripps 13-12 in the championship match. This marks the Poets’ first SCIAC title since going back to back in 2013 and 2014.

CMS led 3-2 after two powerplay goals in the opening quarter, but Whittier outscored the Stags 5-4 in the second stanza to knot the score at 7. Maxwell Murphy and Hans Zdolsek scored in the second minute of the third quarter to put Whittier on top and Cornelis Kriek chipped in a powerplay score to make it 10-7. Up 10-9 with eight minutes to go, Murphy and Dominick Nevarez gave the Poets much needed breathing room. Claremont-Mudd-Scripps scored three of the final four goals, but a Paul Pittion score with 1:26 to play proved to be the game winner for Whittier.

Murphy turned a hat trick in the game, while eight other players chipped in scores for Whittier. Christian Thorton notched five goals for Claremont-Mudd-Scripps, including the final two scores of the game.

Both teams will advance to the first USA Water Polo Division III Championship on Dec. 7-8. Johns Hopkins and MIT will round out the four-team field.

The Aggies claim their third title in the last four years and the WWPA’s automatic berth to the NCAA Championships.

UC Davis went up 2-0 early, only to see UCSD tie it up at 3-all with 7:04 left in the second quarter. From there, the Aggies cruised to an 8-3 halftime lead and an 11-3 advantage before allowing another Triton score with 1:42 to play in the third period.