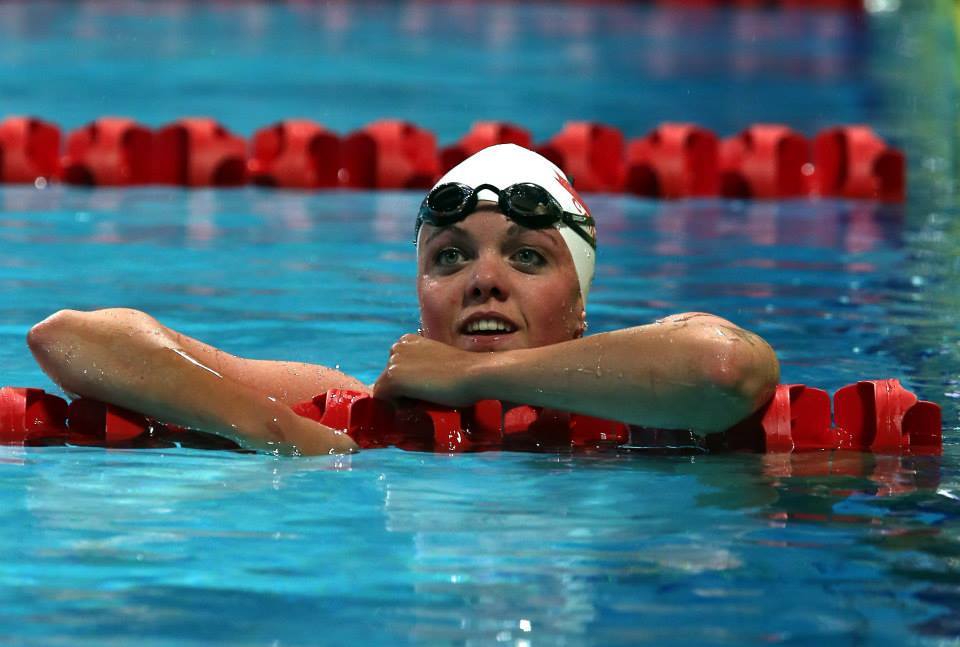 We’re down to just one day remaining in the women’s Big Ten Swimming & Diving Championships. Here are 6 Big Things that stood out on an eventful Day 3:

1. O Canada: The Big Ten has so far been a great meet for swimmers from the Great White North, as Canadians have won 4 of the 8 individual swimming events so far and also contributed two winning relay legs. Indiana freshman Kennedy Goss has been the big driver of that number, adding the 200 free victory tonight to her 500 win last night. With Hoosier Brooklynn Snodgrass favored to win the 200 back tomorrow, and Minnesota’s Kierra Smith in line to take the 200 breast, it’s looking like we might be seeing even more of that there Canadian domination, eh?

2. A Battle of Weaknesses: Tonight’s events left every contending team hoping to cover over at least one glaring weakness. Minnesota had no scoring backstrokers, and had to watch their rivals Indiana and Michigan pile a combined 6 swimmers into the top 8. Indiana had no breaststrokers in an event where the Gophers and Wolverines went 1-3. And Michigan’s top 100 flyer was just 16th with Minnesota putting 3 into the A final and Indiana’s Gia Dalesandro taking second overall. We’ll likely see those three weaknesses come into play again tomorrow, though the field shifts a little. The constant event mismatches have a silver lining for fans, though, and that’s the constant shifting of momentum and team points that has made these championships so entertaining.

3. Brooke Zeiger destroys the 400 IM: The most lopsided victory of the night came in the opening individual event, where Minnesota freshman Brooke Zeiger was on an entirely different level from the field. The former Bluefish swimmer (the same club that produced Olympian Elizabeth Beisel and NCAA champ Laura Sogar) hit the gas and never looked back. Not only did Zeiger have the field’s fastest fly split, she also had the fastest backstroke leg. Oh, and the quickest breaststroke. And – yep, you guessed it – the fastest free split to boot. Her winning margin of 4.8 seconds is absurd at a major conference level, and Zeiger now leads the NCAA and would have gotten her 6th at last year’s NCAA championships. That’s a giant swim for the continuity of the Minnesota program, which graduates a monster senior class this year, but now has a bona fide star to hang their hat on moving forward.

4. Indiana’s back-breaking DQ: Relay disqualifications are a part of every single college postseason. We haven’t seen the DQ bug bite anyone too badly yet this post-season, so IU’s 400 medley relay miscue is a good reminder to the entire NCAA about how devastating a loss of relay points can be. The Hoosiers got nabbed for a false start on their butterflyer Dalesandro, wiping out what would have been a 5th-place relay worth 28 points. With that total added in, IU would be trailing by just 19 points, or less than the total amount earned by one single event winner.

5. Rookie reign: If it seems like the women’s Big Ten got faster overnight, it’s because it has. This year’s freshman class is taking the conference to unprecedented levels, and all sorts of teams are getting in on the action. Freshmen have won 6 of 10 individual events so far – maybe a better stat is that in non-Ivy Martin events (you know, the events won by human beings), freshmen have won or been on the winning relay 7 of 9 times. This freshman class includes Goss of IU, Zeiger and 1-meter/3-meter diving winner Yu Zhou of Minnesota and Clara Smiddy of Michigan, and that’s just event winners. Other rookies making a splash include Gillian Ryan (Michigan), Samantha Lisy (Indiana), Zhesi Li (Ohio State), diver Jessica Parratto (Indiana), Danielle Nack (Minnesota), Abby Jagdfeld (Purdue), Emily Kopas (Michigan), Marie Chamberlain (Indiana) and diver Brittany Menninger (Ohio State), all of whom have A final appearances so far. The future of the Big Ten is looking bright, and it’s also looking fast.

6. Rise of the Badgers:  the team that’s been most impressive at the top so far has been the Wisconsin Badgers, who have won 5 events so far, more than any team in the conference. That includes a 3-for-4 performance on relays. A huge portion of that production, though, belongs to one swimmer, Ivy Martin, who has been a part of all 5 wins. But Wisconsin also put together 4 A final swims and 4 B final appearances tonight, and are surprisingly still in the team points hunt, or at least the battle for 3rd. Wisconsin still probably isn’t deep enough to overcome Minnesota, Indiana and Michigan, but if Martin keeps spitting fire every time she enters the pool, the Badgers have an outside shot to pick off one of those three teams with a great day 4.