5 Storylines To Watch At ISL’s 2020 Season-Opener 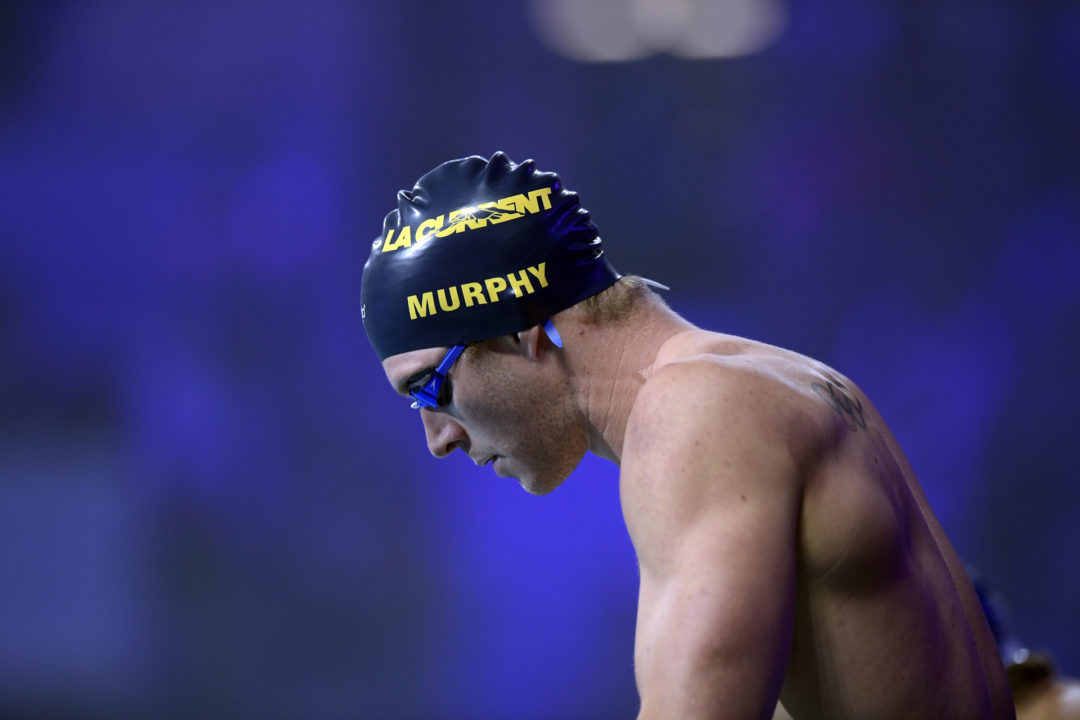 The league's best medley relays will collide in match #1, and we've got a chance to see some non-free stars like Ryan Murphy in a skin race. Archive photo via Fabio Ferrari/LaPresse

We might just see that very point swing happen tomorrow, as the Cali women went 4-for-4 in the medley relay last year and also went 4-for-4 in sweeping 1st and 2nd place in the 50 breaststroke.

In our long analysis piece today, we picked Cali as the favorites in the women’s medley all year, with Energy Standard second, while on the men’s side, Energy is the favorite with Cali and the LA Current among four other challengers. Cali, Energy, and LA will all compete in match #1 tomorrow.

Some of the biggest potential point swings from last season could revolve around NCAA graduates joining the ISL as rookies this year. LA’s Abbey Weitzeil and Cali’s Erika Brown are two of the favorites for rookie of the year. The two were set to battle for NCAA titles in both the 50- and 100-yard freestyles last year before that meet was canceled, and there was reason to believe the two could smash all-time yards records in the process.

Now, we’ll see them matched up on the two best returning American rosters from last year, with a chance to finally get some payoff in the rivalry after coronavirus shut down last year’s NCAA meet. How both swimmers translate their yards times to short course meters will also have a huge impact on the overall team standings this year.

The ISL added the 100 IM as a new event this season – and we expect some serious speed. The 100 IM is an often-overlooked event in swimming, not included in the Olympic lineup, nor in the NCAA lineup in yards. That has left the 100 IM mostly a novelty of Short Course Worlds and the World Cup. But when an overlooked event suddenly joins a high-stakes series of meets, we expect to see some breakout swims, and it’s very possible we see world records fall in the 100 IM at some point this season.

Swimming fans have been waiting to see Caeleb Dressel swim a 100 IM for years, and we should finally get a payoff this week. Meanwhile NCAA IM standout Beata Nelson is a likely entrant for the Cali women. Michael Andrew (NY Breakers), Abbey Weitzeil (LA Current), Ryan Murphy (LAC), Florent Manaudou (Energy Standard), Kliment Kolesnikov (ENS) and Emily Seebohm (ENS) are just a few of the other top sprinters we might see in the event this week.

It’s been the weirdest season in a lon time for most swimmers, with the coronavirus pandemic restricting pool access, limiting training, and mostly wiping out high-level competition for months. The biggest question mark in projecting this ISL season is how athletes have fared amid the pandemic. We could see a wide range of outcomes this weekend – athletes very much out of racing shape, or athletes riding a period of rest and recovery to some massive explosion swims.

It’ll be especially impactful in the skin races, where racing endurance comes up so huge in the second and third rounds. Athletes have also been dealing with a lot of wrinkles over the past week or two, from pandemic-affected travel to Budapest to the new medical testing protocols upon arrival, to the new lifestyle of living, training, eating, and trying to carry on a normal life within the ISL’s modified bubble. We have no idea what all those shifting factors will mean in the pool – but we’ll find out.

Last year’s 8th-place team, the New York Breakers took a few sticks of dynamite to their roster and swapped out all but six members of last year’s team. That complete roster rebuild gets an absolutely brutal first test, matching up with last year’s league champion (ENS) and three of the four teams in last year’s finale.

But while the team scores are still an uphill battle, we should get a good glimpse Friday and Saturday of how this Breakers roster looks different, and if the newly-constructed bunch will be able to take some of the lineup weight off of versatile star Michael Andrew. Andrew took on an intense event load last year, but the swims added up and Andrew wasn’t able to have the kind of individual impact many saw for him. A little more lineup support and Andrew could be a huge weapon in the ISL format.

MA took on too event of an event load and didn’t perform well.

Great article. We have ALL been waiting for something like this.

Extra storylines for this meet/season: -Great first look at the teams. This meet features the top-3-ranked teams in the ISL power rankings, so it should be pretty fast. Of course, Energy looks like the favorite, but the jackpot times give Cali a huge positive swing . How close can they get? LA has been ranked 3rd, which we’ll also get to see how well it holds up. -Adding to #2, this meet probably features more top-tier college grads than many other ISL meets. I think Stewart could be an underestimated addition, being a very consistent performer for NC State, swimming fast even in unsuited dual meets. -The jackpot times and other scoring rules are going to be implemented for the… Read more »