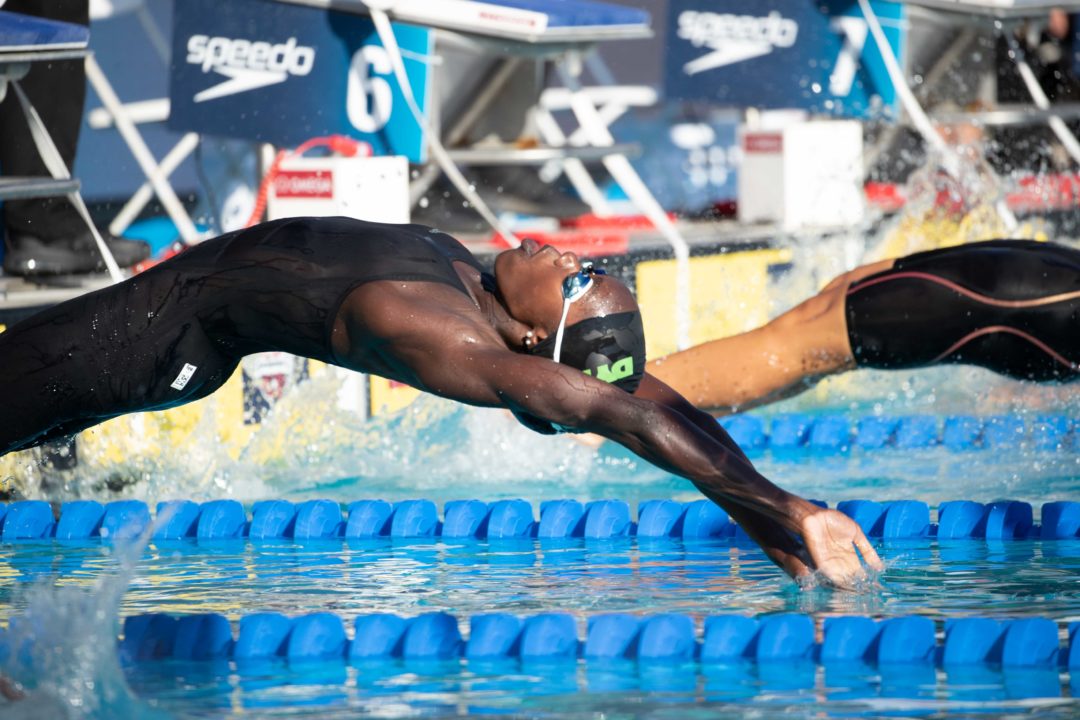 Federica Pellegrini closes her career in Riccione, Italy, where her historical rivals arrive for one last race. Photo vault

Federica Pellegrini transcended swimming in Italy as a prominent public figure, and this week says goodbye to the sport after an illustrious career.

That same day, Dynamo Swim club’s Rye Ulett lowered the 15-16 age group state record in the 100 IM from her and Danielle Della Torre‘s shared mark of 56.35 to a 55.66. She actually broke the record twice, however, having gone a 56.32 in the prelims to first break the record.

SwimAtlanta’s Gigi Johnson was responsible for another record this weekend, hitting a 1:57.73 in the 200 IM final to take out Mary Ellen Blanchard‘s 1990 15-16-year-old record of 1:58.03. Johnson improved upon her best time going into the meet of 1:58.41 which was swum in February of this year.

Along with the 4 individual records that fell this weekend, the Swim Atlanta 17-18 boys 400 medley relay threw down a 3:14.22 swim to break the previous mark of 3:19.06. Together Jack Aikins, Matthew Steele, Sebastien Sergile, and TJ Pittenger took the record from Taylor Delk, Jared Clance, Andrew Huenniger, and Alex Taylor.

Henry will be swimming for Cal starting in the fall of 2021 and will be a solid addition to the team, joining leading breaststroker Ema Rajic while taking over for current senior breaststrokers Ali Harrison and Natalie Tuck. Cal recently won the 2021 Pac-12 women’s team title and had Henry swum her recent time there, she would have placed 5th in the 100 breast and 8th in the 200 breast.

Another notable swimmer who raced this weekend was 3 time US Olympian Amanda Weir. Weir posted the quickest times in both the 50 and 100 freestyles with a 22.62 and 48.86, respectively. She won the 50 by about half a second, beating fellow SwimAtlanta swimmer Gigi Johnson‘s 23.10 and Dynamo’s Peyton Curry who was a 23.15.

Thank you. That was killing me seeing it wrong twice.