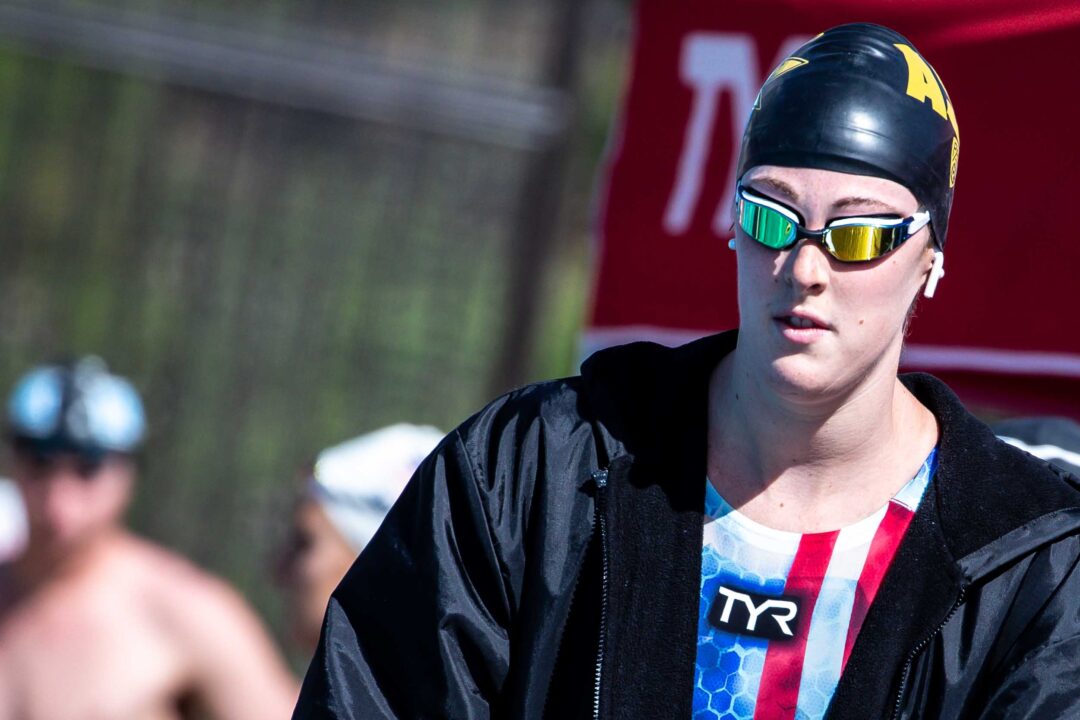 “First ever surgery…and we went big,” Schmitt wrote on Instagram. “Cheers to the next 6 months of rehabbing these hips back to stronger than before. Thankful for all the FaceTimes and messages during this time of recovery.”

Schmitt last competed at last summer’s Tokyo Olympics, where she took home a silver medal in the women’s 4×200 freestyle relay and a bronze in the 4×100 free relay.

The 32-year-old freestyle specialist confirmed to SwimSwam that she has not officially retired from competitive swimming. If Schmitt attempts a comeback, she would be seeking to become just the second American woman to qualify for five Olympics after Dara Torres achieved the feat back in 2008.

Were both hips replaced in the same surgery?

It didn’t say that a replacement was what she had. There are all sorts of hip surgeries

Schmitt’s decimation of the field in the 200 in 2012 is still one of my favourite races. Look forward to a fast recovery.

Prayers for a complete recovery. Do whatever your rehab folks tell you to do! 🙂

Vail, nice place to have surgery

Kind of makes sense right? Vail probably does more orthopedic surgeries/population than any city in the country, complete with a patient base that can afford top-tier care. Makes sense that they would have really good surgeons for this kind of thing.

additionally, it’s home of the Steadman Clinic which pioneered some of the ortho procedures for hip surgery. Top athletes from all sports have been known to travel there for hip procedures. Whether she had it done at Steadman or another clinic nearby, I’m sure she was in really good hands.

Steadmen is one of the best of the best for athletes, especially for hip labral tears and FAI.

Allison rocks. Such an inspiration. Wishing her the best. Great for the sport.

Good luck in your recovery!

I had a joint (successfully) replaced not too long ago.

My takeaways from the experience:

— be in shape (beforehand)
— take rehab very seriously: you’ve got a serious workout ethic but don’t overdo it
— have a good PT (or PT team) to encourage and stretch you
— have a goal (I wanted to get back in the water as soon as possible)
— have a loving partner (or support community) to help you through it
— stay positive

You have all of these ingredients!

I look forward to seeing you compete at US Oly Trials in June ‘24!

Woo! Rowdy says it’ll only take you 3 months to get back in shape once you hit the water again, no problem!