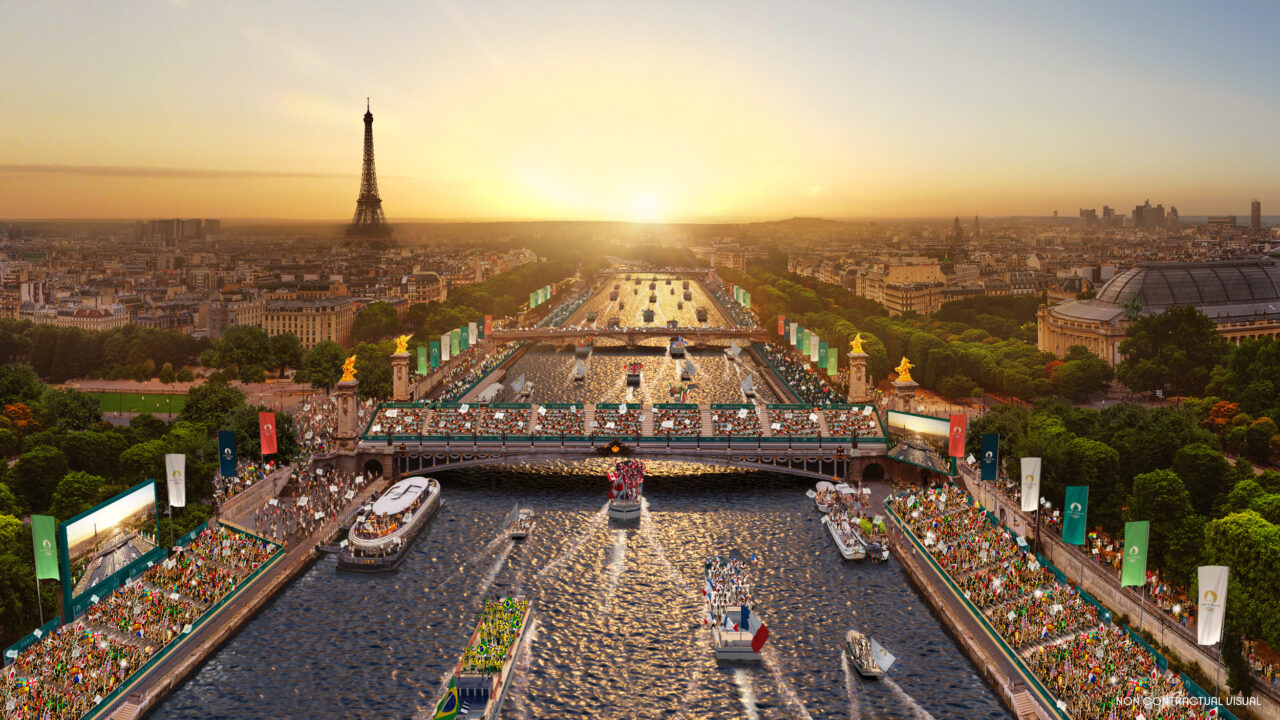 Paris Olympic organizers have selected Thomas Jolly as their artistic director for the opening and closing ceremonies of the 2024 Games and the Paralympics.  Archive photo via Floridan Hulleu/Paris 2024

The 40-year-old actor and director will lead a multidisciplinary artistic team tasked with running the ceremonies less than two years from now. Paris organizing committee head Tony Estanguet called Wednesday’s hire “an ambitious choice that is consistent with our vision.”

“With his impressive career, Thomas Jolly is at the forefront of the young, creative, and ambitious French artistic scene,” Estanguet said. “His extraordinary shows are proof that he knows how to break norms and take them to the next level. Thomas Jolly will be able to imagine unprecedented artistic concepts for the Paris 2024 ceremonies, whether in the heart of Paris, on the Seine for the Opening Ceremony of the Olympic Games, on the Place de la Concorde, which is being considered for the Opening Ceremony of the Paralympic Games, or at the Stade de France for the two closing ceremonies of these historic Games in France.”

Jolly founded his own theater company, La Piccola Familia, in 2007. He turned heads in 2014 when he staged an 18-hour continuous performance of Henry VI featuring three plays and 15 acts (he has since added Richard III for a new 24-hour performance). The following year, he won both the Jean Jaques Cautier prize for young French theater talent and the Moliere Award, the highest theater honor in France.

He displayed his innovation during the COVID-19 lockdown by performing the balcony scene from Romeo and Juliet on his balcony. Next year, Jolly is set to stage Romeo and Juliet at the Paris Opera.

“When I heard about the concept of the Opening Ceremony of the Olympic Games on the Seine, I was struck by the incredible ambition that the Organizing Committee had set,” Jolly said. “With the prospect of an extraordinary Opening Ceremony for the first Paralympic Games in France, and the joyful Closing Ceremonies at Stade de France, I am convinced that we can offer the world unique images in 2024.”

On July 26, 2024, the opening ceremony will take place along the Seine River, breaking from tradition by leaving the usual stadium setting for the first time. Paris organizers are aiming for 600,000 spectators, most of them watching for free, for the Olympic opening as 10,500 athletes float down the Seine on barges.

“By opening the Games to as many people as possible, Paris 2024 displays values which I fully recognize,” Jolly said. “The theater I advocate is also resolutely open because I am convinced that in our time, we need to project ourselves together towards common ideals. As such, the Ceremonies will be a great opportunity to share a collective narrative, to affirm the possibility of a ‘we’ in front of nations around the world.”

The Place de la Concorde, the central Paris square where King Louis XVI and others were executed during the French Revolution, is being considered as a venue for the Paralympic opening ceremony.

The closing ceremonies are slated for the Stade de France, where the World Cup final was hosted in 1998.

“The appointment of Thomas Jolly as artistic director for the ceremonies of the Paris 2024 Olympic and Paralympic Games is excellent news,” Paris mayor Anne Hidalgo said. “The Games will be an opportunity for Paris to showcase its beauty, its strength, and its historic role in the fight against climate change and for the preservation of our planet. Thomas Jolly is renowned for his creativity, and I have no doubt his talents will enable Paris to shine around the world. Thomas Jolly has my full confidence. His fearless audacity will make this ceremony an unforgettable moment in the history of the Games. We offer him our congratulations.”

We were in France for Bastille Day this year and ended up watching tv coverage of the festivities in Paris. The fireworks and pyro after the big concert were totally mind-blowing and seemed to go on forever. Made me get really excited about what they’re going to do for the Olympic Opening and Closing ceremonies.