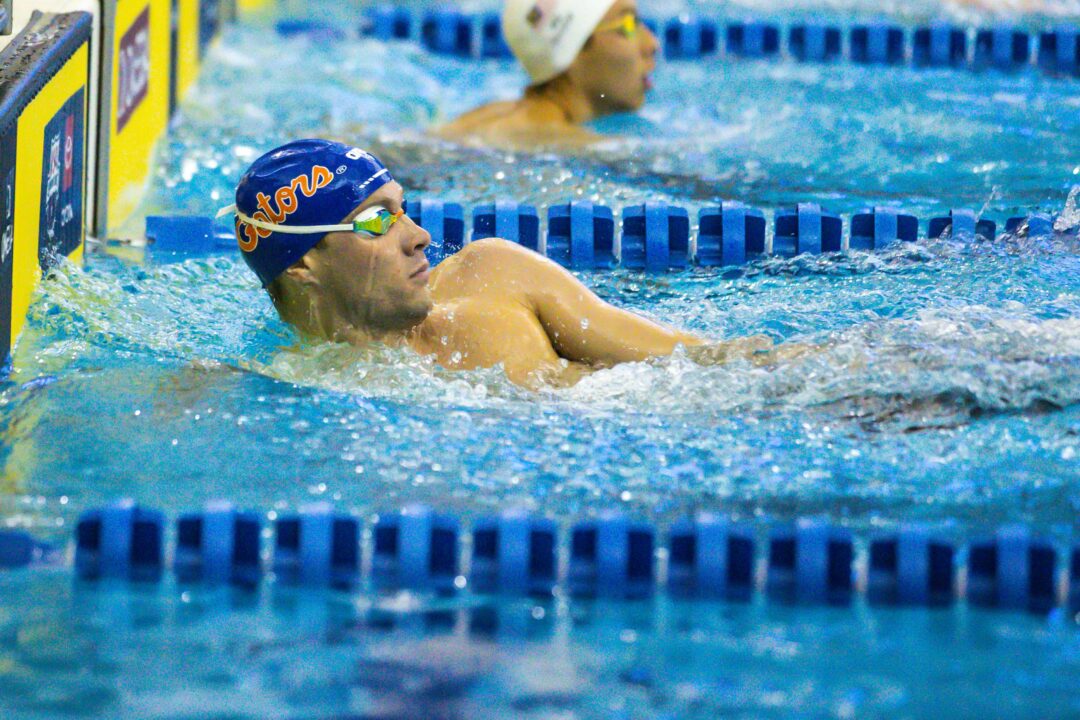 University of Florida teammates Bobby Finke and Trey Freeman, both 22 years old, are the oldest entrants in the 1500m freestyle at U.S. Team Trials. Archive photo via Jack Spitser/Spitser Photography

Thanks to SwimSwam Data Guru Barry Revzin for helping to compile this data.

The current top male distance swimmers in the U.S. are a young bunch. With the U.S. International Team Trials upon us, the oldest men entered in the 800 and 1500 freestyles are just 22 years old.

In the 1500, teammates Bobby Finke and Trey Freeman from the University of Florida are the oldest entrants. Both 22 years old, they will be competing against a field of mostly 17-19 year olds.

Update: Freeman has since scratched the 1500 but is currently still entered in the rest of the meet.

Finke and Freeman are both entered in the 800 as well, with fellow 22 year old Will Roberts rounding out the trio of “old” distance swimmers. Roberts is the oldest of the three, born in July of 1999. Finke and Freeman were born in November, 1999 and March, 2000 respectively.

In general, the field as a whole seems to be somewhat younger this year. Even in years where the age averages were lower, there was still a larger range of ages than there is this year.

However, when it comes to the athletes who advance beyond trials, being on the younger side isn’t necessarily unusual. The average age of U.S. men’s distance swimmers at the last 4 Olympics and World Championships is 22.9. The actual ages of each selected athlete has fluctuated a bit over the years, with a few being unusually high (namely Grothe and Wilimovsky) and the occasional youngster (Finke in 2017).

At the 2022 Trials, Finke is the top seed and heavy favorite in both the 800 and 1500 freestyles. He just finished a successful senior season at the University of Florida, earning a National Championship title in the 1650 yard freestyle at NCAAs in March. Finke also finished 9th in the 500 and 4th in the 400 IM.

Roberts, a graduate student swimming unattached for Cal-Berkeley, is the 11th seed in the 800.

The men’s 1500 will be raced on Tuesday afternoon and into the evening at US Trials.

Below is a complete chart of each event with the total number of entries, age range, and average age of the athletes entered (based on whole-number ages)

Is Charles Clark doing the 800?