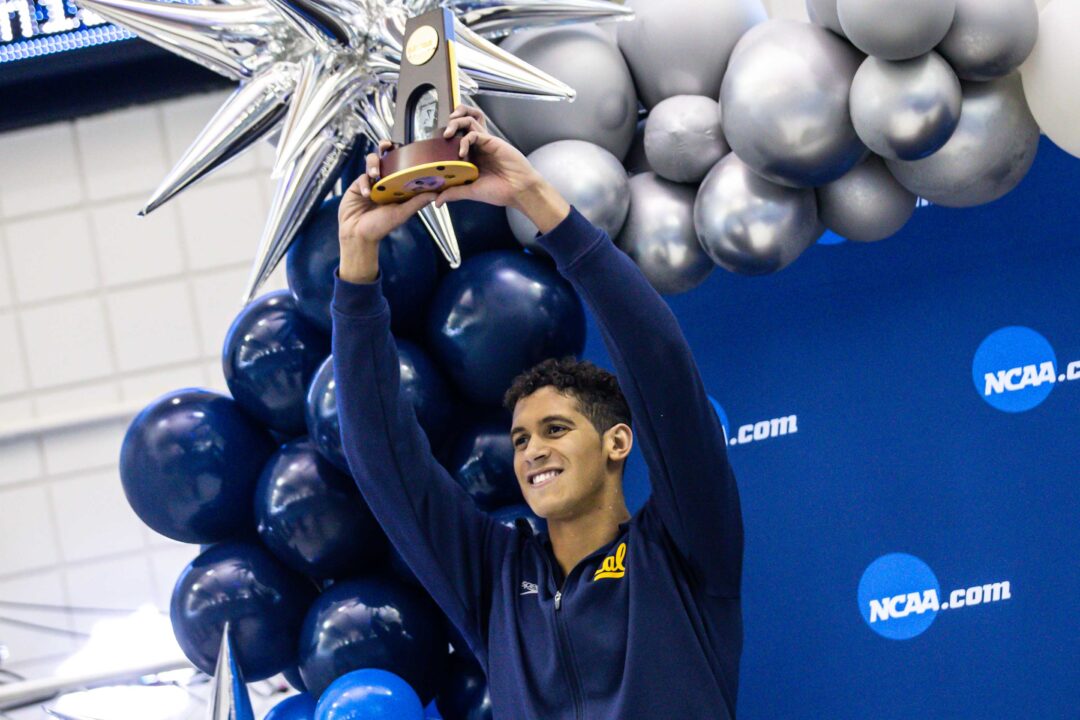 Gonzalez was Spain's only medalist at the European Championships in May 2021. Notably, he won gold in the men's 200 IM. Archive photo via Jack Spitser/Spitser Photography

Spain’s Hugo Gonzalez has announced via Instagram that he will not be attending the 2022 European Championships set to occur from August 11-21 in Rome, Italy.

“It hasn’t been an easy one, but finally I’ll not be competing at the 2022 Europeans this summer. Time to race and flex will come again like in this pic at Europeans last year, but now it’s time for a little break. Still, our goals remain the same for the upcoming seasons, we’re making a pit stop just to change tires 🛞
Still cheering for TeamESP from home, Go Spain 🇪🇸!”

Notably, Gonzalez was Spain’s only medalist on the men’s side at the whole meet as he won one gold, one silver, and one bronze. He also was Spain’s only finalist in all three events he medaled in.

Gonzalez is the Spanish National Record holder in the men’s 50 back and 200 IM. Notably, his 50 backstroke time comes from last summer’s European Championships.

As previously stated, the loss of Gonzalez will be huge as he was Spain’s only medalist on the men’s side at last year’s edition of the European Championships. In addition, he was the country’s only finalist in the 200 IM, 50 back, and 100 back, the three events he medaled in.

I too will not be attending European Championships

Coming back to Cal in the fall?