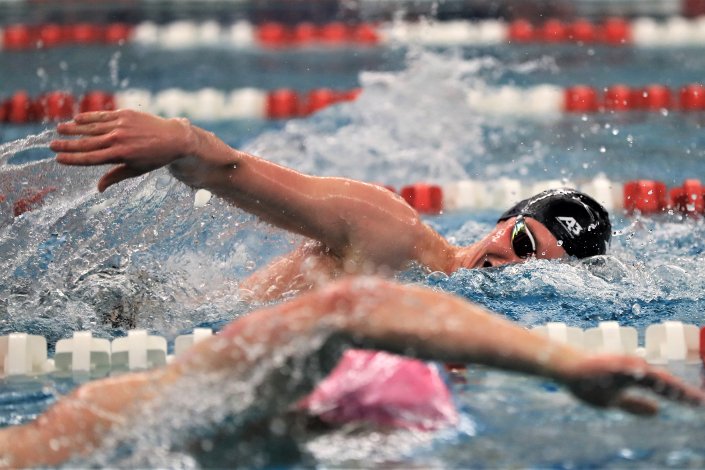 St. Ambrose men had an explosive prelims session on Day 3, outperforming the psych sheet by 29 points. Current photo via @SAUBEES

Keiser’s depth was unmatched on Day 3 as the Seahawks put 19 swimmers in the finals, 15 of which made A finals. Notably, Keiser stuffed the 400 IM A final with six of the eight swimmers and they claimed three of the top-8 slots in the 100 fly and 100 breast. SCAD, who finished Day 2 in third place behind Keiser and Cumberlands, put seven swimmers in finals and, barring unwelcome surprises, should move into second place after tonight’s final. The Bees underperformed the psych seedings by about 12 points this morning but they came into Day 3 with more scoring opportunities than Cumberlands. SCAD, Cumberlands, and Milligan will be jockeying for the second-place position tonight. Milligan had a big morning, too, with seven individual qualifiers for finals.

St. Ambrose had an explosive session, outperforming the psych sheet by 29 points.