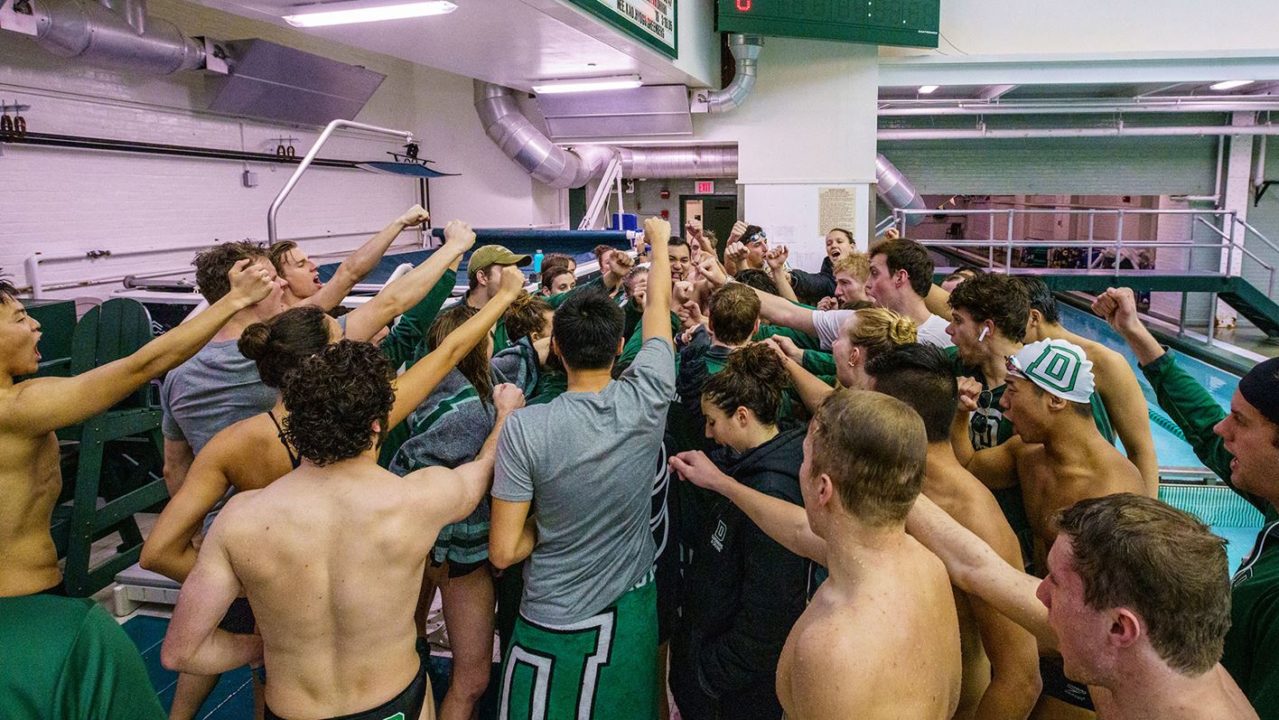 Dartmouth had some surprises on Day 3 of the 2022 Ivy League Men's Championships, beginning with an A-final appearance in the 200 free. Archive photo via Dartmouth Athletics, Doug Austin

Columbia and Dartmouth had big mornings on Day 3 of the 2022 Ivy Men’s Championships, outscoring the psych sheet by 51 and 31 points, respectively. Dartmouth landed its first A-final spot of the meet so far when Isaac Weigel dropped 2.8 seconds to qualify sixth in the 200 free. Columbia had the deepest field of the morning, qualifying a total of 23 swimmers for finals, three of which were top-8.

Penn loaded up with nine A-finalists and another ten in B and C finals for a total of 19 potential scorers tonight. Notably, the Quakers got three into the top-8 of both the 400 IM and the 100 back.

Princeton did better than expected in the 100 fly and 100 back, while Cornell and Yale outperformed in the 200 free. Defending champions Harvard and Brown did about as expected.