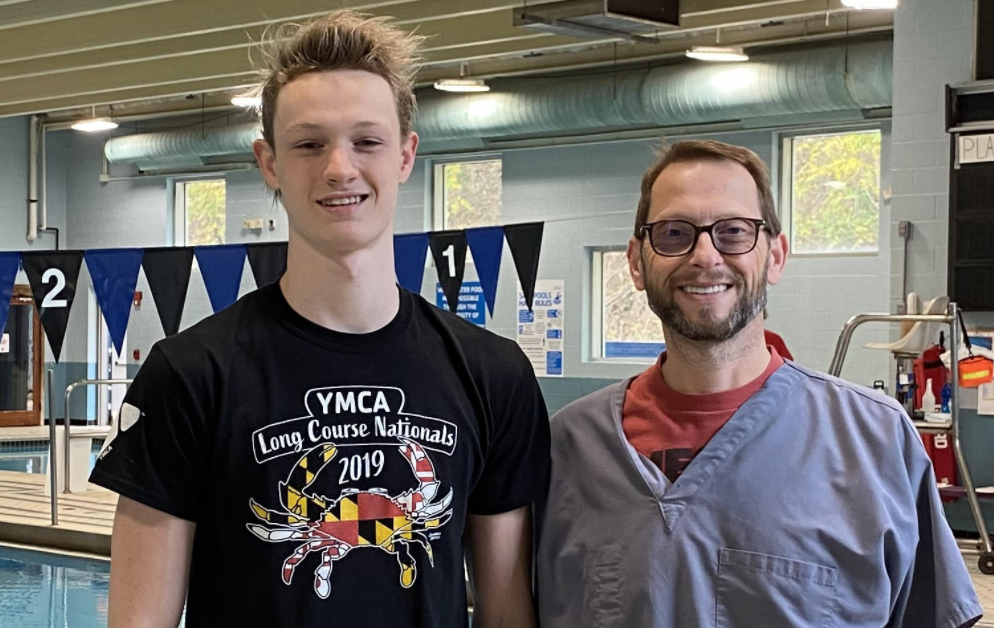 Cumberland Y 16-year-old Daniel Diehl shaved nearly half a second off his personal best in the 50 backstroke with a top-seeded time of 25.55 during Thursday morning’s prelims session at Y Nationals.

Diehl’s previous best was a 26.00 from International Team Trials in April. His new mark makes him the fifth-fastest performer all-time in the boys 15-16 age group. It’s also more than a second faster than any other 16-year-old boy nationally this season. Diehl is already the 15-16 NAG record holder in the 100 back (53.59), and on Wednesday night, he became the No. 3 all-time performer in the 200 back for the boys 15-16 age group with a winning time of 1:57.67.

Western Branch Y 18-year-old Tommy Janton wasn’t far behind Diehl in with a personal-best 25.79 in the 50 back prelims. Janton, who will begin his college career at Notre Dame next month, also led off Western Branch’s top-seeded 400 medley relay team with a 56.46 backstroke split.

Greater Somerset Y 16-year-old Anna Moesch cruised to the top qualifying spot heading into Thursday night’s 400 IM finals. With a 5:00.05, she was five seconds slower than her personal best but still five seconds ahead of the field. On Wednesday night, Moesch shattered her personal best in the 200 freestyle with a 1:59.59 after being stuck in the 2:03-point range for a year.

Sixteen-year-old Greater Somerset teammate Emily Thompson also impressed during the morning session with a 1:01.22 in the 100 butterfly. The time marked a new personal best by .63 seconds and ranks as the 10th-fastest this season among 16-year-old girls nationally. Lakeland Hills 18-year-old Lily Hann took the second seed in the 100 fly with a 1:01.94, but the Indiana commit has been 1:01.23 before, so tonight’s final could be a tight race.

Together, Moesch and Thompson also helped Greater Somerset’s 400 medley relay team secure the top seed in prelims by a comfortable margin. Thompson clocked a 1:03.29 butterfly leg while Moesch split 57.50 on her freestyle anchor.

Fanwood-Scotch Plains Y 16-year-old Clare Logan reached the wall first in the 50 back prelims with a 29.14. Her personal best is a 28.68 from the first leg of the 200 medley relay on Tuesday, which ranks second this season among 16-year-old girls nationally. Lakeland Hill 17-year-old Ela Habjan also put up a personal best by more than a second with a 29.50 to take the second seed behind Logan.

Greater Monmouth Y 18-year-old Kevin Truscio claimed the top seed in the 400 IM with a 4:36.94. It marked a personal best by nearly a second for the University of Cincinnati commit. The boys 100 fly prelims turned out to be the closest race of the morning as Western Branch 17-year-old Alexander Karahalis posted a personal-best 56.29 to edge ME Lyons 17-year-old Justin Dostal by just .07 seconds.

For anyone who knows how little swimming exists in western MD and anyone who has been to the Cumberland YMCA and seen the rinky-dink facility it is, this is a miracle on ice kind of story. Hope to see his trajectory continue!

You forgot to mention for the better part of the SC season, he didn’t have the pool because it was being renovated….