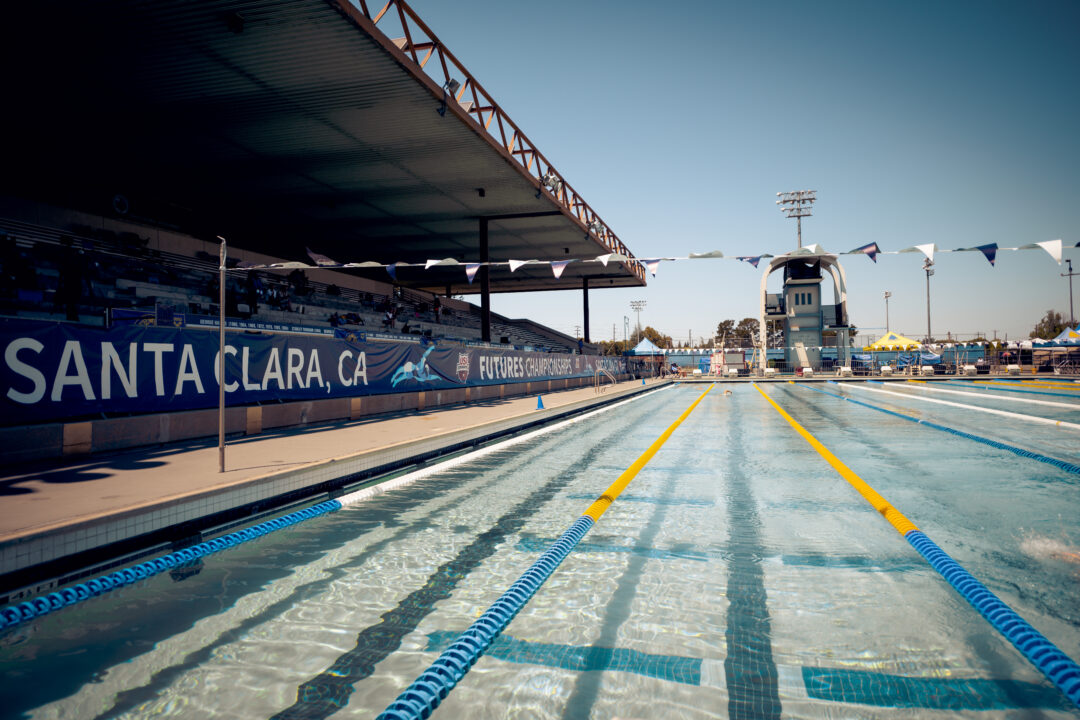 The swim was massive for Ellis, who entered the meet with a personal best of 4:30.27. Current photo via Thien-An Truong/ ttruongphoto.com

The 2nd day of the Futures Championship in Santa Clara saw Sandpipers of Nevada 15-year-old Luke Ellis won the men’s 400 IM in 4:24.02. The swim was massive for Ellis, who entered the meet with a personal best of 4:30.27. In true Sandpipers form, Ellis was spectacular on the freestyle leg of the race, splitting a stunning 59.43, a free split which would have put him up with the best in the field at Nationals in Irvine.

Palo Alto Stanford Aquatics 17-year-old Ethan Harrington ripped a new personal best of 50.11 to win the men’s 100 free. His personal best heading into the meet was 50.99. Harrington was out very quick tonight, splitting 23.90 on the first 50 before clocking a 26.21 coming home. DART Swimming 18-year0old Hayden Ghufran took 2nd in 50.55, dipping under 51 seconds for the first time in his career.

Wolverine Aquatics 17-year-old Sean Christianson won a tight race in the men’s 100 back, leading an ‘A’ final field in which the top 6 finishers all posted 57-points. It was a huge personal best for Christianson, who entered the meet with a best of 59.67. He swam a tight race, splitting 28.23 on the first 50, then splitting 29.20 on the 2nd.

The women’s 100 back was won by Reno Aquatic Club 18-year-old Emma Karam, who swam a 1:03.35. North Bay Aquatics 16-year-old Lila Heffernan took the women’s 100 free in 56.03, touching first by well over a second. The swim also marked a significant drop for Heffernan, beating out her previous best of 56.92.